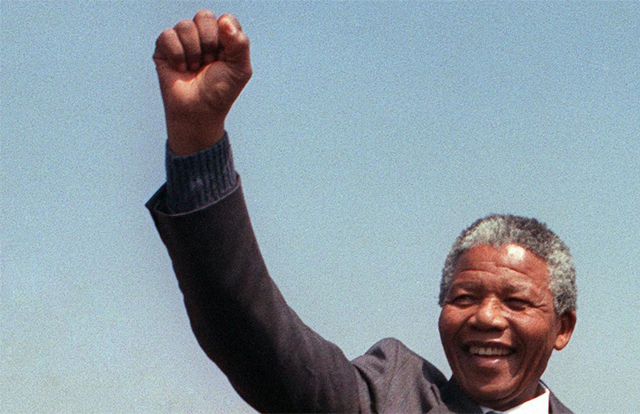 18 July is Mandela Day, a global movement to not only honour Madiba’s life’s work but to act to change the world for the better. The message behind Mandela Day is simple – each individual has the ability and the responsibility to make a positive difference in the lives of others.

But what is it that impels us give money to the homeless or to volunteer at an animal shelter? Is compassion, as we have long believed, a learned trait, or is it in fact, as growing evidence suggests, a natural instinct?

Compassion literally means “to suffer together.” It is defined as the feeling that arises when you are confronted with another’s suffering and feel motivated to relieve that suffering. And, increasingly, experts concur that compassion is a natural and automatic response that has ensured the survival of both animals and humans.

Research by neuroscientist Jean Decety at the University of Chicago has showed that even rats are driven to empathise with another suffering rat, and studies with chimpanzees and human infants too young to have learned the rules of polite behaviour also back up these claims. What’s more, both the chimps and humans were shown to spontaneously engage in helping actions towards their ailing counterparts, with absolutely no expectation of reward. It would seem that the alleviation of another’s suffering, then, is reward enough.

Psychology professor Dacher Keltner of the University of California, Berkeley, is one a number of scientists who has started to map the biological basis of compassion, suggesting its deep evolutionary purpose. Professor Keltner points out that it was evolutionary theorist Charles Darwin who argued for “the greater strength of the social or maternal instincts than that of any other instinct or motive” and who hypothesized that “communities, which included the greatest number of the most sympathetic members, would flourish best, and rear the greatest number of offspring.” Compassion may indeed be a naturally evolved and adaptive trait.

Not only does it appear that we are hardwired for compassion, not self-interest, but feeling compassion apparently also has surprising benefits for our physical and psychological health. Keltner’s research additionally showed that when we feel compassion, we secrete the “bonding hormone” oxytocin, and regions of the brain linked to empathy, caregiving and feelings of pleasure light up, which often results in our wanting to approach and care for other people.

In addition to making us feel good, compassion is beneficial to our physical health too. Keltner’s study showed that compassionate action boosts the positive effects of the vagus nerve, one of ten cranial nerves, which helps to slow our heart rate and, as a result, reduce our risk of heart disease. And compassion was also shown to lower stress hormones in the blood and saliva and strengthen our immune systems.

If that weren’t evidence enough, consider, too, that studies show that compassionate people make more caring parents – brain scans indicate that when people experience compassion, their brains activate in neural systems known to support parental nurturance and other caregiving behaviours. And compassion also makes us better spouses. Research conducted by Professor Jeanne Tsai of Stanford University’s Department of Psychology show that compassionate people are more optimistic and supportive when communicating with others.

And finally, yet further studies indicate that employees who receive compassion in the workplace see themselves, their co-workers, and their organisation in a more positive light, report feeling more positive emotions like joy and contentment, and are more committed to their jobs.

But perhaps the most convincing argument for the virtues of compassion come from Nelson Mandela himself: “What counts in life is not the mere fact that we have lived. It is what difference we have made to the lives of others that will determine the significance of the life we lead.”

5 Things to consider before making a Career Change