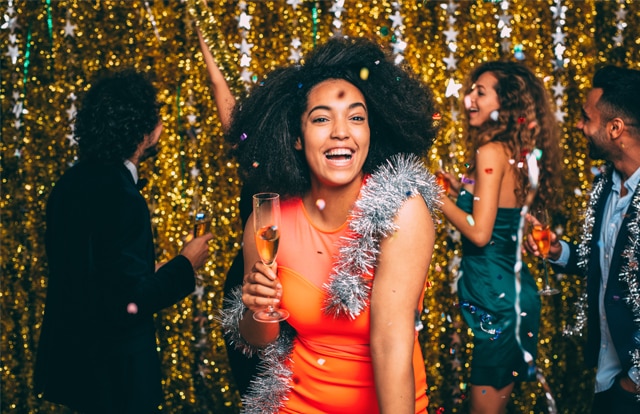 The clean slate offered by a new year is an attractive prospect. What better time to turn a new page in your life? But, while many of us have no difficulty making New Year’s resolutions (sometimes with lists as long as our arms), most of us have a hard time keeping them.

In fact, the most rigorous study of New Year’s Resolutions conducted by researchers at the University of Scranton in Pennsylvania shows a steep drop-off in how long New Year’s resolutions actually stick around: 77% of the “resolvers” studied made it through a full week and 55% stuck with their goals for a month; six months into the new year, however, only 40% of those who had made a New Year’s resolution were still sticking to their goal.

Psychology shows us that making resolutions work involves changing behaviours – and in order to change a behaviour, you have to change your thinking (or “rewire” your brain). Here are 10 ways you can draw on research into the psychology of goal setting, willpower and motivation in order to finally make your resolutions stick…

How to make New Year’s resolutions that work

How’s this for a terrible irony: the more you want your goal, the less you’re likely to plan for it, according to research done by behavioural scientists at Harvard University in the US. That’s because we tend to think good intentions are enough. But an actual plan prevents procrastination. The studies showed that people with rock-solid plans stick to their goals far more often than those who simply wing it.

Make resolutions that you think you can keep. If, for example, your aim is to exercise more frequently, schedule three or four days a week at the gym instead of seven. If you would like to eat healthier, try replacing dessert with something else you enjoy, like fruit or yoghurt, instead of seeing your diet as a form of punishment. By making your resolutions realistic there is a greater chance that you will keep them throughout the year, incorporating healthy behaviours into your everyday life.

Saving R5 000 sounds hard, but what about saving R50 a day for 100 days? Research shows that when we break down a price tag – or, in this case, a goal – into more manageable segments, it’s easier to convince ourselves to go after it. Working towards micro-goals will make the entire process seem more doable, and help you build the momentum you need to keep pushing forward.

A resolution is unlikely to be enduring if you implement it in its totality the first day. Studies conducted by health psychology researchers at University College London, show that it takes on average 66 days for a new activity to become a habit and as much as six months for it to become part of your personality. It won’t happen overnight, so be persistent and patient!

Studies in motivation tell us that three things need to be present to sustain your fire over time: autonomy (you control what you do, rather than letting others dictate it), competence (you have some success the more you do it), relatedness (you share the experience with others). Which means: You can manufacture your own motivation by choosing a resolution that includes all three of these elements.

While research shows that less than 10% of those who make resolutions in the New Year will actually stick to them, if money is on the line, that figure increases significantly. So motivate yourself to stick to your resolution by taking a bet with a friend or promising to donate money to a charity should you fall short of your goal.

Studies have shown that the brain remembers visual imagery better than the written word, so leverage this fact as an opportunity to build an “ecosystem of motivation” – an environment in which you are surrounded with motivating quotes and pictures.

Sure, you want to rush headfirst into the New Year but research proves that stress and exhaustion significantly deplete willpower. When you’re tired you lack both the self-control needed to, say, resist that biscuit, as well as the focus required to stay on course with your goals. If you want to reach those New Year’s resolutions you need to gather the power to pursue them – and that power can come through sleep.

Generally, people like to please others more than they like to please themselves. It’s simply more compelling to deliver on promises made to others than to follow through on personal commitments for the sheer reason that nobody is around to hold you accountable. Having a mentor or coach guide you (read: remind and hound you) is an effective way to turn motivation into habit.

Is one of your New Year’s resolutions to get better qualified? SACAP offers everything from one-year, entry-level certificates and diplomas to fully certified Bachelor of Psychology and Bachelor of Social Sciences degrees. We also offer various study options: part-time and full-time tuition, online and on-campus and evening and day programmes. Fill out the enquiry form and one of our consultants will get back to you with more information.

How to overcome the post-holiday blues