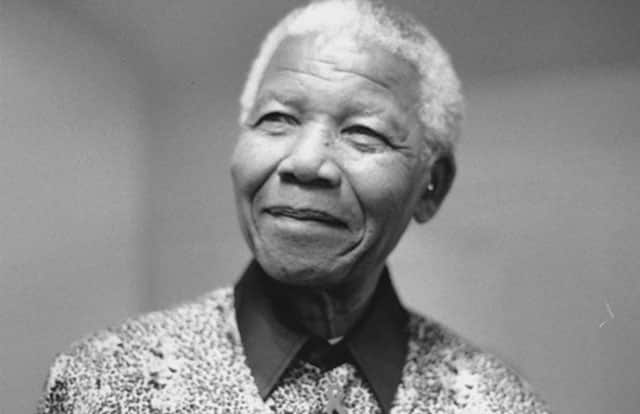 When we think of leaders, we typically imagine someone who has charisma, a booming voice and strong personality. An extrovert who is able to sell their cause or company as well as themselves. However, as the late President Nelson Mandela’s leadership style proved, an introvert can be the greatest leader of all.

Those who are introverts often have three of the necessary range of skills needed to excel as a leader.

It is often the assumption that leaders are extroverts, however former President Mandela proves otherwise. Throughout his famous autobiography, Long Walk to Freedom¸he shares incidents that show his introspective and more introverted side.

Recalling his nine-year-old self, he tells of a clear contrast between himself and his closest companion Justice. Justice was the son of a local tribal chief: “Justice and I became friends, though we were opposites in many ways – he was extroverted, I was introverted; he was light-hearted, I was serious”. In recounting his time at Healdtown College in the Eastern Cape, he says: “I enjoyed the discipline and solitariness of long-distance running, which allowed me to escape from the hurly-burly of school life.” And later, as a young law clerk in Johannesburg, he explains how his early involvement with the ANC was slow and deliberate. He reflects “I went as an observer, not a participant, for I do not think that I ever spoke. I wanted to understand the issues under discussion, evaluate the arguments, see the calibre of the men involved”.

Thus, President Mandela showed us that being a listening leader is a leadership skill that’s well worth nurturing.

The 4 Swiss psychoanalyst’s four famous dichotomous classifications for personality are:

Mandela’s personality clearly leans towards the introverted-intuitive-feeling-judging (INFJ) classification. INFJ is one of the 16 personalities identified on the Myers-Briggs Type Indicator (MBTI), an assessment model, based on Carl Jung’s theories that was developed in the 1940s.

Such allusions to his disciplined, observant and solitary disposition will resonate with students studying theories of personality. Particularly those familiar with Jung’s theories. These are among a range of theoretical frameworks one can use in the study of personality; which is part of the curriculum of SACAP’s Bachelor of Psychology and Bachelor of Applied Social Science degrees.

According to the model, INFJs typically have:

Most would agree, that this describes our country’s former president very well.

Essentially, introverts tend to be more aware of their own shortcomings. Therefore, they tend to compensate for them by preparing, practicing and pushing themselves to do better. Indeed, Mandela bears this out when, in the aforementioned autobiography, he states: “I could compensate for a lack of natural aptitude with diligence and discipline. I applied this in everything I did.”

By being someone who was willing to observe, and learn from what he saw, Mandela was thus able to be a better leader.

3. Knowing When to Lead and When to be Led

Mandela recounted to editor Richard Stengel, who worked with him on a Long Walk to Freedom, that there is wisdom in “leading from behind”.

As a boy, claims Stengel, Mandela was greatly influenced by Jongintaba, the tribal king who raised him. When Jongintaba had meetings of his court, the men gathered in a circle, and only after all had spoken did the king begin to speak. The chief’s job, according to Mandela, was not to tell people what to do but to form a consensus. ‘Don’t enter the debate too early,’ he used to say… The trick of leadership is allowing yourself to be led too. ‘It is wise,’ he said, ‘to persuade people to do things and make them think it was their own idea.’

Good leaders enable consensus to be reached and those who follow them to be onboard with their planned way forward. A vital part of being able to do this is to be able to listen to the ideas of all consulted. Then incorporate the best of the proposed plans into a consolidated way forward. By practicing this, President Mandela’s leadership style showed us the wisdom of knowing when to lead and when to be led.

Leaders Can Be Grown

How much of Mandela’s success as a leader can be attributed to his personality type is impossible to quantify. But it’s hard not to admit that the behaviours underpinning his success could very well have been predisposed by the fact that, despite his gregarious manner and that dazzling, beatific, all-inclusive smile, Madiba was really an introvert at heart. Thus, in order to be a great leader, he was willing to learn from, listen to and observe those around him.

Therefore, what our previous president teaches us is that we can nurture and improve upon leadership skills. There are multiple ways to go about honing your leadership skills. A leadership or business coach is an ideal addition to speed up this leadership learning process. They can assist you in getting the most out of your existing talents and grow your skill set to your advantage. Additionally, they can help you with introspective evaluation thereby enabling you to recognise blind spots you need to work on. Thereby, developing a leadership style that incorporates your strengths and minimises your challenges.

Annually, on Mandela Day, South African’s are encouraged to actively participate in transforming our country. The Mandela Day campaign encourages us to become leaders in making South Africa a better place by starting with 67 minutes on the 18th July. These 67 minutes are a symbolic representation of the number of years that Mandela fought for social justice in South Africa. People generally support or participate in projects aimed at changing lives for the better. For example, to volunteer at a haven-shelter, put together food, clothes and stationary packs for those in need or organise an event to celebrate the carers amongst us.

Do you see yourself as a future leader, or as someone who can help others hone their own leadership qualities? Pursuing a career in coaching is a path that leads to helping others unlock their own potential as well as continuous self-growth. The South African College of Applied Psychology (SACAP) offers a range of coaching courses, including the Postgraduate Diploma in Coaching and the Coach Practitioner Programme. For more information, enquire now.

How to talk to your kids about substance abuse

A counselling course could fast-track your career