Self-harm: What the condition is and what it is not 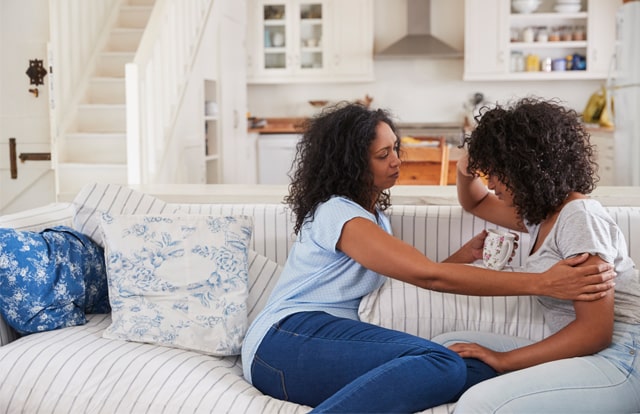 Self-harm is not a mental illness in itself, but it can be a symptom of an underlying problem. We examine in greater detail.

Of all the disorders afflicting young people today, perhaps the most puzzling is self-injury – deliberate cutting, cigarette burning or other repetitive mutilation of body tissue. No one knows whether it’s a sudden epidemic or has been rising gradually, but there appears to be a significant increase in its occurrence.

Self-harm IS a way to cope with inner feelings

Research shows that self-harm frequently starts in adolescence and is particularly prevalent in homes where there is a repressive environment, where negative emotions are swept under the carpet or where feelings aren’t discussed. One factor common to many people who self-harm is that they were taught at an early age that their feelings were “bad” and “wrong”. They may also not have had any good role models to demonstrate to them how to express and cope with their emotions. In essence, the physical pain of self-mutilation takes priority over the mental pain, momentarily numbing the latter.

Self-harm is often confused with suicidal behaviour but, in fact, the two are quite distinct from each other. The major difference between the mindset of a self-harmer and someone who is suicidal is that of “intent”. With suicide, the intention is to bring an end to one’s life; to terminate pain and suffering. Conversely, with self-harm, the intent is to find relief and release from emotional pain and distress. Most people who engage in self-harming do so as a means of coping with their pain, as opposed to escaping it, which is the case with suicide. But, while a person who self-harms may not intend to commit suicide, their self-injurious behaviour may result in accidental death.

Perhaps one of the most forgotten reasons for self-harm is that the body releases painkillers, known as endorphins, to help people deal with the pain. Endorphins are also involved in the experience of many “relaxed” feelings within the brain. Thus, by hurting themselves, self-harmers are semi-unintentionally releasing chemicals in their brains that actually make them feel better. Because self-harming can cause changes in the brain’s chemistry, which gives the effect of a “rush”, it can easily become addictive and, needless to say, is highly dangerous.

Self-harm IS NOT a mental illness

Self-harm is not a mental health problem in itself. Rather it is a symptom of an underlying problem and could be a part of a diagnosis of bipolar disorder, schizophrenia, eating disorders, obsessive-compulsive disorder or post-traumatic stress disorder. For this reason, a psychologist should be the first step in treatment. Various forms of therapy have been shown to be effective in helping the sufferer to recognise triggering feelings and to learn to address them in healthier ways. Relaxation techniques and coping mechanisms are also helpful in reducing the anxiety that often precedes self-harm, and medication may be used to reduce the initial impulsive response to stress while other coping strategies are developed.

Parents should be on the watch for the following:

– Unexplained injuries. The most typical cuts are very linear, parallel lines carved into the forearm, upper arm and sometimes the legs. Some youngsters cut words into themselves – if they’re having body-image issues, for instance, they may cut the word “fat”, while trouble at school could be denoted by the words “stupid”, “failure”, “loser” or a large “L”.

– Covering up. People often try to keep self-harm a secret because of shame or fear of discovery. As a result, they may keep themselves fully covered at all times, even in hot weather, to avoid discovery.

– Behavioural changes, such as becoming very withdrawn, or changes to eating habits or being secretive about eating, and any unusual weight loss or gain.

– Low self-esteem, self-loathing and expressing a wish to punish themselves. Signs of low self-esteem include blaming themselves for problems or thinking they’re not good enough for something.

Are you interested in finding out more about human behaviour and the way the mind works? Do you have a desire to enter the helping professions? If so, why not consider studying counselling at SACAP? The South African College of Applied Psychology offers a range of vocational, academic and professional counselling courses aimed at everyone from qualifying graduates to mature students. For more information, enquire now.

3 Steps to Being More Courageous Every Day