Recovery Film Festival 2016: Be Inspired by These Powerful Films About Recovery 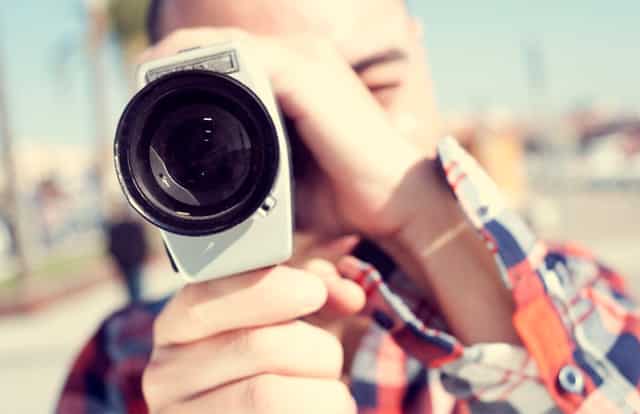 Recovery and Addiction Under the Lens

Out of work, out of the house, out of chances? Alexander McKay is a talented British singer-songwriter whose life is horribly blighted by alcoholism. At once harrowing, heartrending and, ultimately, uplifting, his is a story of the agonising journey through addiction and beyond, to finding the opportunities that sobriety – and life itself – has to offer.

Directed by South Africa’s Roydon Turner and awarded at the London Independent Film Festival, ‘Stones’ is just one of the highly lauded films being shown during the fourth annual South African Recovery Film Festival, which takes place from 22 to 25 September 2016 at the Labia and the Bioscope theatres in Cape Town and Johannesburg respectively.

Staged in partnership with the South African College of Applied Psychology (SACAP), the four-day Festival sees the screening of more than 15 front-line documentary and true-life feature films that explore the themes of addiction and issues surrounding mental health while, at the same time, celebrating the process of recovery.

‘My Name Is… And I’m an Alcoholic’ is one such film included in the stellar line-up. Proving the old adage that alcohol is indeed the “greatest leveller”, this candid documentary charts the tempestuous relationship with alcohol held by eight very ordinary people – from a doctor to a professional cellist, a single mother to a student counsellor. As much a story of struggle as it is one of hope, this sensitive and resonant film takes audiences straight into the heart of one of society’s most prevalent and misunderstood addictions.

Equally poignant, ‘My Name Was Bette’ chronicles the progression of alcoholism in the life of American nurse, wife, and mother, Bette VandenAkker, who eventually succumbed to the disease in 2007. Co-produced by Bette’s daughter, Sherri VandenAkker, the film provides a personal look at the physical, emotional and mental toll alcoholism takes on both the addict and those closest to her. But, while deeply moving (and often shocking), the story also offers hope to those affected by the disease who seek to heal their pain and damaged relationships.

Another highlight on the Festival bill, ‘Generation Found’ presents a similarly uplifting message: that there is a way out of addiction. A thought-provoking account of how a community in Houston faced the alarming reality of having to, at best, imprison, at worst, bury, its young people, this film documents the coming together of the city’s inhabitants, who eventually built the world’s largest peer-driven youth and family recovery community. ‘Generation Found’ is not only a deeply personal story, but also one with real-world utility.

‘Little Girl Blue’, on the other hand, is an unforgettable tribute to the original “rock chick” herself, Janis Joplin. While Joplin’s ferociously soulful voice and stage presence helped her break into the male-dominated rock music scene of the late 60s, her personal battle with inner demons and addictions tragically robbed the world of a great talent far too soon. Produced by Oscar-nominated filmmaker Amy J Berg, this film presents an insightful portrait of Joplin’s life, from her rise to musical fame to her struggle with alcohol and heroin addiction.

In addition to these and other powerful films on the programme, Festival goers will also get the chance to see three “audience favourites” from last year’s line-up. ‘Addicts Symphony’, which follows 10 classically trained musicians, all in recovery, scooped the audience-choice award at the 2015 Festival and organisers have been inundated with requests to rescreen it. ‘Back From The Edge’, which explores America’s obesity crisis and its addiction to prescription drugs, was another 2015 favourite, with health practitioners in particular singling it out as one of the most useful films screened. Finally, ‘No Time To Think’, a hard-hitting film about the rise of technology addiction, has also been included again on this year’s bill.

A must-attend event for addicts in recovery, family, friends, health-care professionals, carers of all types, policy makers, law enforcers, and anyone who likes a good film, The South African Recovery Film Festival encourages the understanding of addiction and, above all, the celebration of recovery.

Click here to see the full programme of films. Tickets cost R50 and are available from Webtickets.

I Lie, Therefore I am: The Recovery Film Festival 2016 Presents Dishonesty – The Truth about Lies

Could You be an Effective Counsellor?