What is grit? These are the 5 characteristics 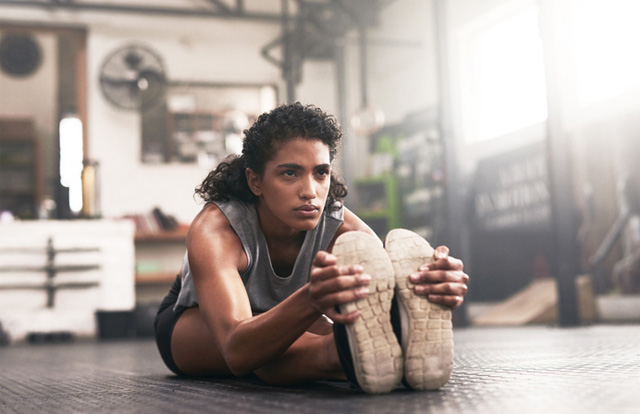 Again and again, teachers, professors and anyone else in the teaching professions will tell you that IQ is not the only difference between their best and worst students. Increasingly, psychologists are finding that the one characteristic that is emerging as a significant predictor of success is not social intelligence, or good looks, or physical health, or IQ. It’s grit. It’s been said that grit is living life like it’s a marathon, not a sprint. But what is grit? And how can it be nurtured?

“Grit is passion and perseverance for very long-term goals,” says American psychologist Angela Lee Duckworth, who currently spearheads some important studies into the role grit plays in success. “Grit is having stamina,” she continues. “Grit is sticking with your future, day in, day out, not just for the week, not just for the month, but for years, and working really hard to make that future a reality.”
Duckworth herself is the first to say that the essence of grit remains elusive. But the five common characteristics of grit listed below can make things clearer. How do you measure up?

1. Courage
When you think of courage you may think of physical bravery, but there are many other forms of courage. After all, courage is not the absence of fear, but the triumph over it. Examples of courage include taking a chance when others will not; following your vision, no matter where it takes you; standing up for what you believe in, especially when your beliefs are unpopular; or simply doing the right thing even though easier options exist. The qualities of courageous people include patience, the ability to believe the unbelievable, and the guts to say “no”. They are not afraid of taking an unpopular stand, nor of asking for help. They are able to forgive and move on quickly, but also to stay the course when everyone else has abandoned ship.

2. Conscientiousness
Conscientiousness is defined as the personality trait of being thorough, careful, or vigilant. Conscientiousness implies a desire to do a task well and conscientious people are efficient and organised, not resting until the job is done and done right. Generally, the conscientious have strong moral principles and values: they want to do the right thing and opinions and beliefs on any subject are rarely held lightly. They also tend to be perfectionists who like to do everything “the right way”. In addition, the conscientious person is dedicated to work and is capable of intense, single-minded effort. They like the appearance of orderliness and tidiness and are good organisers, catalogers and list makers. Finally, conscientious people stick to their convictions and opinions – opposition only serves to strengthen their dogged determination.

3. Perseverance
“If you are going through hell, keep going,” Winston Churchill famously said. Indeed, to many people, perseverance is synonymous with pain and suffering but those with true grit are able to flip their perspective on perseverance 180 degrees and view struggle as a doorway to pleasure. Essentially, to persevere means to start and continue steadfastly on the path towards any goal you set and frequently this factor alone is the difference between failure and success. However, one of the distinctions between someone who succeeds and someone who is just spending a lot of time doing something is this: practice must have purpose. That’s where long-term goals come in. They provide the context and framework in which to find the meaning and value of your long-term efforts, which helps cultivate drive, sustainability, passion, courage, stamina… grit.

4. Resilience
In one word, resilience is “toughness” – the capacity to recover quickly from difficulties. In general, those who are extremely optimistic tend to show greater resilience. They approach life with a sense of humour, are able to laugh at themselves and to reframe situations and experiences to see a lighter side. Resilient people also tend to have a strong moral compass or set of beliefs that cannot be shattered. They don’t compare themselves to others, knowing instead that they are their own yardstick of success. They also see difficulties as stepping stones to transformation. Finally, they do not try to control their lives. Instead, they cultivate self-awareness and practice mindfulness. They surrender themselves to life’s ups and downs and adjust their attitudes and goals according to the size of the wave they are currently riding.

5. Passion
Passion creates excellence when mediocrity will do. Passionate people have a deep sense of purpose and are often selfless in their actions. They also know themselves – they have a clear sense of their values and beliefs, and they live by them. They generally accept themselves as imperfect and growing, seeing life as a series of choices and options. They are driven by goals, and are result-oriented. They don’t let anything stop them – they have a “will to find a way” attitude and don’t accept “no” for an answer. By the same token, they are also enthusiastic about the success of others. Finally, they take responsibility for their lives but are not afraid to ask for support. Passionate people recognise that they are in the driver’s seat as they travel on their journey of life.

What you need to know about becoming a Social Worker