6 Psychology hacks to fire up your focus when studying 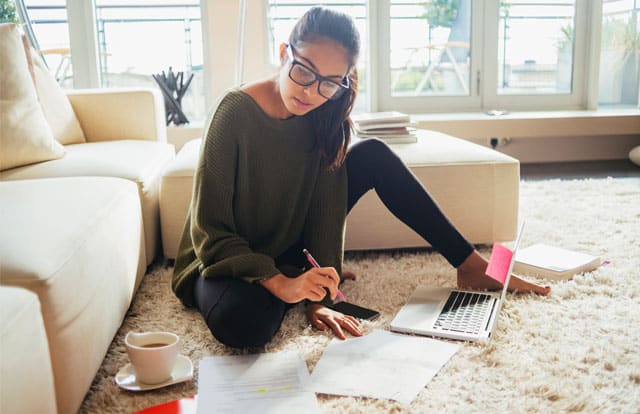 To help boost your concentration and get the most out of your study hours, follow these six strategies, all backed by real psychological research…

Is it really that time of year again?

Do you believe that you have your study techniques down pat? Well, you may be surprised to learn that some of the most commonly used study habits are not serving you as well as expected.

According to research many frequently used study techniques – such as memorising flashcards, or spending hours at a time focusing on a particular subject – don’t actually encourage long-term learning. In addition to this those habits that you’ve always suspected may be bad, such as last minute cramming, may be even worse than you thought.

To improve your concentration and get the most out of your study hours, follow these six strategies, all backed by real psychological research.

Research by Dr Glenn Wilson, a psychologist formerly from King’s College, London University, found that workers who were constantly distracted by phone calls and emails performed 10% lower in exams than their IQ predicted. In addition to this, Dr Richard Nisbett, a psychologist at the University of Michigan, discovered that adolescents who had developed good study habits performed, on average, better in examinations than their peers who had IQ’s up to 20 points higher. “This is a direct result of their more focused attitude when it comes to their schoolwork,” he says in The Geography of Thought. As a result, to get the most out of your study hours and IQ, be sure to unplug and keep distractions at a minimum.

Our bodies run on a 24-hour circadian cycle. This is the reason that we often feel alert or tired around the same times each day. The circadian cycle influences fluctuation in body functioning and regulates changes in body temperature, heart rate and hormone secretion. Research shows that these changes have a direct influence on our cognitive functioning, such as decision-making and memory. Everybody has an optimal time of the day when they get their best work done. During this time focus on your most challenging tasks as this is when you generally feel most alert and productive. For the majority this optimal time is in the morning.

A study in the Journal of Nutrition found that mild dehydration (so subtle that you don’t really feel it) can lead to lack of concentration. “When the brain detects even the smallest changes in physiology, it may begin operating at a suboptimal level to get your attention,” explains study co-author Dr Harris Lieberman, a psychologist at the US Army Research Institute of Environmental Medicine. “Thirst is not the best measure of hydration, so a decrease in your ability to focus is an early warning signal that it’s time to drink up.”

It is no surprise that research shows that cramming is not the most optimal way to study. By reading and reviewing information every week we learn a lot more than by cramming the night before an exam. Processing information bits at a time, rather than all at once, enhances our long-term memory. This is further aided by the fact that repeatedly viewing the same information encourages “relearning”, which helps move information into long-term memory storage. When it comes to studying slow and steady definitely wins the race.

Many consider memorising flashcards to be a sure way to get that ‘A’, but this is not actually true. In psychology, there are different levels of processing material, ranging from shallow to deep. Shallow processing would be memorising something while deep processing is about making a connection with the material thus making it meaningful to you. When you memorise you are using shallow processing, which is not very effective when trying to remember info. Rather than learning flashcards off by heart it would be more beneficial to try to take the material and apply it to your own life. This way you’ll remember it better when you are tested on it.

A study from the University of Illinois suggests that taking a scheduled study break can actually assist with minimising distraction and maximising studying. The study examines a phenomenon called “vigilance decrement,” or losing focus over time. Taking a short break in the middle of a long task re-energises the brain. “We propose that deactivating and reactivating your goals allows you to stay focused,” says research psychologist Alejandro Lleras, who found that participants who were given short breaks during a 50-minute task performed better than those who worked straight through.

Procrastination: The avoidance of tasks (and how to avoid it)

This is the impact of technology on teen anxiety, according to studies