This is the impact of technology on teen anxiety, according to studies 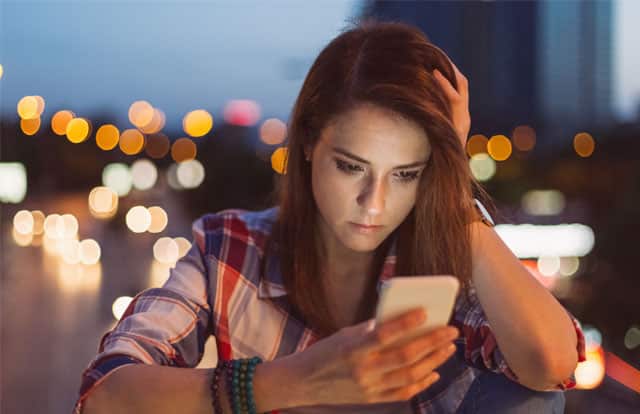 We’re in a moment where anxiety is running rampant, spreading like an epidemic among adolescents, say health professionals.

In the last 10 years, there’s been a notable rise in sleeplessness, loneliness, worry and dependence among teenagers – a period that, not surprisingly, coincides with the lifespan of the iPhone.

One study found 48% of teens who spend five hours per day on an electronic device have at least one suicide risk factor.

Through likes and follows, teens “are getting actual data on how much people like them and their appearance,” says Lindsey Giller, a clinical psychologist at the Child Mind Institute in New York who specialises in youth and young adults with mood disorders.

Of course, teenagers have felt the need to fit in with peer groups long before social media was even a blip in cyberspace. But technology is turning these age-old problems into powerful fuel for teen anxiety. Here’s how…

How many pictures on Instagram show your friend struggling over a stack of books before exams? Most people want to show off to the world when posting online, so they only highlight their best moments. When teenagers scroll through their newsfeeds, it’s easy for them to think that all their friends and classmates are perfect, and that, by comparison, they are nothing less than losers? The negative implications this has on self-esteem is obvious and, it goes without saying, a major cause for distress.

As a species we are very highly attuned to reading social cues,” says Dr Catherine Steiner-Adair, a clinical psychologist and author of The Big Disconnect. “There’s no question kids are missing out on very critical social skills. In a way, texting and online communicating – it’s not like it creates a nonverbal learning disability, but it puts everybody in a nonverbal disabled context, where body language, facial expression, and even the smallest kinds of vocal reactions are rendered invisible.”

The concern among neuroscientists studying the workings of the teenage brain is that the tendency to divide their attention, rather than focus, is hampering their ability to perform even the simplest of tasks. Research has already linked multitasking – texting, using social media and rapidly switching among smartphone-based apps – with lower grey-matter volume in the brain’s anterior cingulate cortex (ACC), a region involved in emotion processing and decision making. More research has associated lower ACC volumes with depression and addiction disorders.

Increasingly, teens are having a hard time regulating their emotions. This means that they are unable to respond to feelings that are socially responsible. Instead, they have outbursts at inappropriate moments and require attention when they should be able to “handle it on their own”. In today’s world, self-soothing, the act of calming oneself, is being replaced by the phone or iPad screen. This path of avoiding real feelings with distraction is the same path that other addictions take and as a habit needs to be avoided. To put it simply, it’s a slippery slope. Bottom line: Teens need to learn to sit with their discomfort and work on real solutions to the issues they face.

Less confrontational but more harmful, social media has, for many teens, become the avenue of choice for bullying. Today, accusations can be shared with an entire school with the simple click of a mouse. Bullying used to be something that mainly happened at school but social media has made it a 24/7 phenomenon. What’s more, when you’re writing and posting things (as opposed to engaged in a face-to-face interaction) you simply don’t have the same filters in place. The result: More abrasive statements, and yet more reasons to feel anxious.

The world is changing fast. The question is, how will these changes interact with human psychology? Learn more about the challenges faced by psychologists and counsellors by studying psychology at SACAP. Psychology courses on offer include part-time and full-time courses, as well as distance learning options. For more information, enquire now.

6 Psychology hacks to fire up your focus when studying