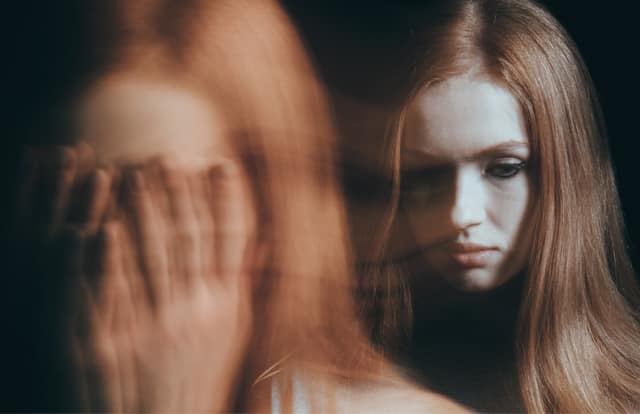 Borderline Personality Disorder (BPD) is a psychological issue that’s diagnosed in about 2% of the population – more than bipolar & schizophrenia combined – yet the majority of sufferers are unsure where to turn for help.

BPD also happens to be a very serious illness: research shows that 10% of ‘borderline’ adults succumb to suicide, a higher rate than any other mental illness, and a third of the young people who commit suicide have features of BPD.

Because BPD has a huge number of symptoms (experts claim that there are some 256 different ways the disorder can present itself!), diagnosis is often difficult. Add to this, too, the fact that where – rather than referring to a problem with a patient’s personality, the name traditionally refers to the mix of symptoms located on the border between psychosis and neurosis. What’s more, because patients tend to subject not only their loved ones but also their therapists to a roller-coaster of emotions, BPD sufferers are often regrettably labelled the patients psychologists fear most.

‘People with borderline personality disorder have a distorted image of themselves and often feel worthless and fundamentally flawed,’ says Janine Taylor, a counselling psychologist and SACAP educator.

Taylor explains that BPD sufferers are thought to have longer, deeper and more extreme emotional reactions to situations and are often unable to comfort themselves or see past a time of extreme emotion: ‘As a result, in an attempt to relieve themselves of the unbearable emotional pain they experience, borderlines are susceptible to impulsive behaviour.’

Taylor is quick to add, however, that at the root of all that emotion is a very real fear of abandonment. ‘A person with borderline personality disorder will spend the majority of their time worrying about being abandoned by those they most love, and acting on that feeling in a negative way,’ she says.

‘Sufferers of BPD often experienced neglect, abuse or unstable attachments as children,’ Taylor continues, explaining that, frequently, borderline sufferers would not have had their emotions regularly validated as children. ‘When children have to cope with dysfunctional parents – a demanding mother, say, and a father who is absent physically or emotionally – they learn to suppress their own needs and capitulate to the needs of their parents. Essentially, the child learns that hiding his true thoughts and feelings is the surest way to survive.’

Taylor describes how this ‘emotional camouflaging’ is then carried into adulthood, where it causes untold frustration in interpersonal relationships: ‘Always holding back their true thoughts and feelings, borderlines feel constantly misunderstood, yet are blind to their own role in the communication difficulties. Instead, they blame others for everything.’

But not beyond help

This dynamic explains why BPD clients are so dreaded by many psychotherapists. ‘Because healthcare workers often do not understand that a difficulty to trust is innate to the pathology, they take their patients’ actions personally,’ explains Taylor. ‘It’s said that it takes just one borderline patient to make a therapist feel like a failure.’

Despite the seriousness of the disorder (or maybe because of it), borderline personality disorder remains greatly misunderstood. ‘In my opinion, therapists are too quick to attach the BDP label,’ says Taylor, adding that it has even been claimed that virtually every major mental illness can be represented within a BPD diagnosis.

It is for this reason that screening for BPD must be done thoroughly, preferably by a professional trained in the field, she emphasises, but adds that it is also time to reject the notion that people with personality disorders are beyond help: ‘While borderline personality disorder causes difficulties with social interactions that can be debilitating for those with the disorder as well as their loved ones, BPD is not untreatable and specialised psychotherapy can significantly improve the lives of individuals with this debilitating disorder.’

If you’re interested in learning more about counselling, and the methods for treating conditions such as BPD, SACAP offers a range of courses that including part-time and full-time options, as well as distance learning. These courses can help pave the way for a career in counselling, and provide the necessary qualifications to become a registered counsellor. For more information, enquire now.

Why Reflect on Heritage?

3 steps to being more courageous every day

5 mental health courses you can study at SACAP

Coronavirus: psychologically preparing yourself for a lockdown