Coaching in the workplace can be a game changer 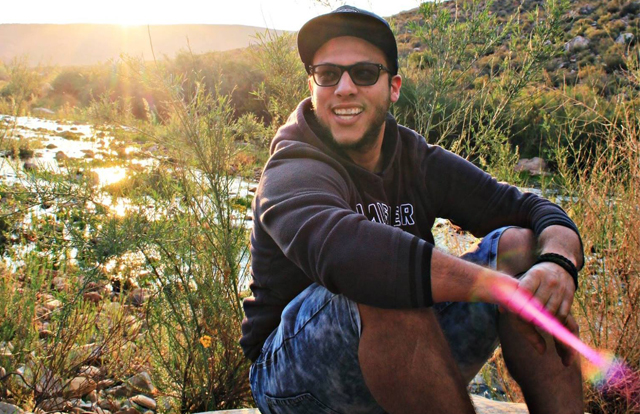 Rohan de Jongh believes SACAP has helped catapult his work performance to the next level.

Technology is an incredible space. With billions using it every day – every minute of every hour – it’s an extremely exciting industry to work in. It’s also very demanding. People look to their devices for information, communication and ultimately rely on them to provide solutions. That’s where Rohan de Jongh plays an integral part.

Rohan, 30, is a Senior Solutions Engineer at 4C Group Of Companies. His role involves a multitude of highly technical responsibilities, which revolve largely around creating and implementing solutions. Currently he heads up a team of engineers working within the mobile money space. “I assist the team in the design of projects from a development point of view as well as from a configuration perspective,” he says.

While Rohan specializes in a jaw-dropping amount of complex-sounding software – Oracle PL/ SQL, Java, NGINX (to name just a few) – the satisfaction he gets from weaving his skills in the workplace is simple. “Building integrations that assist with the everyday lifestyle and daily struggles of millions of people throughout Africa is what I love most about my job,” he explains. It has its challenges, too. “Engineering the perfect solution while ensuring there is no revenue loss can be tricky,” he admits.

In September last year Rohan enrolled in SACAP’s Coaching in the Workplace online short course. His CEO, who values the effects coaching can have in a team environment, encouraged him to attend. “When we work in our day-to-day jobs, we very rarely take a step back to assess our situation or take into consideration other employees’ circumstances,” Rohan says, adding that these can be office and home related. “This course helped me understand how EQ can make a difference when considering all the factors in a situation.”

Rohan was able to complete SACAP’s 12-week online course by fitting it into a two-hour timeslot on Monday evenings. “Sometimes it was difficult to commit every week at the same time because ultimately life happens outside the course,” he admits, but says it really helped nurture his ability to empathize and deal sensitively with other people. “It definitely taught me how to handle certain situations in a better way.”

Rohan believes the course has given him practical tools that are helping him manage the more challenging aspects of his job. Particularly pertinent, he says, are situations where staff members struggle to work together. “The course has also helped me address employees that are not reaching their true potential. It’s taught me how to get them from point A to point B without spoon-feeding them, which is very empowering.”

Determination is one of Rohan’s salient qualities. “I always grind hard and never give up on the task at hand. I want to be able to do everything myself so that I don’t need to lean on anyone to get the job done,” he says. “This does have its downsides – like overworking! – but I think it’s definitely worth it in the end.”
It’s likely Rohan’s keen work ethic (inherited from his dad – his greatest inspiration) coupled with his exemplary skill set and ambitious drive to really thrive in the technology space will ensure he aspires to his ultimate career vision: “I would like to be a well-established Solutions Architect on my way to an Enterprise Architect role gunning for the Chief Technology Officer dream position, while still having fun building innovative solutions that help people across all continents in all walks of life.”

Key to Rohan’s trajectory – and so many others like his – will be his ability to nurture and harness the relationships he has with people in the workplace. Hopefully this is where the SACAP course will pay dividends for many years to come. Understanding human nature and employing coaching techniques ultimately unlocks potential and empowers others to maximize their performance.

Coaching is an important catalyst. It can have an enormously positive impact on your work environment, too. SACAP’s Coaching in the Workplace online short course is an internationally accredited coaching course that equips you with the tools to foster peak performance, not only in yourself but also in those around you. Want to boost your career to the next level? Enquire here now.

Grief: A Year of Mourning