Are your kids affected by alcohol in the family? 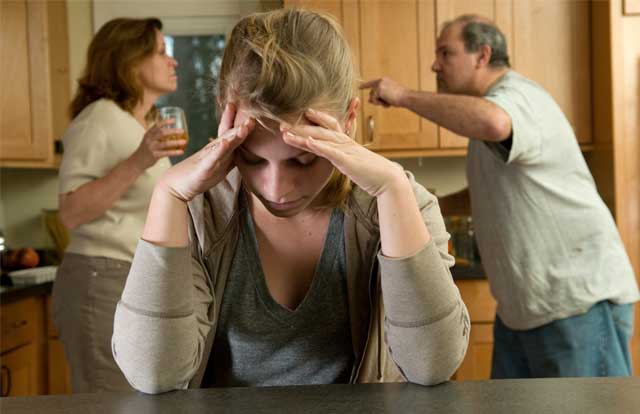 The experience of having an alcoholic parent can resonate across families. We take a look at some of the ways in which children have been shaped by it.

Abuse of alcohol and drugs is widely considered the most common psychopathology in our society. Millions of children grow up with one or even, two parents who abuse alcohol.

Like many others, Callum Best, the son of Manchester United’s first superstar footballer, the highly celebrated but desperately doomed George Best, experienced a childhood entirely shaped by his father’s ‘battle with booze’. Callum’s autobiographical, BBC-produced film, ‘Brought up by Booze’ is a feature of the Recovery Film Festival sponsored by SACAP (The South African College of Applied Psychology) on in Cape Town from 22 to 25 September.

As Callum’s journey to meet others ‘brought up by booze’ shows, every child’s experience of growing up with an alcoholic parent is unique. Some have more innate resilience, while others are crushed. Some connect strongly with supporters outside of the family which support their resilience and that carry them through, while others retreat from the world. Despite the fact that there is no singular narrative, the children of alcoholics generally find some common ground. Perhaps, what’s most notable is that in adulthood, they’re fundamentally affected by, and still trying to make sense of those impacts of growing up with an alcoholic parent.

“The impact of alcohol abuse is complex, and we must remember that alcoholism is a disorder” says Dr Jaclyn Lotter, Counselling Psychologist and the Head of Academic Programmes at SACAP.

Dr Lotter outlines some of the experiences that resonate across families with an alcoholic parent:

Unpredictably and instability – “The home environments of children with an alcoholic parent are often chaotic. It is difficult to predict an alcoholic parent’s mood and behaviour from one day to the next. This lack of a sense of predictability can lead to increased levels of tension and stress in a household and can leave children feeling insecure and anxious. Understandably, these children then find it difficult to trust in others. Many learn that the expression of their own emotions can trigger adverse reactions from the alcoholic parent, so they learn to become ‘invisible’ and frequently internalize their emotions. This has been known to increase the chances of developing depression and anxiety-related disorders. Other children might externalize their emotions and ‘act-out’ in ways that frequently gets them into trouble at school and with peers.”

Shame and secrecy, emotional rollercoaster rides and dashed hopes – Often there is a great deal of shame and secrecy imposed on children of an alcoholic parent, and they are frequentlyoften forbidden from speaking about their parent’s drinking outside of the home and under threat of dire consequences if they do. Something else I have noticed working in practice with children and adolescents of alcoholic parents is that there is a false sense of hope. These children live with the hope that their parents will one day stop drinking. While sometimes these parents do, it is often not an easy journey to get to this point and frequently children are repeatedly let down and disappointed by the alcoholic parent. It is like being on an emotional rollercoaster, where at best there is a glimmer of hope that things are going to change, but then there can be these sudden drops into despair and sadness when things deteriorate and promises are broken.”

The child as the caregiver – “Children with an alcoholic parent can sometimes feel as though they are responsible for the problems associated with the alcoholic parent, and I have often seen children becoming ‘parentified’, meaning that these children perform the roles and responsibilities of an adult in the home. This is problematic because children are not yet cognitively or emotionally ready to take on this level of responsibility. The child’s preoccupation with looking after their alcoholic parent, a sober parent or siblings can result in them withdrawing from age appropriate relationships and activities. These children grow up far too quickly and miss the joys often associated with childhood and youth.”

The South African Recovery Film Festival 2016, sponsored by SACAP, will screen Brought up by Booze at the Labia Theatre on Orange Street on Monday, 25th September. www.southafricanrecoveryfilmfestival.com

The science behind why we fall in love

How to talk to your kids about substance abuse