The science behind why we fall in love 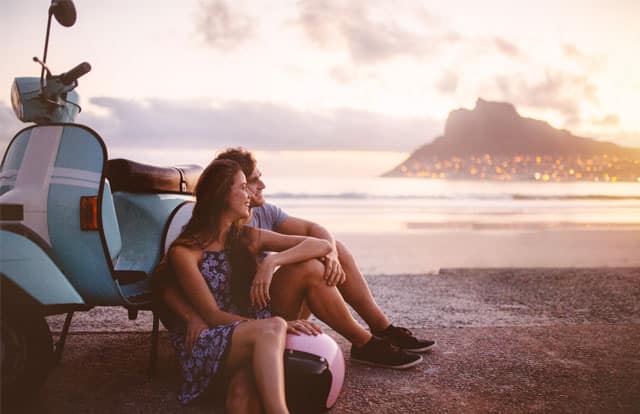 Human beings – Shakespeare included – have been pondering this question since they sat around their campfires or lay watching the stars a million years ago. Where does love come from, how does it work and why does it lodge itself in our minds, hearts and souls so completely, so stubbornly, that it is able to permeate every aspect of the human imagination?

Working with a team of scientists to scan the brains of people who had just fallen madly in love, American anthropologist and human behaviour researcher Dr Helen Fisher was able to prove what psychologists had until recently only suspected: when we fall in love, specific areas of the brain “light up” with increased blood flow.

A love to stand the test of time

In Why We Love: The Nature and Chemistry of Romantic Love, Fisher outlines the three key components of love, each involving different but connected brain systems: lust, driven by androgens and oestrogens, the craving for sexual gratification; attraction, characterised by high dopamine and norepinephrine levels and low serotonin, euphoria when things are going well and terrible mood swings when they’re not, focused attention, obsessive thinking, and intense craving for the individual; and attachment, commandeered by the hormones oxytocin and vasopressin and associated with the sense of calm, peace, and stability one feels with a long-term partner.

By far, the largest number of modern-day theories on what is love have a biological and evolutionary basis, as, ultimately, does Fisher’s. In “A Dynamical Evolutionary View of Love”, published in The New Psychology of Love, author Douglas Kenrick, Professor of Psychology at Arizona State University, proposes that love is a set of decision biases that evolved to serve genetic interests – that is, to facilitate reproduction.

“Romantic love,” he says, “is an instinctive part of human nature. Humans encounter a variety of different problems related to survival and reproduction such as mate seeking, mate retention and parental care – and these problems require various solutions, with different decision biases evolved for every goal system. There are different kinds of love that are relevant to these various domains. The love one feels for one’s partner is different from the love one feels for one’s offspring.”

Although Kenrick acknowledges the existence of cultural differences in love and corresponding behaviours, they arise, he believes, because of social variations in the physical ecology: “Behaviours that are adaptive in one environment are not necessarily adaptive in a different environment.”

While science certainly provides a remarkably serviceable tool for exploring and defining what is love, the role of the emotional mind cannot be ignored entirely, can it? A child’s fierce and inarticulate longing for his parents, the torrential passion between young lovers, any mother’s unshakable devotion – surely not all can be assigned to this gene or that collection of cells? And what about the fact that love is capable of sending us to extremes of emotion, from abysmal misery on the one hand to irrepressible joy on the other. Love so often seems a force beyond mortal control, dumb, blind and entirely arbitrary. But are we really powerless to its whims? Or do we actually choose carefully, if not always wisely, the partners we do?

Can we choose who we love?

A large body of recent research indicates that we fall in love neither by chance nor accident. In Falling in Love: Why We Choose the Lovers We Choose, Israeli psychologist, Professor Ayala Malach-Pines, argues that we both consciously and unconsciously select those with whom we have intimate relationships. She identifies what she terms “relationship variables” that explain how people fall in love and whom they choose as romantic partners, among them “reciprocity in attraction”, meaning the knowledge that the other is attracted to us, and “need satisfaction”, the fact that the other satisfies an important need or provides something of value. She also analyses the role of similarity in romantic attraction, including similarity in interests, values, background, attractiveness, intelligence, and even such things as genetic makeup and psychological health. “Hundreds of studies from all over the world suggest that we fall in love with our reflection in the other,” she asserts.

Finally, there are also theories that connect love with the search for existential significance. Pulitzer prize-winning psychologist Ernest Becker described romantic love as one of the ways we satisfy our need to feel “heroic”, to know that our lives matter in the larger “cosmic” scheme of things, and to “merge with something higher” than ourselves. And, according to Austrian psychoanalyst Otto Rank, one of the reasons romantic love is attributed such great importance today is that people are looking to it to serve the function that religion once served for our predecessors – to give life a sense of purpose and meaning.

Undeniably, the importance given romantic love in modern Western society is indeed unparalleled. As Swiss cultural theorist, Denis de Rougemont, observed in his groundbreaking Love in the Western World: “No other civilisation, in the 7 000 years that one civilisation has been succeeding another, has bestowed on love … anything like the same amount of daily publicity.”

Are you fascinated by human behaviour, and the the ways in which our psychology dictates our life choices? SACAP offers a range of psychology courses for those interested in pursuing a career in this fascinating field, such as the Bachelor of Applied Social Science degree. For more information, enquire now.

Are your kids affected by alcohol in the family?