Can men and women really be just friends? 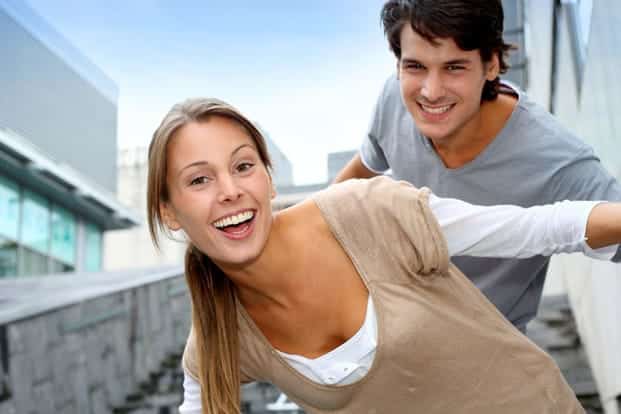 …Or does sex always get in the way?

“It’s possibly one of the most difficult questions of all time,” admits psychologist Tammy Epstein. Do platonic opposite-sex friendships really work?”

And, according to Epstein, who conducts the Introduction to Psychology and Counselling Methods modules that form part of both the Bachelor of Psychology and Bachelor of Applied Social Science degrees at SACAP, it’s a question to which there exists no hard and fast answer.

“Each cross-sex platonic friendship needs to be taken on an individual basis,” says Epstein. “While there are certainly many examples of such relationships that do work, there are as many cases where some form of sexual tension – whether acknowledged or not – is really the glue that holds that friendship together.

When it comes to answers, then, the obvious place to start is to explore the nature of friendship itself. Studies in the evolutionary psychology of relationships show that cross-sex friendships are, in fact, a historically recent phenomenon. Consider the animal kingdom, for instance, where most mutually supportive alliances are either between genetically related individuals (kin) or reproductive partners. Does this mean, then, that men and women’s evolved mating strategies impinge on their friendship experiences?

In a research project published in the Journal of Social and Personal Relationships, Dr April Bleske-Rechek, Associate of Professor of Psychology at the University of Wisconsin-Eau Claire, attempted to answer this age-old question. The two-part study, which first surveyed opposite-sex undergraduate friendship pairs, showed that that men reported higher levels of physical and sexual attraction to their cross-sex friends than women, and also showed a tendency to overestimate their level of attraction to their female friends. In fact, men reported moderate levels of attraction and desire to date their female friends regardless of either their own or their female friends’ current romantic involvement.

“This is the most interesting finding from the study,” says Bleske-Rechek. “And it is open to further study, because correlation doesn’t imply causation. It could be that men and women who are dissatisfied in their romantic relationships turn to their cross-sex friends or even develop new friendships; or it could be that attraction to a cross-sex friend leads to dissatisfaction in their romantic relationship.”

It’s a chicken-and-egg conundrum that can be debated ad nauseum, admits Epstein, but, vital to successfully navigating the murky waters of your partner’s opposite-sex friendships is honesty and communication. “Boundaries need to be established upfront so that both partners are comfortable with the terms of the other’s friendship,” she advises, adding that consideration of your partner or spouse’s feelings should really take priority in this regard. “It’s highly unlikely that your partner will feel threatened by the friendship if there really is no reason for him or her to do so. This is where honesty comes in: If there is even the slightest hint of sexual attraction on one or both sides of that friendship, it is not a feasible relationship to have when there is a spouse or partner involved.”

And, it goes without saying, that physical contact between cross-sex friends is one of the most elemental of the boundaries. “There is a fine line between what is appropriate and what is not,” says Epstein. “Physical contact can so often be misconstrued and, really, in a platonic relationship, should not extend beyond a brief hug or a kiss on the cheek.”

Of course, like any friendships, those that traverse the gender divide can be equally beneficial. In fact, there is an argument that having friends of the opposite sex helps to round out one’s social dynamic and provide a counter to societal gender-entrenched views – after all, it’s difficult to argue the fact that men and women often have quite different ways of looking at situations. Essentially, though, says Epstein, the benefits of a platonic cross-sex friendship should not be markedly different from those of a platonic same-sex friendship: “If you look at this way, you’ll quickly determine if there’s more to your friendship than just, well, being friends.”

What I learnt from going back to school as an adult

The midlife crisis: Myth or reality?