The midlife crisis: Myth or reality? 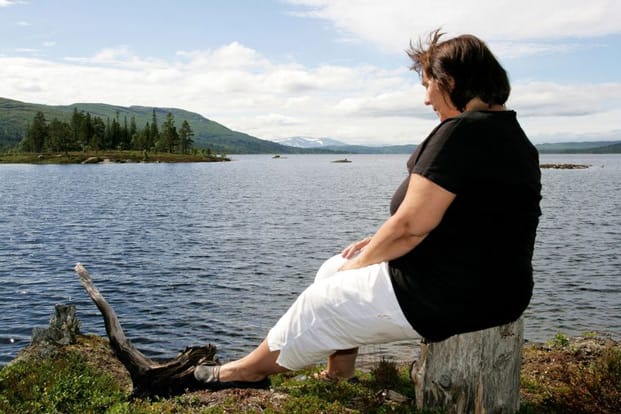 Although originally used by psychologists to describe a transitional stage in adult development sparked by the penny-dropping realisation that less time remains to be lived than has been lived already, today the midlife crisis is more often associated with the guy in his 40s who finds a young girlfriend and speeds off in a new sports car.

Researchers have even begun to question the validity of a true midlife crisis, asking whether is it misleading to attribute this dilemma to a particular age. Others ask if midlife angst is truly a crisis – a sudden experience – or if it is not rather an emotional response to an accumulation of stresses: unhappy marriages, job dissatisfaction, and financial troubles. There is also debate over whether such a ‘crisis’ is biologically or culturally based: Do our longer lives and what we now expect from them bring new meaning to the term

First identified by Elliot Jacques in 1965, the expression ‘midlife crisis’ became popular when Freudian psychologists, among them Carl Jung, used it to describe a phase in the process of adult maturation – the time during which people took stock of themselves. Jung placed it midway between adulthood and the end of life but many of today’s psychologists discredit the hard-and-fast criteria assigned the phenomenon by their psychoanalytical forefathers. Clinical psychologist Sean Moolman, who conducts the Introduction to Psychology A and Psychology B modules that form part of both the Bachelor of Psychology and Bachelor of Applied Social Science degrees at SACAP, sees the so-called ‘midlife crisis’ rather as a period of transition that is frequently associated with depression or anxiety triggered by a dissatisfaction with one’s life. ‘Jungian analyst James Hollis refers to the mid-life crisis as the “middle passage”,’ explains Moolman. ‘This is not necessarily a chronologically definite period, but more of a psychological transition period, which differs from person to person.’

Moolman explains that crises such as death, divorce, retrenchment or an affair often serve as catalysts for the re-appraisal of our lives, sometimes forcing us to ask the question, ‘Who am I?’. ‘We all possess an inherent nature and a socialised self, the version of ourselves that is based on the perceptions of significant others, usually caused by years of developing defense mechanisms against anxiety and hurt,’ he says. ‘Where the socialised self comes into conflict with the inherent self, a split begins to occur between the two. A sense of crisis in midlife is the result of the pain caused by this split.’

The stress suffered during this period becomes so great that suffering can no longer be suppressed and it usually manifests as anxiety and depression ‘Uncharacteristic behaviour results,’ he continues, adding that it is often during this period that people say things like ‘I don’t know who I am anymore’ or ‘He is not the person I knew’ or ‘How did I get to this place where I find myself?’

According to Moolman, because the familiar paradigms – social and economic – that have supported the modern world are constantly shifting, it is hardly surprising that the roles and relationships of men and women have been significantly affected. ‘The changes in expectations of our gender roles are particularly confusing for men,’ he says. ‘Women have redefined themselves, thereby challenging traditional notions of manhood. As a result, men are being called upon to defend themselves, but often they struggle to define a vision of how they fit into the universe. They battle over the distinction between work and vocation, love for self and the requirements of duty and responsibility and, as a result, men of all ages try to live out a set of accepted prescriptions for masculinity. This causes intense anxiety as there is likely to be a significant dissonance with the instinctive requirements of the inner self.

While Moolman agrees that defining who we are isn’t easy when separated from the roles we are compelled to play over time – it could lead to the discovery, for example, that we’ve in fact been living a false self, driven by unrealistic expectations – but once this discovery is made, it becomes possible to progress into the second period of adulthood, the one he refers to as ‘becoming ourselves’: ‘This is the stage that provides an opportunity for redefining and re-orientating the personality and, in so doing, making our lives feel more meaningful.’

Can men and women really be just friends?