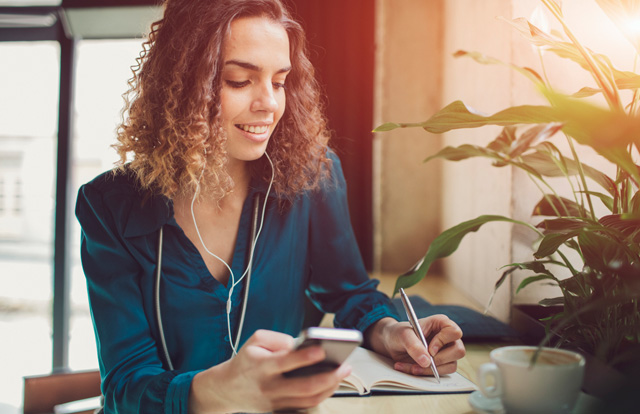 Studies of the psychological, biological and evolutionary implications of left-handedness have turned up many interesting discoveries. Here are just a few.

It’s hard being left-handed in a right-handed world, but if you’re one of the estimated 10% of the population that falls into this category, you’re in prestigious company. Five of the previous seven presidents of the United States were left-handed (namely Barack Obama, Bill Clinton, George H.W. Bush, Ronald Reagan and Gerald Ford).

It’s clear that lefties have come a long way since the Middle Ages, when they were liable to be accused of witchcraft (the Devil himself was believed to be left-handed). Nowadays, they tend to provoke curiosity rather than suspicion, with numerous studies being conducted into the psychological, biological and evolutionary implications of left-handedness. Here are just a few of the interesting facts such studies have turned up.

Genetics is believed to be the primary determining factor

The evidence indicates that left-handedness develops in the first two years of life, with a 2013 study showing that 39% of infants (6 to 14 months) and 97% of toddlers (18 to 24 months) demonstrated a hand preference.

This suggests that your preferred hand is determined primarily by genetic factors, or by occurrences during prenatal development. A 1999 study by the University of Dresden showed that left-handedness also tends to run in families (just look at the British royal family).

Left-handed people have been the minority for millions of years

There are a number of theories as to the evolutionary basis for right-handed predominance. The 19th-century British writer, Thomas Carlyle, posited that left-handed warriors were more likely to perish in battle (due to the shield being on their right arm) and thus less successful at passing on their genes.

Carlyle might have intended this to be tongue-in-cheek, as the theory is problematic for a number of reasons. Either way, archeological studies of fossilised remains, ancient stone tools and other artefacts show that right-handed predominance in our species can be traced back at least two million years.

The lack of such disproportionate representation in other great ape species (where the division between right-handed and left-handed is more even) indicates that it may have emerged following divergence from our last common ancestor, possibly as a result of our capacity for toolmaking.

Being left-handed might affect the hemispheres of your brain

Each hemisphere of the brain is responsible for different functions, and in the majority of right-handed people (about 95%), the left hemisphere controls speech. But in left-handed people, that number drops to 60-70%, with the remainder using either the right hemisphere, or both.

The problem with this theory is that, if the human brain was really dividing labor in this way, the brains of left-handed people would be the reverse, with speech and motor functions both controlled by the right hemisphere. Although this is the case in many left-handed people; it’s not a large enough proportion to justify the theory.

That said, this would explain why right-handedness is less predominant among other primates (they don’t have such complex speech, so there’s no need for their brains to optimise by assigning speech and motor functions to the same hemisphere).

Left-handers are better at multitasking

A 2006 study by the Australian National University found that interaction between the two hemispheres of the brain was quicker and more efficient in left-handed people. This implies that left-handers may be better equipped to handle activities that require them to process multiple stimuli, such as sports or gaming.

Furthermore, the ability of one hemisphere of the brain to pick up the slack when the other gets overloaded reduces strain on both hemispheres, which will stand left-handers in good stead as their brains age.

Left-handers are still largely a mystery

What studies have been conducted into left-handed people indicate fascinating differences in their genetic and neurological makeup, but scientists believe we’ve only touched the tip of the iceberg. The problem is that left-handed people are deliberately excluded from most studies, because the different ways in which they approach tasks results in skewed data.

A 2014 article in Nature Reviews Neuroscience highlighted this issue, and called for more scientific studies targeting left-handed people; suggesting that there is a potential wealth of data to be mined from this unique portion of the population.

The topic of left-handedness, and its psychological implications, illustrate the ways in which the topics of psychology, neurology and biology can overlap. If you’re interested in learning more, you should consider studying psychology at SACAP, which offers a range of psychology courses, including part-time and full-time as well as online options. For more information, enquire now.