The cause of panic attacks and how you can overcome them 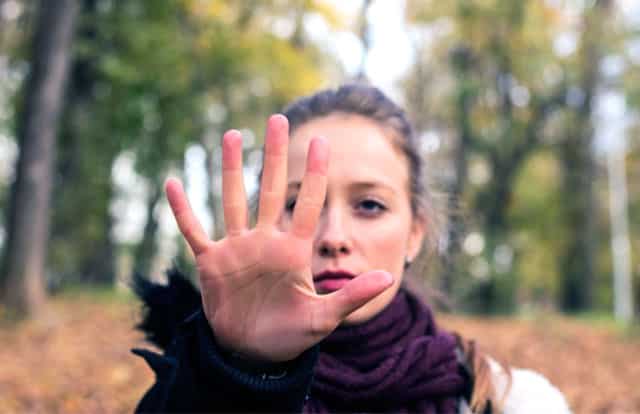 ‘I’ve been through some terrible things in my life, some of which actually happened’ – Mark Twain

At least 75% of all people have experienced a panic attack at some point in their lives. In fact, says Cape Town psychologist David Rosenstein, some literature puts the number at 90%. ‘Panic is not a disorder,’ explains Rosenstein, ‘Far from it – panic and anxiety are normal natural responses to the stresses of human experience and the so-called “panic attack” is, in reality, the primitive brain’s fight-or-flight survival response to potential danger.’

A cognitive behavior therapist who specialises in neuro-imagining, panic and the anxiety spectrum, Rosenstein was a guest speaker at SACAP’s Psychology Talk on panic attacks and anxiety disorders, where he explained the evolutionary origins of panic, and the fine line that divides normal anxiety from panic disorder. ‘The panic attack comes with some very real, often frightening, somatic symptoms,’ he says. ‘A racing heart, shortness of breath, chest pain, a choking sensation, nausea, dizziness – these are just some of the physiological symptoms suffers report experiencing.’

And neither are these symptoms merely ‘in one’s head’, says Rosenstein: ‘As a throwback survival mechanism, panic is, in fact, the body’s way of preparing the muscles to charge up for flight. Panic results in the sudden release of lactic acid and adrenaline which can cause muscle cramping, often leading the sufferer to believe he or she may be experiencing a heart attack.’

The fear of fear

According to Rosenstein, it is not so much the cause of the anxiety but one’s response to it that defines panic disorder. ‘When the pre-emptive fear of having a repeat panic attack becomes a functional impairment in one’s life, panic goes from being “normal” to be a psychiatric ailment. You could say that it’s the second-order fear – the fear of fear – that is at the root of the problem.’

Rosenstein cites studies that have demonstrated that there is, in fact, no physiological difference between the experience of fear and excitement: ‘Tests have shown that the body’s somatic reaction to fear is absolutely identical to that of excitement. This tells us, then, that it is the emotions we associate with those reactions – in this case, either unpleasant or pleasant – that dictates our “experience” of them.’

For this reason, says Rosenstein, therapy is most effective when it addresses the cognitive symptoms of panic rather than trying to eliminate the cause of the anxiety itself. Cognitive behaviour therapy (CBT) involves an interactive process between client and therapist where exposure to the panic triggers gradually desensitises the sufferer to them, while coping tools are taught to help ward off similar types of reactions to other external stimuli.’

This, says Rosenstein, is far more effective than simply treating the physiological symptoms by way of psychiatric drugs, for instance. ‘Modern civilisation tends to subscribe to the hedonistic belief that happiness is contingent on the total absence of pain. In reality, however, this is a completely unworkable recipe. In fact, in order to live a vital life where we make mindful, considered decisions we need to learn to make the presence of anxiety a natural part of life.’

Find out more about conditions such as anxiety disorder, and the methods used for treating them, by studying psychology at SACAP. Psychology courses on offer can be studied part-time or full-time, and distance learning options are available. For more information, enquire now.

How to Resolve Conflict Amiably and Disagree Agreeably