Conflict resolution: How to disagree agreeably 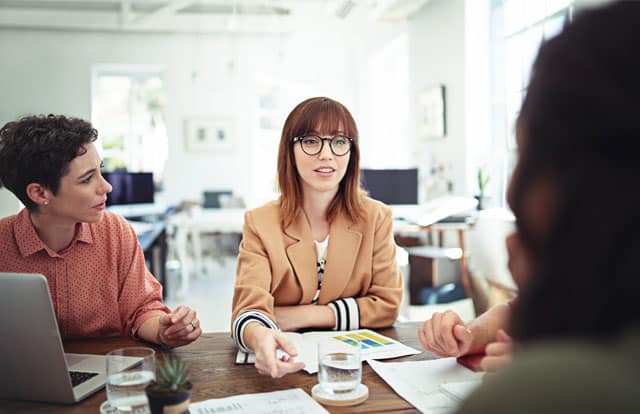 Successful conflict resolution, says the experts, usually isn’t the issue in question, but rather how it is handled. Here’s how to calmly speak your mind.

Stormers versus Sharks. DA versus ANC. Your seven-year-old versus your nine-year-old. Humans, it seems, are wired for disagreements. These conflicts can result in an angry, awkward mess; or they can lead to conflict resolution, which consists of civil exchanges of viewpoints that lead to closer relationships at home and better decisions at work. What makes the difference, say the experts, is usually not the issue in question, but, rather, how it is handled. How, then, do you speak your mind without losing your cool?

‘So often we hear the phrase, “choose your battles wisely”, and doing so,’ says Charmaine Meyer, former educator at SACAP, ‘will not only lead to peace but can also make you far more effective in winning those battles that are truly important.’

In fact, so important is it to know when it’s best to speak up and when it’s better to be silent, that Dr Richard Carlson dedicates an entire chapter to it in his bestselling Don’t Sweat the Small Stuff…and It’s All Small Stuff. ‘If you constantly disagree, fight or argue about everything and anything in life, people will perceive you as argumentative and disagreeable,’ says Carlson. ‘In contrast,’ he adds, ‘if you pick the areas to argue that are substantive, meaningful and important, your opinions and disagreements will bear more weight. People will listen and respect your opinion, whether they agree or disagree with you.’

When it comes to conflict resolution, picking your battles starts with a conscious decision to not fight about stuff that is not your concern or things that you have little or no control over,’ says Meyer, adding that discerning those things worth spending energy on may require a reevaluation of one’s priorities.

Of course, keeping one’s emotions in check when expressing disagreement with a differing viewpoint is not always as easy as all that. ‘Disagreeing with someone without creating animosity is a skill,’ agrees Meyer, who points out author Dr Steven Covey’s golden rule for harmonious debate: ‘Seek first to understand to be understood’.

Meyer suggests the following strategies for understanding another’s viewpoint in order to best make yourself understood:

1. Be a good listener

‘Deep and active listening is imperative to avoid disagreements,’ she says, explaining this includes asking questions until you fully comprehend what the other person is trying to convey: ‘Author Kenneth A Wells once said, “A good listener tries to understand what the other person is saying. In the end, he may disagree sharply, but because he disagrees, he wants to know exactly what he is disagreeing with”.’

Active listening makes the speaker feel respected and valued, Meyer continues: ‘Question asking is key to this kind of listening as it helps us to clear our heads of what we think we hear in order to truly understand what is being said.’

2. Focus on the problem and not the person

‘Stick to the facts and let go of any ego that might want to “creep out”,’ advises Meyer. ‘Refrain from name calling or personal attacks. Remember, it is the issue at stake that is under scrutiny, not the other person’s character. Ask yourself questions like, “Is it true? Is it kind? Is it necessary?”.’

3. Have an open mind

‘When your opponent senses that you are open to listening to his or her suggestions, without judgment, you will often find they end up listening intently to your side of things,’ explains Meyer, who advises that, at this point, you should consider your approach. ‘You may find it more mutually beneficial to ask for their suggestions instead of pushing your own agenda,’ she says. ‘Be reasonable in your approach and use phrases such as, “I believe that” or “ I notice that”.’

Actions speak louder than words. ‘Effective non-verbal communication can be very persuasive,’ says Meyer, who suggests smiling and nodding one’s head when the other speaks. ‘This does not necessarily imply that you agree,’ she adds, ‘Rather, it means that you understand where that person is coming from.’

Projecting confidence, making eye contact and toning down your voice are other strategies for communicating understanding without compliance, Meyer explains, adding that, ‘if your “opponent” keeps interrupting when you speak, it’s best to let him or her finish their thoughts before offering yours.’

‘It’s not what you say that counts but how you say what you say,’ Meyer claims. ‘When someone expresses a view that differs from your own, rather than shouting them down, try something along the lines of, “That’s interesting, it seems we have two different opinions” or “Do you mind if I share my observations on the subject with you?”.’

Important in all this, emphasises Meyer, is the ability to discern disagreement from verbal abuse. She refers to Suzette Haden Elgin, author of The Gentle Art of Verbal Self-defense, in saying, ‘Hostile language and hate speech is as dangerous to one’s health and well-being as toxic waste is – not only because of its own destructive nature but because it so often escalates into physical violence.’

The saying that ‘sticks and stones may break my bones but words may never hurt me’ is a myth, says Haden Elgin, who points out that continuous verbal abuse – which is often ‘packaged’ in the form of jokes, ‘constructive’ criticism, or backhanded ‘compliments’ – has an enormously detrimental effect on the recipient’s psychological wellbeing.

When under verbal attack, Haden Elgin advocates not turning the other cheek to, instead, fume quietly on your own, but rather to identity such speech for what it is and address it by taking action to protect yourself from the abuser.

In her article Is It Verbal Abuse or Blowing Off Steam?, DA Wolf suggests asking yourself the following questions when trying to determine whether you are a victim or target of verbal abuse:

‘Being able to identify people, situations, and/or behaviors that induce hurtful feelings – such as fear, inadequacy or shame – offers a significant advantage to the target of such abuse,’ says Meyer, who advises that it is best to let the abuser know the hurt their words cause and then to set boundaries on what you will and will not accept from them.

‘Abuse in any state or form is unacceptable,’ Meyer emphasises. ‘Seek counselling, either together or separately, and surround yourself with a support system of family and friends with whom you can confess and discuss your feelings.’

Find out more about what it takes to succeed in the workplace by studying a coaching course at SACAP. As well as developing useful skills, these courses pave the way for a career in coaching, providing you with opportunities to help others unlock their true potential. For more information, enquire now.

How to be a good mentor

The cause of panic attacks and how you can overcome them