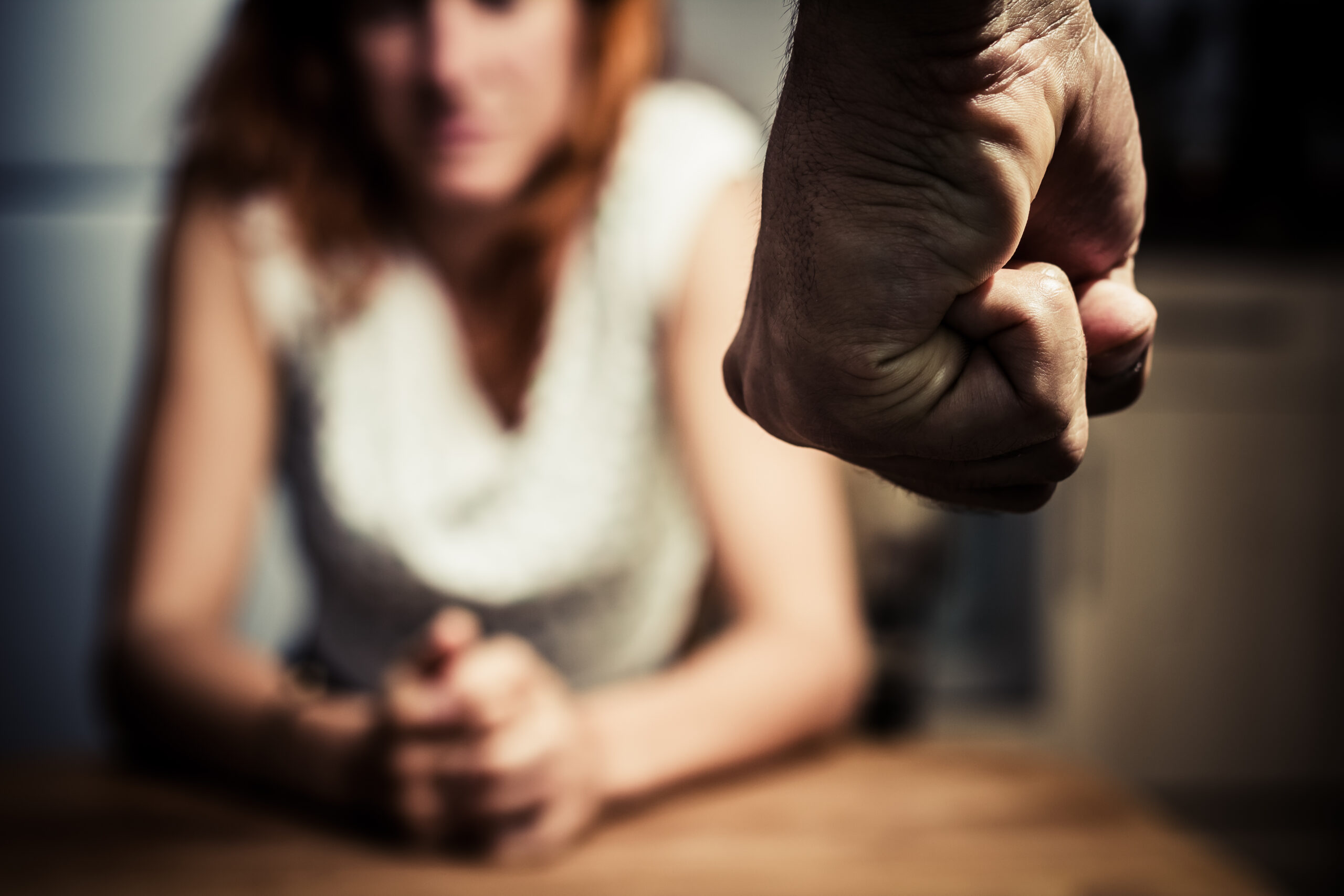 Gender Based Violence is regarded as a human rights violation and a major barrier to achieving gender equality as well as an obstacle to a country’s development. During times of crisis, such as pandemics and war, GBV escalates dramatically.

Violence specifically directed at someone because of their biological sex or gender identity is classified as GBV. It can occur publicly or privately. It includes, verbal, physical, sexual and psychological abuse. As well as threats, coercion and deprivation, for example, economic or education.

It is important to remember that GBV does not discriminate. Nor does it confine itself to specific communities, socio-economic standing or income level. Any person of any race, age, gender, sexual orientation or religion can be a perpetrator, victim or survivor of GBV.

6 Forms of Gender Based Violence

In 1993 Gender Based Violence against women was formally defined by the United Nations in the Declaration on the Elimination of Violence against Women as: “Any act of gender-based violence that results in, or is likely to result in, physical, sexual or psychological harm or suffering to women”.

Why Gender Based Violence campaigns primarily focus on Woman and Girls

Due to the fact that women and girls make up the majority of survivors and victims of GBV, much of the focus of combating GBV pertains to women and girls. However, this does not mean that men and boys don’t experience GBV.

GBV is prevalent worldwide, largely because of systemic and perpetuated gender inequality. This disempowers women and girls in particular such that their basic human rights are easily turned aside. A consistent absence of economic opportunities, access to resources and lack of justice or recourse against violence perpetuate abuse situations, especially when the survivor is dependent on the abuser, exacerbate and maintain a violent context.

WHO estimates that 1 in 3 women world-wide will experience sexual or physical abuse from an intimate partner in their lifetime. While GBV can occur in many forms throughout a woman’s life; the two most common types are sexual violence and physical intimate partner violence. Violence against women spans a life time starting with sex-selective abortion and ending with forced suicide or homicide of widows.

The United Nations (UN) defines violence against women as “any act of gender-based violence that results in, or is likely to result in, physical, sexual, or mental harm or suffering to women, including threats of such acts, coercion or arbitrary deprivation of liberty, whether occurring in public or in private life.”

It encompasses, but is not limited to

GBV against women and girls is also termed Violence Against Women and Girls (VAWG). Due to its private and public consequences, VAWG is a health crisis.

Gender Based Violence in South Africa

Stats SA reports that 50% of the assaults against women are by someone close to them:

According to Bernadine Bachar, who runs the Saartgie Baartman Center for Women, the problem within South Africa is that “Violence has become normalized, it’s just part of what we experience on day-to-day basis.” Gareth Newham, head of the Justice and Violence Prevention Program at the Institute for Security Studies, explains that “Women and children are susceptible to violence because of the culture of violence where many men believe that they are entitled to use violence against their partners and their children in order to compel compliance with whatever the man wants.”

Patrick Godana, a manager of Sonke Gender Justice in South Africa, agrees with Newman elaborating “Gender norms are fuelling violence against women, social norms are fuelling violence against women, alcohol abuse and poverty, because some men feel like they are less of a man, their esteem as men is low and therefore they can only present their own authority by shaking and beating up women.”

Gender Based Violence during Lockdown

During Lockdown there was an increase in South Africa’s GBV crisis, such that the capacity of Gender Based Violence Services were maximised. It is thought that this is because perpetrators were isolated with those most vulnerable to their violence, during a period of social and economic stress. Additionally, despite government and non-government organisations efforts to intervene, access to resources to prevent and cease GBV was more difficult due to lockdown.

The increase in GBV is not unique to South Africa’s lockdown. The UN reports that the increase in domestic GBV against women and girls accelerated during the course of 2020. The food and financial insecurity, social isolation measures and confined living conditions exacerbated physical, sexual, emotional, psychological and economic domestic violence. Additionally, school closures heightened the GBV risk for girls, leading to increased sexual harassment and exploitation as well as child marriages. The World Health Organisation reports that China, the UK and USA as well as other countries have reported an increase in domestic violence specifically against women.

Some of the Consequences of GBV

The impact of GBV is not limited to individuals. It carries a social and economic cost to society; thus, it cannot be disregarded as a “private” issue.

GBV has a wide and most often long-lasting impact with mental, physical, social and economic consequences. Trauma, stigma and psychological abuse can prevent someone from seeking job opportunities. Sexual violence can lead to STIs and/or unwanted pregnancies. These can result in unsafe abortions, blame, isolation and shunning from family and/or community as well as depression to name but a few repercussions.

The economic cost of GBV is significant. In 2014 KPMG reported an estimated conservative cost of GBV between R28.4 billion and R42.4 billion for the 2021/13 financial year. This equates to 0.9% to 1.3% of the country’s gross domestic product (GDP) for the annum.

Findings show that violence is a learned behaviour that can be intergenerationally transferred. Sons and daughters who witness domestic violence have a higher likelihood of becoming victims or survivors and perpetrators of violence. A girl who experiences violence in childhood is approximately 3 times more likely to experience violence as a woman. Men who witness violence between parents or are themselves abused during childhood are at greatest risk of becoming perpetrators.

10 Reasons Why GBV is not Reported

What’s been done about GBV?

To combat GBV against women and girls it is essential to educate both women and men around women’s rights and their responsibility in promoting as well as defending women and girl’s rights. Only with active continual support from both women and men, gender equality can be established. Men, specifically, need to become effective-allies and be willing to start inclusive conversations within their communities and amongst peers on preventing and mitigating GBV.

In South Africa, any act of GBV is a direct breach of the Constitution as it violates the fundamental right to life, liberty, dignity, non-discrimination as well as mental and physical integrity.

On the 18th September 2019 an Emergency Response Action Plan, focused on addressing GBV and Femicide, was presented to and approved by Parliament. It aims to free South Africa from the GBV of women and children as well as LGBTQIA+ persons. The Emergency Response Action Plan is a multi-sectorial strategic action plan taking root in international and national legislation. It requires the commitment, coordination and resources of government departments, civil society, academic institutions, development agencies and the private sector for successful implementation.

The 5 Key Interventions of the South African National on Gender Based Violence and Femicide are:

Additionally, South African has legislation such as the Domestic Violence Act (DVA) (1998), the Sexual Offences Act (2007) and the Prevention and Combatting of Trafficking in Human Persons (2013) Act which work towards mitigating GBV.

South Africa is also signatory to a number of international treaties and campaigns which seek to eliminate GBV. For example: The United Nation’s Sustainable Development Goal 5: Achieve gender equality and empower all women and girls by 2030.

South Africa is also signatory to a number of international treaties and campaigns which seek to eliminate GBV. For example: The United Nation’s Sustainable Development Goal 5: Achieve gender equality and empower all women and girls by 2030.

The purpose of this global campaign is to create a multi-year world-wide coordinate strategy against GBV. The campaign calls for the prevention and elimination of GBV against women and girls. It builds on existing international legislation and policy frameworks and attempts to stimulate as well as support country-based initiatives and laws. This year there is a special focus on covid-19 initiatives being gender sensitive and accounting for the escalated risk to, as well as experience of violence of, women and girls.

The 4 pillars of the UNiTE campaign 2020 activities are:

How to Help Prevent GBV

One of the first steps towards combating GBV is to have a stand point against it and challenge the subtle as well as obvious ways GBV plays out within our communities.

Three ways You can help Prevent and Mitigated GBV are:

Gender Based Violence (GBV) is violence directed at someone specifically because of their biological sex or gender identity. It can take the form of inflicting mental, emotional and/or physical suffering or harm. It also includes threats, coercion and deprivation.

2. Why is Gender Based Violence (GBV) is a Global Issue?

Gender Based Violence (GBV) is a human rights violation and significant barrier to achieving gender equality. It is wide spread throughout the world and does not confine itself to a specific gender, demographic, socio-economic standing or income level. However, it disproportionately affects women and girls. It hampers development at individual, community and country’s levels.

3. What is the impact of Gender Based Violence (GBV)?

Gender Based Violence (GBV) has negative impact on mental, physical and emotional health for survivors and often those around them. It also carries a negative long lasting social and economic cost to society.

4. Can Men and Boys experience Gender Based Violence (GBV)?

Men and boys can be survivors and victims of Gender Based Violence (GBV).  It is not confined to a gender, demographic, socio-economic standing or income level and can be perpetrated by both women and men.