Living for likes: The negative effects of social media 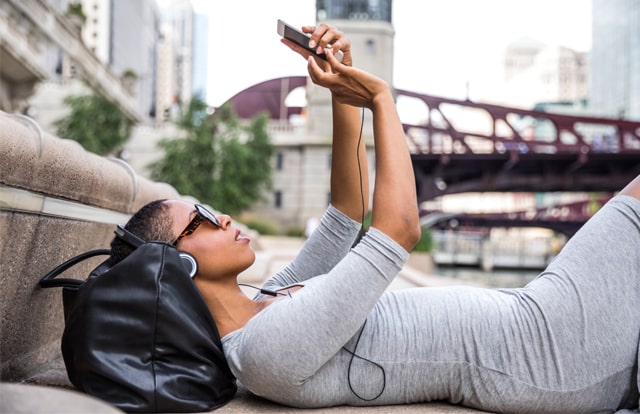 In the short period of time that social media has been around, its impact on our society has been profound. As with any technology, some changes have been for the better, while others have become topics for concern. Here are some of the more negative aspects that have become prevalent in recent times.

The desire for social connection is one of the most powerful driving factors in the human experience. Millions of years’ worth of evolution have embedded this need deep in our psyche, and like many other such needs, our ingenuity enables us to devise tools and technologies capable of satisfying it.

In the short period of time that social media has been around, its impact has been significant. It has become integral to many aspects of our daily lives, changing the way we connect with people, the way we consume news, and the way we promote ourselves. As with any technology, some changes have improved society for the better, while others have become topics for concern.

The effects of social media

Humanity’s ability to bring about rapid change in a short space of time, while our basic biology remains the same as it has for millennia, has always been the root of many complications. The addiction to sugar is one example; our hunter-gatherer ancestors craved nutrient-rich fruits, yet were fortunate when they managed to find any. Now sugar is available in abundance, yet our instincts still compel us to react as though it is rare.

Social media is a lot like sugar. It provides in abundance what our brain craves, but is accustomed to receiving only in small amounts. We are still attempting to make sense of the myriad ways in which social media affects us, but what we do know is that there are many ways it can benefit us, and many ways in which it can do us harm. Here are some negative aspects of social media that have become prevalent in recent times:

Comparing yourself to others

For the most part, people only share their best experiences on social media networks. They create a digital projection of themselves, minus all of the downsides. It’s easy to look at such projections and come to the conclusion that your own life has been a failure by comparison. After all, if your friends are only sharing their successes, you may be led to believe that you are the only one experiencing failure.

‘Facebook Depression’ is the term used to describe this phenomenon, but it applies to social media networks in general. Instagram can be especially deceptive in this regard, as people essentially “stage” their lives as a sequence of perfectly framed images.

A 2014 study by UK disability charity Scope found that 62% of the 1,500 Facebook and Twitter users surveyed reported feeling inadequate compared to other users, and 60% felt jealous of other social media users. Furthermore, half of respondents aged 18-34 said they felt ugly or unattractive as a result of social media, and 30% said it made them feel lonely.

The constant flow of information produced by your Facebook and Twitter feeds has a similar effect to a drug, activating reward centres in the brain that keep you coming back for more. Furthermore, according to an article by Forbes, studies have found that people who stopped using social media experienced the psychological symptoms associated with withdrawal.

The fact that social media is predominantly accessed via mobile devices only exacerbates the issue, as users are perpetually plugged into the system. The persistent need to check one’s phone for the latest updates can bring about dangerous distractions, such as when you’re driving or crossing the street.

Dr. Mark Griffiths, a professor of Behavioural Addiction, and director of the International Gaming Research Unit in the Psychology Department at Nottingham Trent University (UK), recommends various ‘digital detox’ strategies to wean yourself off social media addiction, such as turning off sound notifications on your phone, designating periods of the day when you don’t allow yourself to check mobile devices (during meal times for example), and leaving your phone in a different room while you sleep.

The proliferation of “fake news” has always been a problem, as has sensationalist reporting and toxic discourse. Newspapers were accused of “tabloid journalism” that prioritised gossip columns and scaremongering over substantive reporting. To accuse social media of being responsible for the problems we’re facing today would be misguided, but it has certainly exacerbated such issues. All the problems caused by “rag newspapers” have been multiplied ten-fold by social media.

Of course, the subversive power of social media means it can do a lot of good in this regard, providing honest journalists with the means to act as a watchdog on mainstream news outlets. In some cases, social media has even been credited with bringing down corrupt governments.

As with all technological advancements, social media is a double-edged sword, capable of being used for good or bad. What’s certain is that social media, as with the internet in general, will continue to have profound impact on our society. It is likely to be an area of focus for the field of psychology, which has always concerned itself primarily with the human condition.

If you’re interested in pursuing a career in psychology, SACAP offers a range of psychology courses, including part-time and full-time as well as online options. For more information, enquire now.

The work-life balance: How to be productive without being a workaholic