The work-life balance: How to be productive without being a workaholic 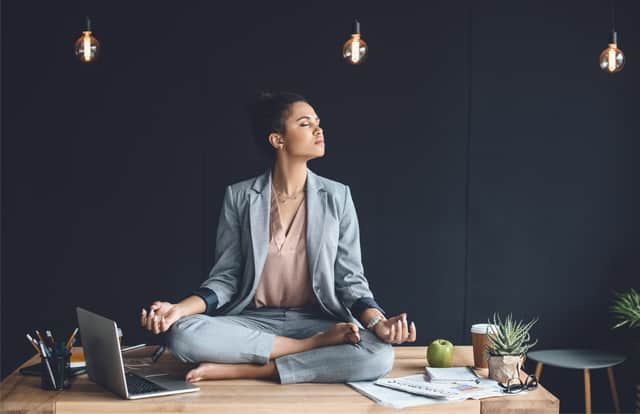 Advancing technology and fast-paced modern lifestyles make it difficult to unplug. Here are some suggestions for maintaining a healthy work-life balance.

Life in the 21st century seems far beyond the wildest dreams of what people living a hundred years earlier earlier might have imagined. Technological advancements have enabled us to send messages across the world with the tap of a button, and travel from one side of the planet to the other in a day. Yet, despite these wonders, people seem more jaded than ever. What’s gone wrong?

Why work-life balance is important

Technology has made life more convenient, but our lifestyles have become increasingly unhealthy. Our culture idolises work, believing it to be a worthy pursuit in itself, rather than a means to an end. The fast-paced, high-stress lifestyle makes it difficult for people to stop and appreciate the wonders of the modern world.

Allison Gabriel, an assistant professor of management at Virginia Commonwealth University, says that the brain is “like a muscle, you can strengthen it or deplete it”. No one needs to remind you to rest your body following a strenuous workout, but the majority of 21st century work drains you psychologically and emotionally, rather than physically. People don’t recognise that the mind needs time to recuperate from such strain, just as the body needs time to recuperate from physical exertion.

But the pressures of the modern workplace drive people to push themselves continuously, fearing that anything less will be perceived as a failure in productivity. In truth, numerous studies indicate that a healthy work-life balance provides a boost to productivity. For example, a study released by the CEB (Corporate Executive Board) in 2009 found that people who are happy with their work-life benefits work 21% harder, and are 33% more likely to remain at the organisation that employs them.

Work-life balance in the 21st century

Technology is not solely to blame for our inclination to overwork ourselves, as cultural and economic factors also play a role. But technological advances have certainly made it more difficult for people to unplug.

That said, there are steps you can take to preserve your work-life balance, even in this world of constant distractions. You may have to come up with some strategies and rules; in other words, work harder to ensure you’re not working too hard. Here are some tips for improving work-life balance in the 21st century.

Thanks to social media and emails, there is no barrier to communication in the workplace. If something needs doing, instructions can be delivered to the relevant party instantaneously; regardless of where they are on the planet, let alone in the office. This is a relatively recent development; there are people still in the workforce today who can remember a time when such correspondence took place over the course of weeks.

But these technologies also make it difficult for people to escape the workplace. Many struggle to create any degree of separation between their home life and their office life. But it doesn’t have to be that way. According to Robert Brooks, a professor of psychology at Harvard Medical School: “There are times when you should just shut your phone off and enjoy the moment.”

Learn to say no

Much is made of the power of positivity; or rather, the power of always saying “yes”; but “no” is a powerful word as well, and it’s a word you need to learn to say in the modern workplace, where the person who always says yes usually ends up being saddled with the heaviest workload. Unless your work relates to life and death situations, you shouldn’t be expected to be available 24/7; and if you do find that increasing demands are being placed on you outside of the workplace, it may be time to speak up.

Instead of working late into the evening in order to complete overdue tasks, see if you can manage your time more effectively at work. Avoid distractions, and take plenty of breaks to keep your energy levels up. Divide big projects into smaller tasks that you can manage on a day-by-day basis, and reward yourself with breaks when you complete these tasks. Be sure to take breaks at regular intervals to keep your concentration levels stable.

Executive coach Marilyn Puder-York recommends dedicating time to wellness activities such as exercise, yoga or meditation. These activities help to reduce stress and promote good health, as well as providing an escape from work. Deep-breathing exercises help soothe the nervous system and keep you centered.

Vacation time provides a necessary boost to productivity as well as creativity, although many choose not to take leave as they fear falling behind or being perceived as lazy.

Europeans have a reputation for taking long holidays (The European Union’s Working Time Directive guarantees EU workers at least 20 paid vacation days per year); something which is frowned on and occasionally even made light of in the United States, where vacation time is associated with low productivity. Yet, as reported by CNBC, nine of the top ten most productive countries in the Organisation for Economic Co-operation and Development (OECD) are European countries.

Numerous studies indicate that time off helps rather than hinders productivity, including a 2016 report from Project Time Off, which found that workers who took 11 or more vacation days were more likely to have received a raise or a bonus in the previous three years than workers who took 10 or fewer days.

The idea of “living to work” rather than “working to live” has been held up as some kind of romantic ideal in modern society, but meanwhile, the World Health Organisation has called stress the “health epidemic of the 21st century”.

The stress of modern lifestyles often necessitates the need for psychological intervention, and the services of professional counsellors. If you’re interested in pursuing a career in psychology or counselling, SACAP offers a range of psychology courses, including part-time and full-time as well as online options. For more information, enquire now.

Living for likes: The negative effects of social media

The benefits of conscious deep breathing with Dr Ela Manga