The Fear of Failure: Understanding the Psychology Behind it 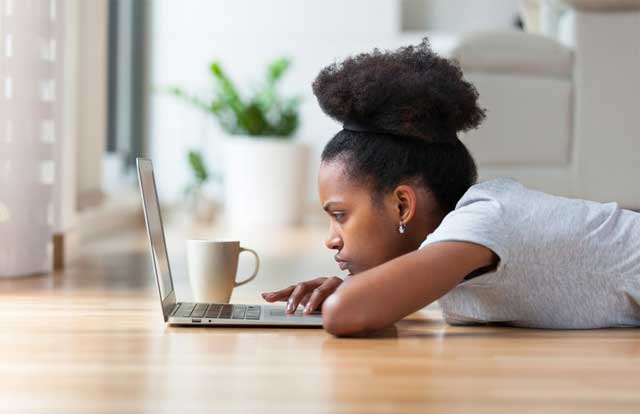 They say that nothing breeds success like failure. Indeed, most of us accept that failure is a reality of life, essential for growth even. But still we hate to fail. With the imminent release of exam results, many matriculants face the inevitability of failure. Without learning to forgive themselves and move on, these young people could be completely derailed by failure.

But why, when we intellectually acknowledge that failure can be turned into opportunity, are we so afraid of it? And how are parents, in an attempt to soften the blows of failure, doing their children a great disservice?

The Psychology of Failure: Performance Anxiety

According to Professor Martin Covington of The University of California, the fear of failure is directly linked to our sense of self-worth. Professor Covington’s research on students, published in the Handbook of Motivation at School, found that one way we protect our self-worth is by believing we are competent, and by convincing others of it, too. For this reason, the ability to achieve is critical in maintaining self-worth. To fail to perform essentially means that we are not able and, therefore, not worthy.

Professor Covington found that, if a person doesn’t believe he or she has the ability to succeed (or if repeated failures diminish that belief), then that person will engage in practices that seek to preserve his or her self-worth. More often than not, these practices take the form of excuses or defense mechanisms.

When it comes to dealing with failure, Professor Covington groups students into one of four categories:

Seeing failure as inextricably connected to our sense of self-worth – or lack thereof – puts it in perspective, says Professor Covington. “By making our self-worth contingent on categories such as academic success, appearance or popularity, we fail to value ourselves solely for the fact that we are human beings and accept that failure is part of the human experience,” he explains.

The Gift of Failure: Learning from Mistakes

Self-forgiveness is key to overcoming failure, say the experts. Research conducted by Kristin Neff, an associate professor in the University of Texas’s department of educational psychology, found that people who practice self-compassion recover more quickly from failure and are more likely to try new things.

Furthermore, it is important that children be allowed to make mistakes. A study conducted at Queensland University of Technology by clinical psychologist Dr Judith Locke and associates demonstrates the harmful effects of so-called “over-parenting”. “Over-parenting”, in this case, is defined as a parent’s “misguided attempt to improve their child’s current and future personal and academic success.”

In interviewing psychologists, guidance counsellors and teachers, the authors found that such over-parenting had the potential to ruin a child’s confidence and undermine an education in independence. Students need to suffer setbacks, says Dr Locke, in order to learn important life skills such as responsibility, organisation, manners, restraint, and foresight.

Letting our kids struggle is a difficult gift to give – but it’s a vital one. In her best-selling book, The Blessing of a Skinned Knee, American clinical psychologist Dr Wendy Mogel suggests that children insulated from unpleasant situations or challenges become less capable of dealing with adversity. As Dr Mogel puts it, “It is our job to prepare our children for the road, not to prepare the road for our children.”

Do you believe psychology has the power to unlock human potential? SACAP offers courses in counselling and coaching, disciplines geared towards doing just that. To find out more, click here.

Stress During Exams: How Much is Too Much?

What is a Life Coach? The Myth Versus the Reality