Can traditional medicine and psychology live side by side? 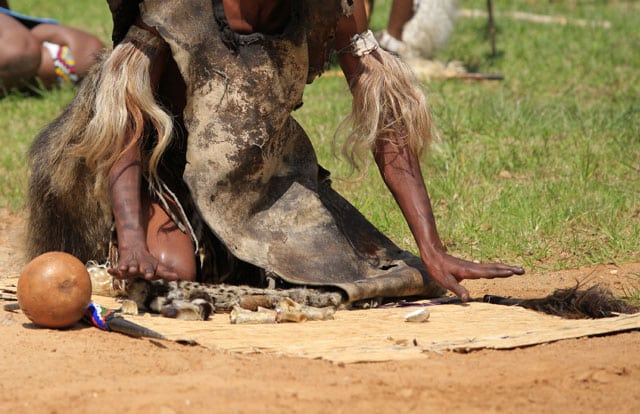 A focus on holistic treatment – one that involves the spiritual, moral, and social components of being – is shared by psychologists and sangomas alike.

While “conventional” Western medicine is arguably the most prominent form of medicine today, it is not accessible to, or the first choice for, everyone. In fact, the World Health Organization estimates that 80% of the population in developing countries depends on traditional medicine for their primary healthcare needs.

But can the two therapeutic systems co-exist? And where does modern psychology fit in the greater medicinal scheme of things?

When it comes to medical treatment, the west, as a leader in modern pharmaceutics has focused chiefly on the body. But this one-dimensional view of healing is increasingly seen as a limited way of treatment, especially amongst modern psychologists. A psychosomatic approach, which sees health treatment as a multidisciplinary integration of biological, psychological, behavioural and social factors is steadily gaining momentum.

What is interesting, however, is that Africans, amongst others, have been using psychosomatic strategies to cure disease for millennia. Hailing from the cradle of mankind, African traditional medicine is the oldest, and perhaps most assorted, of all therapeutic systems. It has at its heart a fundamental belief system: African traditional medicine in its varied forms is holistic, involving both the body and the mind.

The similarities between traditional African therapeutic practice and psychoneuroimmunology, a wave of scientific research that points to a circuit linking the immune system and brain, are not hard to see. Psychologists are increasingly acknowledging what it would seem our African forebears have known since time immemorial: that our mental state affects our immune system.

The sangoma and the psychologist

According to traditional African belief, human beings are made up of various aspects – physical, spiritual, moral, and social. When these parts function together harmoniously, a person will be in good health. On the other hand, if any of these features is out of balance, a person will become physically, or even spiritually, ill.

Thus illness is not viewed as just a physical disorder, but could also be a spiritual, moral or social disorder. Similarly, the treatment of an ill person involves not only aiding his or her physical being, but may also involve the spiritual, moral, or social components of being as well.

The traditional healer typically diagnoses and treats the psychological basis of an illness before prescribing medicines, particularly medicinal plants to treat the symptoms. Traditional healers therefore offer information, counselling and treatment to patients and their families in away that is both personal but that also incorporates an understanding of the patient’s broader environment.

This, too, demonstrates uncanny similarities with a relatively new field of modern-day psychological practice called community psychology. A branch of psychology that goes beyond an individual focus, community psychology promotes positive change, health and empowerment by integrating social, cultural, economic, and environmental influences.

Today, there are many who advocate protecting ancestral forms of knowledge in order to use these systems to complement conventional ones.

For example, as such a high percentage of Africans are thought to seek the aid of a traditional healer when they are ill, these practitioners could help in the fight against HIV/AIDS. Furthermore, organisations trying to combine traditional African and conventional Western medicine hope to be able to train traditional healers to, amongst other things, raise awareness amongst locals about the disease, serve as counsellors, and combat the spread of this disease.

Thus, the progressive view is to see how the holistic style of treatment may also be a complementary method to the Western version of medicine.

Interested in becoming a psychologist? Learn more about the practice and purpose of psychology by studying a course in psychology at SACAP. If you have a fascination with traditional medicine, you may find the mind-body focus of psychology especially appealing. For more information, enquire now.

The rise of mindfulness, and its role in psychology