It takes a village: How Community Psychology can benefit South Africans 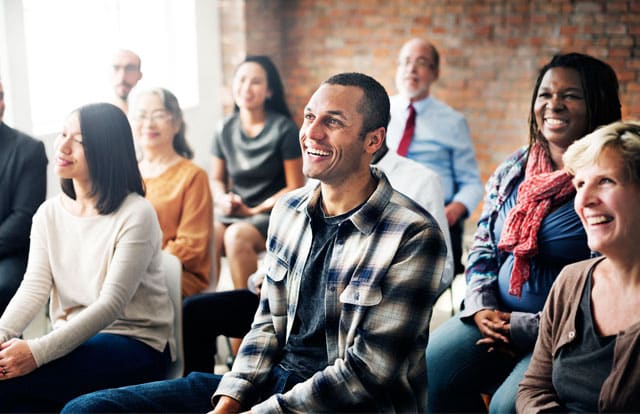 “No man is an island, entire of itself; every man is a piece of the continent, a part of the main.”

Seventeenth-century English poet John Donne eloquently describes our fundamental inability to be entirely self-sufficient and our inherent dependence on those around us for both our physical and emotional wellbeing.

This, in essence, is the central premise of community psychology, a branch of psychology that goes beyond an individual focus and integrates social, cultural, economic, political and environmental influences to promote positive change, health and empowerment.

A relatively new field of practice, community psychology developed in the United States during the 1960s in response to the increasing gap between the scope of the country’s mental-health problems and its available resources, dissatisfaction with traditional modes of service delivery in mental health, and recognition of the importance of the social environment for the development of competence and wellbeing. Similarly, it took root in South Africa in the 1980s in reaction to the inability of mainstream psychology to address the ever-growing psycho-social needs of the country’s marginalised communities and groups.

In many ways, the emergence of community psychology can be seen as a counter to traditional psychology’s preoccupation with mainstream individual-oriented models of understanding human behaviour. And now, more than ever, it is vitally important in a country where the majority of clinical psychologists work in private practice serving the needs of the minority, while the majority of the population has no access to mental-health services and where pressing social issues such as violence, crime, trauma, poverty, substance abuse and HIV Aids are compounded by an overburdened public-health system.

What do Community Psychologists do?

The problems of the individual can so quickly become the problems of the whole group. Conversely, there exists a wealth of research to show that the support of a community improves both the physical and mental health of its members, increases feelings of safety and security, producing better outcomes for children and helping economically through close local networks of contacts. Nurturing and enhancing the many positive benefits of vibrant community life is the job of the community psychologist.

Working with educators, policy developers, researchers and government agencies to promote group mental health, community psychologists seek to better understand the multiple influences of the social environment on health and wellness and, in so doing, to reduce social inequalities and to empower society’s most marginalised and oppressed people. They analyse government, civic life and workplace settings in order to understand and improve fair and diverse participation, and they collaborate with community members, groups and organisations to solve social problems, providing tools to build the capacity to address social problems such as exploitation and victimisation.

Where do Community Psychologists work?

Qualified to provide direct mental-health services, clinical community psychologists work in a variety of settings, from schools and community-based organisations to municipal health and human-service agencies, and even shelters and substance-abuse facilities. Their patients may be individuals who have few resources or are not well integrated into the larger community, and some practitioners focus on particular population groups, such as rural people or the elderly.

Non-clinical community psychologists do not treat individual patients. Instead they work on affecting change on a macro level, developing programmes or evaluating existing ones. Often, they are also employed by public-policy organisations, advocacy groups and nonprofits, either directly or as independent consultants, and many work in research and academic settings such as universities.

How do you become a Community Psychologist?

There is no denying the vital role these specialist psychologists can play in a society like ours, where there is an urgent need for improved mental health at both an individual and a collective level. Not only does an understanding of the dynamics of a well-run community allow us to make better decisions as a group, but community psychologists can also play a key role in developing the country’s future leaders.

If you have the ambition to effect societal change though the cultivation of mental wellbeing, a career in psychology may be your calling. Why not consider studying at SACAP, an accredited private higher educational provider that offers a range of vocational, academic and professional courses and is widely acknowledged as the country’s leading provider of higher education and training in the field of applied psychology. For more information, enquire today.