5 Ways to boost your mental health 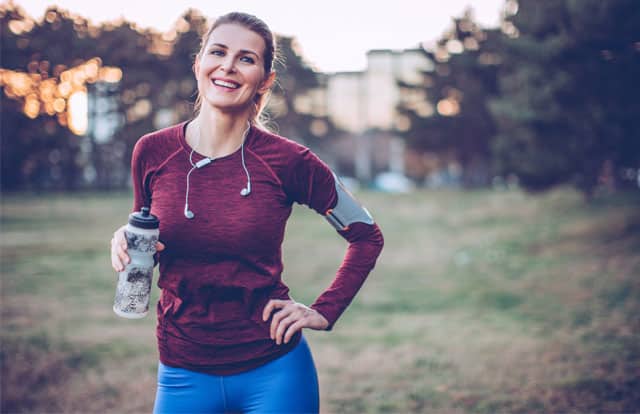 A wide range of mental-health conditions, including depression and anxiety, can be treated with certain lifestyle changes as successfully as diseases such as diabetes and obesity.

Such are the findings of a study conducted by American Psychologist Roger Walsh, a professor at the University of California’s College of Medicine.

Walsh’s findings are good news not only for those suffering from mental illnesses, but also for those wanting to maintain continued mental wellbeing. Because, let’s face it, if you are struggling with mental illness, it is easy to become overwhelmed by the seemingly endless array of treatment options and multiple medications on offer. That’s not to say that mental illnesses can be treated with lifestyle changes alone, but there is now conclusive evidence to prove that, in conjunction with lifestyle changes, such as a healthy diet, exercise and stress-reducing techniques, treatment options will work faster and more effectively.

In his study, Walsh researched the mood-boosting effectiveness of what he calls “therapeutic lifestyle changes,” or TLCs, on the quality of life of those dealing with issues such as depression, anxiety, bipolar disorder and schizophrenia. In addition, he also explored the psychological costs of spending too much time in front of the TV or computer screen, not getting outdoors enough, and becoming socially isolated. “Lifestyle changes can offer significant therapeutic advantages for patients, therapists, and societies, yet are insufficiently appreciated, taught or utilized,” maintains the Professor.

He goes on to say that the therapeutic advantages of TLCs are sometimes as effective as psychotherapy or pharmacotherapy in treating mental illness. He also also notes that they can help minimise the development of risk factors that can lead to conditions such as diabetes, cardiovascular disease, and hypertension, all of which are seen at higher rates in those with mental illness. “In the 21st century,” he concludes, “therapeutic lifestyles may need to be a central focus of mental, medical and public health.”

As Mental Health Month draws to a close, we look at the often unrecognised benefits of some of the therapeutic lifestyle changes reviewed in Walsh’s study:

According to a research study conducted by Dr Ashish Sharma and his co-team at the University of Nebraska Medical Center, “Exercise improves mental health by reducing anxiety, depression, and negative mood and by improving self-esteem and cognitive function. Exercise has also been found to alleviate symptoms such as low self-esteem and social withdrawal and is especially important in patients with schizophrenia since these patients are already vulnerable to obesity and also because of the additional risk of weight gain associated with antipsychotic treatment.” The authors defined aerobic exercises as jogging, swimming, cycling, walking, gardening and dancing.

The body of evidence linking diet and mental health is growing at a rapid pace. In a paper recently published in The Lancet Psychiatry, an international group of scientists (all members of the International Society for Nutritional Psychiatry Research) argue that diet is “as important to psychiatry as it is to cardiology, endocrinology and gastroenterology.” The paper’s authors cite a number of studies attesting to the vital role of certain nutrients in brain health, including omega-3s, Vitamin D, B vitamins, zinc, iron and magnesium. They also note that the modern diet, while dense in calories, tends to be lacking in these important nutrients, which may be contributing to the rise in mental-health conditions.

Have you ever wondered why you feel better after taking a stroll through a park or hiking a trail? According to recent study, a 90-minute walk through nature can positively affect your brain. The experiment, which had half of its participants walk through a park while the other half walked through an urban environment, aimed to see if there were any changes in brain activity, specifically rumination levels. “Rumination is a pattern of thought focused on the negative of oneself,” explains Gregory Bratman, a PhD environmental science student at Stanford University and lead author of the study. According to the Bratman, the participants who walked through nature showed lower levels of blood flow to the parts of the brain associated with rumination.

Human beings are social animals, and our relationships with other people matter to us. A study conducted by sociologists from the University of Texas shows that social relationships – both quantity and quality – affect mental health, health behaviour, physical health, and mortality risk. Strong relationships with family and friends can allow us to share our feelings and know that we are understood. They also help build a sense of belonging and self-worth. There’s even evidence that wellbeing can be passed on through relationships, so that being around people with strong mental wellbeing can improve your own mental wellbeing.

Contribution and service to others, or altruism, can enhance joy and generosity by producing a “helper’s high”, noted Professor Walsh and his colleagues at the University of California. Another study, conducted by researchers from the University of Massachusetts Medical School, further showed that helping others is associated with higher levels of mental and physical health, and possibly even extends lifespan. Interestingly, the study also showed that giving help is a more important predictor of better mental health than receiving it.

As a student at SACAP, you will learn about taking care of other people’s mental health, while also learning about your own through the various psychology courses we have on offer. To find out more, enquire now.

The top 3 reasons why millennials are hiring coaches

The men who mentor women