The men who mentor women 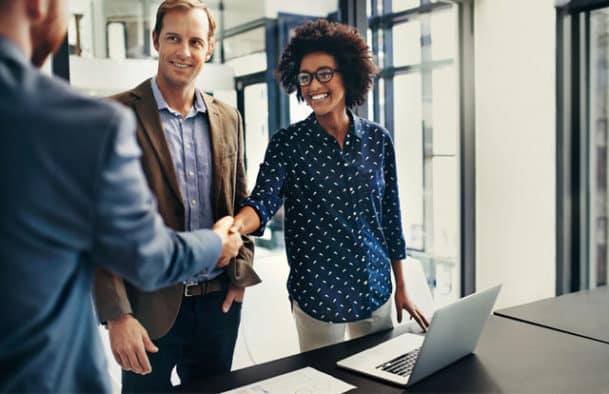 An environment where women feel welcomed, integrated and promoted is key to any organisation’s long-term success. And male mentors are key to making this happen.

When it comes to the status of women in the workplace, there is good news and not-so-good news.

The good news first: Women are entering the workplace in increasing numbers – including more than half of management positions across organisations and including traditionally male professions. Moreover, studies show that businesses and organisations with more women in leadership positions are more effective, balanced and competitive.

The not-so-good-news? Many organisations continue to struggle when it comes to retaining and promoting the talented women they work so hard to recruit and train.

According to a pair of American military professors, the reason for this is that women face more barriers in securing mentorships than men, and when they do find a mentor, they may reap a narrower range of both career and psychological benefits.

“Men need to fully appreciate just how crucial their support of promising junior women can be in helping them to persist, promote, and thrive in their vocations and organisations, say David Smith and W Brad Johnson, respectively associate professor of sociology and professor of psychology at the United States Naval Academy.

In Athena Rising: How and Why Men Should Mentor Women, the professors argue that, for a variety of reasons, senior men are simply missing in action when it comes to initiating and maintaining strong developmental relationships with junior women.

How, then, can the current status quo be changed?

Here, three crucial tips for men who want to create an environment where women feel welcomed, integrated and promoted into leadership positions – in a way that will ultimately ensure their organisations’ long-term success:

A major obstacle to male-female mentorships is the – often unconscious – deployment of old scripts for interacting with women. Often, men call up scripts for familiar roles such as father/daughter, son/mother, or knight/damsel-in-distress.

Although familiar and comfortable, these roles can obviously undermine a healthy adult mentorship at work, often disempowering women and ultimately undermining their sense of autonomy and competence.

Similarly, some men harbor implicit gender stereotypes that paint women as nice, caring and nurturing, but simply not cut out for the demands of leadership.

Want to mentor women well? Face your man scripts and refuse to let them jeopardise your mentoring relationships with women. First, become more self-aware and explore your own pattern of relating to women generally. Then, spend time with the women you mentor and be deliberate about building a strong friendship; greater trust will reduce the need to resort to stereotyped roles.

2. Help her sharpen her leadership style  (don’t change it)

The traditional masculine “command and control” leadership model – a model that assumes a good leader is action oriented, dominant, competitive, self-sufficient, and always willing to impose his will on others to get a job done – is proving increasingly inadequate in the modern workplace. In its place, organisations are hungry for transformational leaders who score high on social and emotional intelligence, value collaboration, and stimulate creativity through inspiration.

Gender and leadership studies show that women are more inclined to adopt this transformative, democratic and participative leadership style. However, many man-centric organisations don’t implicitly value these feminine leadership styles. This forces the women who men mentor into painful double binds: feeling forced to choose between liked or respected, for instance.

Want to mentor women well? It is crucially important for men to watch, listen, and learn about their female mentee’s unique approach to motivating and influencing those she leads. Do not assume that her approach should mimic your own. Instead, help her articulate her unique vision and preferred strategies for leading. Oh, and don’t forget to watch closely: you might learn a thing or two about leadership!

Here’s a simple truth: in many organisations, particularly those that are currently or recently male dominated, men have a wider base of power and access to more resources. As a man, remember that sharing your own power with mentees can work wonders at levelling the playing field for women.

Studies of women with male mentors show that a mentor’s “stamp of approval” leads to increased acceptance and stature among a woman’s male colleagues, significantly higher salaries, greater access to important people, and stronger perceptions of legitimacy, by both mentees themselves and others in the organisation.

Want to mentor women well? Remember to actively and transparently share power with your mentees. When you sponsor a woman, don’t withhold access to key members of your social network, and make certain that you accord her the access, public support, and resources she needs to get noticed and get things done.

Interested in learning more about coaching, and the methods that make effective leaders? Studying a course in coaching at SACAP will provide you with valuable insight into into the profession, as well as paving the way for a career in coaching and leadership. For more information, enquire now.

5 Ways to boost your mental health

The Importance of Taking Time Out