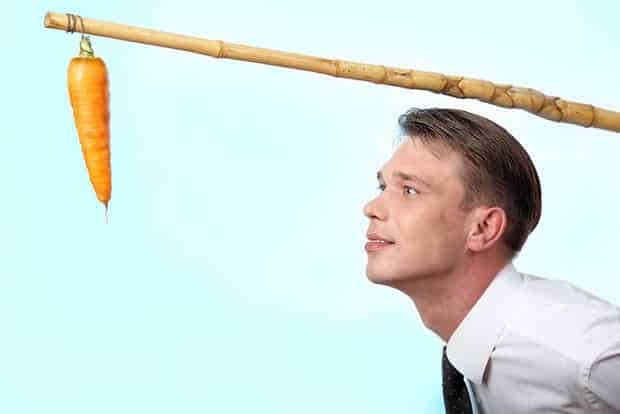 Last month’s thought provoking monthly psychology talk held at SACAP’s Cape Town campus, was conducted by Dr Robin Allen, Head of Clinical Services at Lentegeur Hospital, who discussed the notion of Motivational Interviewing. While Dr Allen approached the subject from a counselling point of view (as a person-centered counselling method for addressing the common problem of a patient’s ambivalence about change), many of the points he raised have great relevance to anyone trying to master the powerful art of persuasion.

While cajoling, bullying and good old-fashioned bribery are one way to get someone to do something they would rather not, the downside of such methods is fairly obvious. American writer and self-improvement guru Dale Carnegie’s How to Win Friends and Influence People, which was published 1936 and went on to sell 15 million copies world-wide, was – and remains – the seminal work on the subjects of motivation and persuasion. This was followed, in 1968, by Skill with People, Les Giblin’s groundbreaking work in which the former door-to-door salesman shares his observations on human nature and his knowledge of effectively dealing with people.

Both Carnegie and Giblin’s theories are grounded on one basic premise, says Dr Allen: ‘The only way to win people to your way of thinking is to get them to like you first.’ While likeability would seem a subjective notion, Dr Allen points out that there are a few tricks you can use to enhance your general ‘appeal’ to others. These include remembering – and using – a person’s name and showing that you’re generally interested in what he or she has to say by being a good listener, talking in terms of the other person’s interests and encouraging that person to talk about themselves. ‘And, of course, nothing beats a smile,’ he adds.

When it comes to winning people over, Dr Allen, like Carnegie and Giblin, is adamant: ‘The only way to get the best out of an argument, is to avoid one.’ Instead, he suggests that you begin in a friendly way, getting the other person saying ‘yes, yes!’ as soon as possible. ‘Show respect for the other’s opinion and try to honestly see things from his or her point of view,’ he explains, adding that it’s always best to let them do the lion’s share of the talking. ‘The trick is to get the other person to eventually feel that your idea is theirs. You do this by appealing to nobler motives, dramatising the idea and possibly even throwing down a challenge.’

Dr Allen speaks, too, of the six basic principles – each one deeply rooted in our human drives and needs – advocated by Robert Cildini, Professor of Psychology and Marketing at Arizona State University, in his 1984 book Influence: The Psychology of Persuasion.

‘Of course, deception or coercion in applying these principles in a counselling scenario is unequivocally short sighted, not to mention ethically wrong,’ adds Dr Allen. In essence, he says, the spirit of Motivational Interviewing – or, for that matter, any conversation intended to strengthen a person’s own motivation for and commitment to change – is based on three key elements: collaboration (as opposed to confrontation), evocation or drawing out ideas (as opposed to imposing them), and autonomy (as opposed to authority). ‘Ultimately, it is up to the individual to follow through with making changes happen,’ concludes Dr Allen. ‘Not only does this give them responsibility for their actions, but it’s also enormously empowering.’

Find out about upcoming SACAP Monthly Psychology Talks, which are open to the general public and free of charge.

Parenting skills for today as a path of evolution