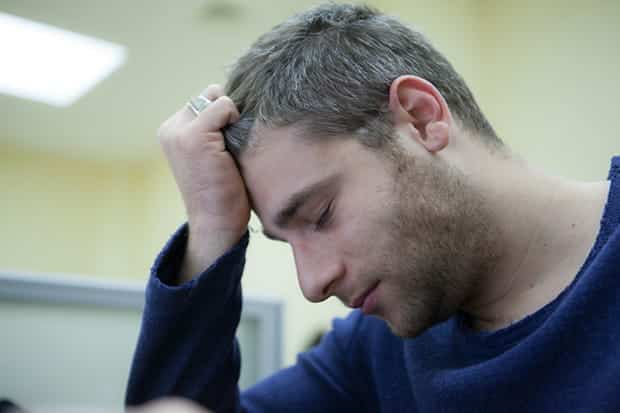 In mental health terms, the word ‘crisis’ refers not to a traumatic situation or event itself, but rather to a person’s reaction to it. The Chinese word for ‘crisis’ presents a good depiction of the components of crisis: in Chinese, the word ‘crisis’ is formed with the characters for danger and opportunity. A crisis presents an obstacle or threat, but it also presents an opportunity for either growth or decline. This means that if we can shift our thinking on how we see crisis, we might actually take advantage of it through effective crisis management.

Before addressing the latent ‘benefits’ of crises, it is necessary, first, to understand the difference between trauma and crisis, says Dr Gordon Isaacs , who conducts the Crisis and Trauma Counselling module that forms part of both the Bachelor of Psychology and the Bachelor of Applied Social Science degrees offered at the South African College of Applied Psychology. Dr Isaacs, who is also Manager of Outreach, Knowledge and Innovations at the Sex Workers Education and Advocacy Taskforce (SWEAT), one of SACAP’s fieldwork placement organisations, explains that, while trauma is the response to experiencing or witnessing a distressing, dangerous or life-threatening event that is out of the familiar range of usual human experience (think a natural disaster, torture, physical or sexual assault, violence), a crisis is typically defined as a response to an experience (and its subjective interpretation) that is typically within the expected range of human experience.

‘A crisis is a period (usually short- or medium-term) of psycho-social disequilibrium in which a traumatic or hazardous or dangerous experience confronts an individual, couple, family, group or community. This hazard or danger may be anticipated or unanticipated,’ says Isaacs. ‘The danger or threat in turn reduces (and in some cases, paralyses) the individual’s capacity to deal with the situation by using his or her repertoire of familiar coping mechanisms.’

Isaacs adds, however, that crises may include very real elements of trauma: ‘The crisis represents an internal or subjective response to an external threat, as well as to an internal feeling or thought, and not exclusively towards the event itself. A crisis may also invoke events from the past, which can complicate the situation further. Crises give rise to feelings of fear, panic, and discomfort and a response to crisis may become dysfunctional if the level of tension reduction is insufficient to ward off anxiety.’

Psychologists identity two major categories of crises: situational and developmental. Situational crises occur within a situational context, with clearly defined generic precipitant factors such as death, illness or disaster. Developmental – or maturational – crises are associated with the stages encountered by the individual during the passage of life, and are, therefore, dependent on developmental components. In clinical terms, the difference between situational and developmental crises is clarified along the following lines: The former contains the helix of sudden onset, unexpectedness, emergency quality and danger; the latter includes a series of transitions of adulthood that are seen to be qualitatively different from those of childhood and adolescence.

Erik Erikson, a German-born American developmental psychologist lauded for his theory on the psychosocial development of human beings, explains that ‘Crisis arises in the developmental phase when the accomplishment of a task associated with the progress of the life cycle is disrupted, thwarted or made difficult.’

By its very nature, crisis also involves some type of loss, which, naturally, is antithetical to our core values of certainty and predictability. Isaacs identifies two main types of loss inherent in crisis: object losses (in other words, the loss of material things or of persons; included in this category is divorce and death, as well as loss of one’s job or home), and state losses (the loss of a state of being or state of mind, such as a loss of self-esteem, or of control, faith or hope). ‘While they are often, but not necessarily, accompanied by object losses, state losses occur in every crisis,’ he points out.

In Identity: Youth and Crisis, Erikson stresses the positive potential of crises. He believes that, while the person in crisis may adapt to the situation, such adaptation may be either in the direction of growth (resolution) or continued impaired functioning, and insists that successful crisis management is essential for the eight-stage epigenetic approach to the life cycle that he describes. But, if growth and fundamental levels of change only tend to occur when we are out of our comfort zones, how, then, does one reframe one’s relationship with loss and opportunity, stop resisting unwanted change and embrace discomfort?

According to Isaacs, ‘The full exploration, expression and incorporation of the loss, be it of object or of state, needs to be dealt with before the potentiality for growth or gain, inherent in any crisis, can be realised.’

Isaacs explains that because, by its very nature, crisis is accompanied by loss, a process of grieving is a vital part of crisis resolution and crisis management: ‘Only once we have worked through the loss of the familiar, as it were, can we see the potential for change.’

This, according to Isaacs, is the tipping point – ‘The place where transformation occurs and opportunity prevails.’ And it’s no surprise, he points out, that crisis is defined in Webster’s Dictionary as: ‘A crucial or decisive point or situation; a turning point.’