The role of community in treating PTSD in South Africa 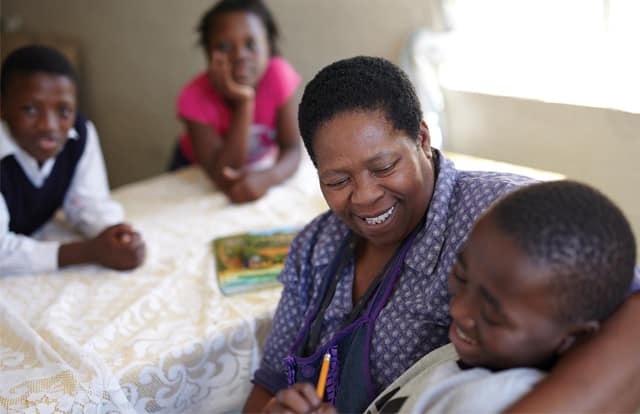 New research shows that the environment just after a traumatic event, particularly other people’s responses to the victim, may be just as crucial as the event itself on an individual’s mental health. Naturally, these findings have huge significance in a South African context, where abuse is rife and stigma prevalent.

A study by Dr Brandon Kohrt, a psychiatrist and professor at Duke University School of Medicine in the US, of Nepalese former child soldiers returning to their villages after serving with the Maoist rebels during the country’s civil war showed that, while all experienced violence and other trauma while away, their post-war mental health depended not so much on their exposure to war but on how their families and villages received them when they returned. In villages where the children were ostracised, they were found to suffer high, persistent levels of post-traumatic stress disorder, but in villages where they were readily reintegrated, they experienced no more mental distress than did their peers who had never gone to war.

“The research is certainly applicable to South Africa,” says SACAP educator Dr Gordon Isaacs, who teaches the college’s Crisis and Trauma Counselling module. “The community as a system, be it a small family or an entire neighbourhood, can effectively mitigate against the florid symptoms of post trauma in both individuals or a group.”

Dr Isaacs, the former Head of Counselling Services at the Centre for Survivors of Trauma and Torture in Woodstock, Cape Town, defines post-traumatic stress disorder (PTSD) as a sustained set of symptoms – behaviours, thoughts and emotions – that extend beyond a period of a month after the traumatic event. “What has emerged over the years within this area is that community and neighbourhood support, coupled with acceptance of the person’s subjective response to the trauma (and not necessarily to the event itself), is a process of healing,” he says. “Immediate containing and relevant support from family, friends, and significant others, coupled with community rituals that encourage hope and forgiveness, and grieving mechanisms that support loss and mourning, are key to recovery and on-going emotional stability.”

However, the traumatic effects of violent crime, car-hijackings, physical and sexual abuse, car accidents and illnesses such as HIV/Aids, have rippled through the psyche of the South African public. Dr Eugene Allers, a leading South African psychiatrist and former President of the South African Society of Psychiatrists (SASOP), believes that, when crime and motor-vehicle accidents are taken into consideration, up to six million South Africans could suffer from post-traumatic stress disorders. “Nearly a third of these are between 30 and 40 years old,” he says, adding that research shows that 58% of South African children have witnessed incidents of violence and crime and that, of these, 22% meet the criteria for PTSD.

Shamien Rugunandan, former National Training Manager at Child Welfare South Africa (CWSA), confirms Dr Allers’ research: “We’re dealing with an increasingly high incidence of children who are subject to trauma as a result of the direct and indirect causes of violence, neglect and abuse.” Most of these cases, she adds, “come from communities with poor or very little infrastructure – ones that are living below the poverty line where the focus is on bread-and-butter issues rather than psychosocial care.”

Rugunandan points out that the vast majority of South African communities are ill-equipped to deal with mental illness, and lack the necessary support systems because of inadequate resources, and the exorbitant demand placed on what little there are. A lack of proper understanding of how to deal with these issues, as well as the cultural taboos surrounding them, often result in ‘secondary’ abuse, she adds: “Stereotyping and stigma are the chief causes of the lack of support for victims of rape, mental illness and other social maladies. Add to this the fact that the communities themselves consist of people who have not had adequate treatment for their own traumas, and you have a scenario of systematic and cyclic situational stress that often manifests as harsh behaviour to victims, particularly those of abuse such as ‘corrective rape’ or ‘jack rolling’ (gang rape) for so-called punitive purposes.”

So rife is the stigma experienced by these victims that statistics released by The South African Depression and Anxiety Group (SADAG) indicate that 49% of mental-health sufferers report negative family relationships, 47% of them report having lost friends as a result if their psychological afflictions and 26% have separated from or divorced their partners.

The strength of communities

However, says Rugunandan, despite their exposure to domestic violence, high criminal behaviour and excessive violence, there is a remarkable resilience in local communities. “While we acknowledge that, given the degree of trauma in this country, we are only scratching the surface, we have had a good success rate in bringing more vulnerable children into the care system and providing them with access to resources, as well as equipping them with strategies for coping with situational stress.”

These new findings – that post-traumatic stress may be due more to lack of nurture than nature – strengthens the argument for social interventions that are known to ease the effects of traumatic experiences, insists Lance Katz, CEO of SACAP: “The intervention of skilled, experienced and professional counsellors and coaches at community level is key to curbing the tide of trauma.” Katz explains that the Fieldwork component that is integral to SACAP’s curriculum not only provides students with the opportunity to make a positive difference in people’s lives, but also gives them real-world experience of the specific problems facing this country’s communities. “Only by encouraging those entering the field of mental healthcare to conceptualise possible action for effective change within the South African context, can we make a start to addressing the problem,” he says.

If you wish to join the fight, consider studying counselling at SACAP. Courses on offer include the Diploma in Counselling and Communication Skills, and the more extensive Bachelor of Psychology (BPsych). Part-time courses and distance-learning options are also available. For more information, enquire now.

How to choose a Counsellor