The growing epidemic of domestic violence in South Africa 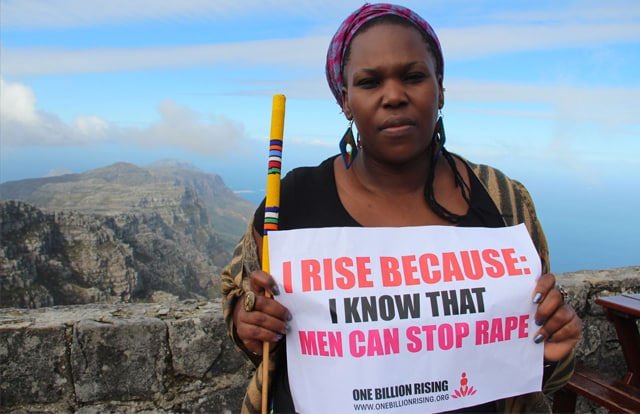 The statistics on domestic violence in South Africa are a cause for much concern. SACAP’s educators discuss possible reasons for this epidemic.

South African activist, academic and businesswoman, Dr Mamphela Ramphele, sums up the tragic situation of domestic violence most poignantly. In her book Steering by the Stars, she asks: “How are young people to understand their own evolving roles in a community that insists on male dominance even when men are absent physically and emotionally? How do young men learn to become men in such a setting?”

Police statistics on domestic violence in this country are limited, but 15 609 murders and 64 500 reported rapes in 2011 to 2012 suggest massive levels of violence in our homes. Household surveys by the South African Medical Research Council (MRC)  have found that 40% of men have hit their partners and one in four men has raped a woman. Three-quarters of men who admit to having raped women say they did so first as teenagers. And, while a quarter of the country’s women has been raped, just 2% of those raped by a partner reported the incident to police.

“The problem is a complex one,” admits educational psychologist Tammy Epstein,“It lies in part with the absence of male role models in South African families, with how boys are raised and with what parental, cultural, social and peer influences are exerted on them,” she says.

Epstein explains how, from the age of about seven, boys look beyond their mothers to learn from adult males what it is to be a man – a problematic scenario given the increasing “absence of fathers” in modern-day childrearing. “The problem is a reflection of the breakdown of the family unit and the lack of male role models for our boys,” she says. “This is adversely affecting the psychological development of our children.”

The view of ‘the father’

In South Africa, the absence of adequate childcare is, of course, particularly pronounced, with the grim reality being that a child in this country is more likely to be raised by a non-biological parent than by both biological parents. Add to this the high rate of teenage pregnancies, with children born to young mothers who are ill-equipped to raise them, and neglect is inevitable.

Social worker Alexa Russell Matthews, who has facilitated support groups in impoverished communities, says that the dearth of suitable caregivers in South Africa is responsible for the country’s serious “disconnect”, with the result that children do not form secure attachments. “Research shows that the key to optimal development in early childhood is the attachment that the child has to a primary caregiver,” explains Russell Matthews. “For many South African boys, whose socially-engineered view of father is of ‘the other’, the patriarch to be revered but not necessarily depended on, attachment, and the development of the core value systems that comes with it, is hindered. The result is that these children (and the adults they become) are wholly unable to feel any form of empathetic response to those most vulnerable citizens of their communities – the women and children.”

The country’s culture of violence further exacerbates the problem, say experts. “Take corporal punishment, for instance – a practice still often condoned in this country,” points out Epstein. “Indefensible physical violence, such as hitting as a form of retribution, conditions children to respond to angry feelings with violence.”

Adds Russell Matthews: “Apartheid made violence an instrument of control and so it became the norm in South Africa. The so-called transition to a ‘free society’, then, left many men of all races with a sense of powerlessness. Violence against women and children represents a displacement of aggression in which men feel able to reassert their power.”

How the circadian rhythm affects your sleep cycle

How a Coach can Help You Deal with a Difficult Boss