Dopamine and your brain: How does it work? 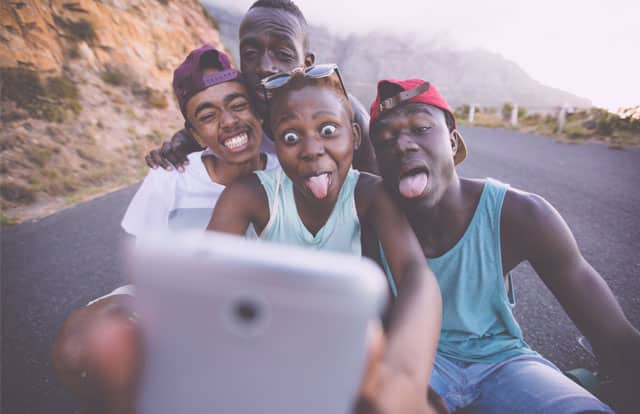 Dopamine may activate our reward systems, but it can also hijack the brain, permanently altering its hardwiring. How does this feel-good hormone work?

If there were a celebrity among brain chemicals, it would be dopamine. Supposedly released whenever we experience something pleasurable, it’s the Kim Kardashian of neurotransmitters, forever linked to salacious stories of sex, drugs and wild partying in the popular press.

But dopamine has also been called the ‘two-faced molecule’. While, initially, it may be responsible for activating the brain’s reward systems, it can also hijack the brain, forcing it to go through a series of changes, beginning with the recognition of pleasure and ending with a drive towards compulsive behaviour. And, where addiction may stem from cravings for ‘more of a good thing’, studies now show that, even when the substance of one’s addiction loses its ‘pleasurability’, cravings still persist – such is the degree to which dopamine can permanently alter the brain’s hardwiring.

The evolution of incentive

Dopamine has its evolutionary roots in the brain’s motivational/incentive-based survival mechanisms, says Counsellor, Dana Tadmor, who co-wrote and lectures both the Addiction modules at the South African College of Applied Psychology. ‘Dopamine is responsible for feelings of gratification, it increases motivation and stimulates motor function. It’s the chemical reason the brain associates joy with things like eating disorders, sex or completing a difficult task. This reward system is one of the explanations for why we survive the struggles we encounter in a world that isn’t necessarily easy or friendly.’

Tadmor explains that stimulants such as drugs, eating disorders and sex addiction, unnaturally increase the release of dopamine in the brain and then tamper with the neuro-hormone’s reabsorption mechanisms. ‘When you feel good naturally, your brain is not reabsorbing dopamine overly rapidly, but, when the neurotransmitter is artificially stimulated, the levels are elevated and the body, in an attempt to maintain an equilibrium, reabsorbs the dopamine too quickly, often leaving you feel depressed, empty and hollow after the initial “high”.’

From incentive to addiction

While we have long known that dopamine is the molecule at the root of addiction, scientists are only now beginning to understand the role it also plays in learning and memory — two key elements in the transition from liking something to wanting or needing it.

Research shows that when one’s pleasure system becomes habituated to liking something, even in the absence of dopamine, the brain still craves said substance. Drug addicts often talk about no longer deriving pleasure from the substance of their abusive preferences, and yet still needing to have it. Scientists therefore conclude that there is a distinct physiological difference between ‘liking’ and ‘wanting’ and that, while dopamine is a necessary as a mediator in the reward process, in the long run, it is not integral to feeling pleasure.

These findings beg questions about how the brain copes with perpetual onslaught by today’s stimulant-saturated consumer culture. After all, advertisers and marketers, while perhaps not always aware of the neurological mechanics at work, have long manipulated the delicate balance between ‘liking’ and ‘wanting’. One asks then, will repeated exposure to the hedonistic triggers of the modern world hyper-sensitise our dopamine systems resulting in maladaptive (as opposed to survival-motivated) behaviours? Does modern-day living effectively short-circuit our old-brain dopamine systems and, if so, does dopamine still have a constructive role to play in our survival? Or did evolution get it all wrong?

Addiction is an important area of study for counsellors, who seek to understand the factors that contribute to it, so they can develop effective methods of treating it. If you’re interested in learning more about a subject that will only become more important as technology (and its impact on the human experience) continues to evolve, then you may wish to study counselling at SACAP. A course in counselling will pave the way for you to pursue a career in counselling, while developing skills that can serve you well whatever path you choose to follow. For more information, enquire now.

The symptoms of depression in teens