Are eating disorders an addiction? 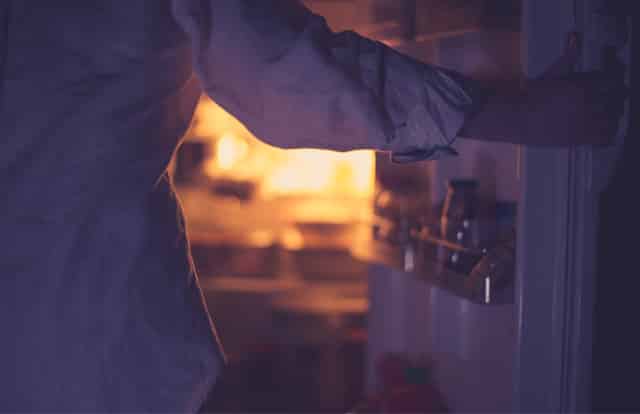 ‘I simply replaced narcotics with bulimia. I stopped the drugs and found the food. The poison you choose isn’t as relevant as the fact that you’re not dealing with whatever it is you’re going through. You’re not talking about what you’re feeling, you’re not accepting yourself or getting in touch with your emotions.’

For more than nine years, Sarah Pictin has been purging her food in any place she can find: public toilets, plastic bags, coffee mugs. When she couldn’t satisfy her bulimic addiction, she restricted her diet to the point that she weighed only 41kg, a weight better suited to a girl less than half her age. She has lost teeth and her gag reflex. She has lost her energy and her friends. She has come close to losing her life.

Finding Sarah: A True Story of Living with Bulimia is Sarah’s story as told to bestselling South African author Joanne Jowell. While it may not immediately spring to mind when one considers addictions, Jowell believes that eating disorders such as bulimia nervosa are just as addictive as hard substances, like drugs and alcohol. And she’s not alone: psychologists are increasingly likening the behavioural patterns seen in eating disorders to those commonly identified with substance addiction. Like substance abusers who suffer uncontrollable urges to consume mood-altering tablets, powders and liquids, bulimics, too, fall victim to intense cravings… in their case, the overwhelming compulsion to binge on food and then purge in an attempt to negate the consequences of overeating.

A 2012 article published in the Journal of Clinical Psychopharmacology describes the disorder as ‘particularly addictive’ and points out the similarities between addiction to bulimia, on the one hand, and harmful substances, on the other. A bulimic’s irrepressible desire to purge after binging is compared to the intense ‘cravings’ that drive substance addicts to abuse drugs and alcohol. Other neurological tendencies evident in substance abusers are often present among bulimics, too: Like addicts, bulimics suffer intense withdrawal symptoms between bouts of binging and purging, as they are said to become addicted to the ‘high’ that follows purging. Feelings of extreme shame and self-loathing are also common between both bulimics and substance abusers.

Some facts about eating disorders:

Not a lifestyle choice

Just like substance abuse, eating disorders can also severely impact one’s health if left untreated. Whether the sufferer is consuming too much food in too short a space of time, or too little, their behaviour will lead to complications. In the case of bulimi nervosa, the constant bringing up of food can damage the throat and teeth, as well as leading to electrolyte imbalance and dehydration.

Those being treated for eating disorders are often screened for other mental illnesses and behavioural problems, as there is a lot of overlap. Furthermore, those attempting to recover from eating disorders may resort to substance abuse, and vice verca.

As such, treating eating disorders with the same methods used to treat substance abuse may be beneficial, and even necessary, in order to bring about a full recovery.

If you’re interested in pursuing a career as a counsellor, you should consider studying counselling at SACAP. Courses on offer include the Diploma in Counselling and Communication Skills, and the more comprehensive Bachelor of Psychology (BPsych). Part-time and distance-learning options are available. For more information, enquire now.

Anxiety symptoms: The ways in which anxiety can manifest itself