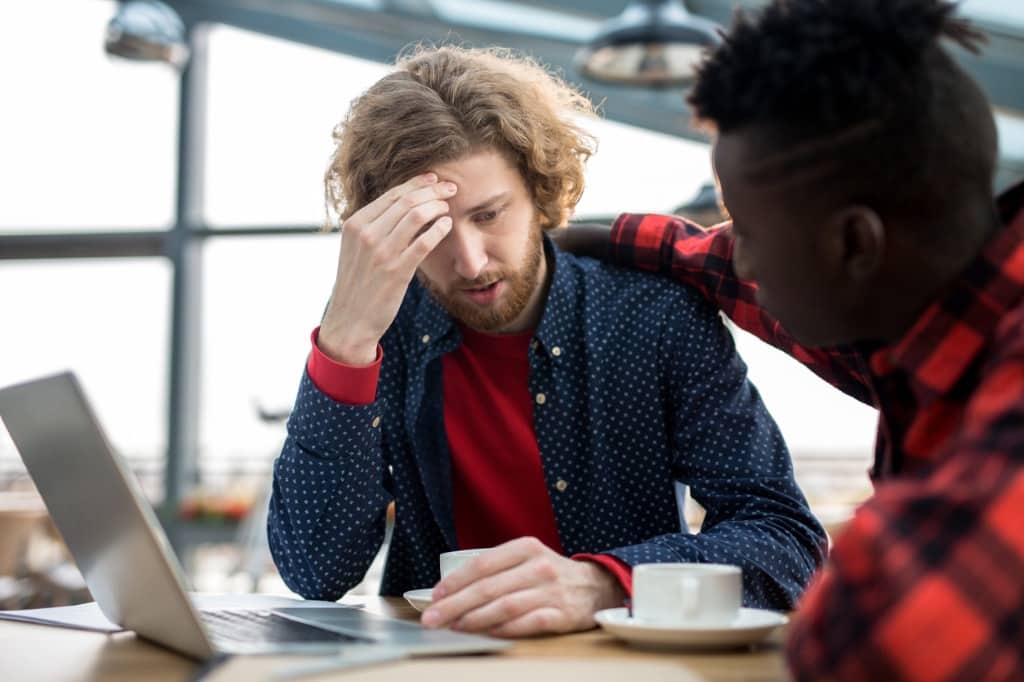 The terms empathy and sympathy are often confused and used interchangeably. However, when compared these terms have quite different meanings. Both are vital to our interpersonal connections and impact our interactions with those around us.

What is the difference and if they are vital, is there a way to nurture them?

The Roots & Meaning of Empathy and Sympathy

Both Empathy and Sympathy find their origin in the Greek word pathos, meaning suffering and feeling.

Empathy is derived from the ancient Greek word empatheia; being a combination of the prefix en and the word pathos meaning ‘in feeling’.

Likewise, sympathy has its roots in the Greek word sympatheia; being the combination of the prefix sum, meaning together, and the word pathos. The literal translation of the term is ‘together feeling’ or ‘together suffering’.

This means that these differences between the two terms can be attributed to the emotional processes involved:

The difference between the two terms may seem slight, but it equates to two very different forms of behaviour and feelings.

Both sympathy and empathy play vital roles in our ability to connect with others.

Laura Dell, an Assistant Professor at the University of Cincinnati, explains that “Before children can identify and empathise with other people’s feelings, they need to understand how to process their own feelings. Once they can identify their own emotion, they are better able to develop those self-regulation skills to control their own emotions – and then take the next step to understand the emotions of others.”

Despite this, however, recent studies show that sympathy and empathy are on the decline. Studies illustrate that the boom of the digital age and the increase in online trolling and harassment that comes with it have resulted in a 50% decline in empathy levels amongst college students.

All hope is not lost however. In his book, Empathy: Why it Matters and How to Get It, social philosopher Roman Krznaric suggests five sure-fire ways to develop and nurture our ability to empathise. Here they are:

When arguing with someone, whether it is at home or at work, remember to take a moment to really listen to what they are saying. Focus on two things, what the other person is feeling and what they need. Then, ahead of saying what you want to, reflect to them what you understand them to have said. Results indicate conflict resolution is 50% faster if each party repeats what the other has said.

Empathy is often stifled due to stereotyping and prejudice; this can be the result of us forming opinions about someone we don’t know based on what they look like. Krznaric suggests having at least one meaningful conversation with a stranger per week to boost levels of understanding and nurture empathy and sympathy.

Reading books and watching television are great ways to ‘step into another’s shoes’. Identifying with the characters and imagining how you would feel and act in a similar situation allows you to practise your empathy and sympathy skills.

4. Reading the mind in the eyes:

Empathy in the workplace leads to better teamwork, leadership and creativity. Krznaric recommends including an empathy test in a recruitment process. In the Reading the Mind in the Eyes test, participants are shown sets of eyes and asked to pick a word best describing the person’s emotional state based on their eyes. Research shows that people with high levels of empathy are well-skilled in this type of emotional reading.

5. Teach children to identify their feelings:

Undeniably, the most effective way to fight the decline of empathy is to nurture it at a school level. Through face-to-face communication, you can teach a child how to identify their own feelings. Only then will they be able to identify the emotions of others.

Thus, despite their similarities, sympathy and empathy have very different meanings. Both, however, play an important role in allowing us to connect with others and should be encouraged and nurtured whenever possible.

How a Coach can Help You Deal with a Difficult Boss

Are eating disorders an addiction?