Is 25 the new cut-off point for adulthood? 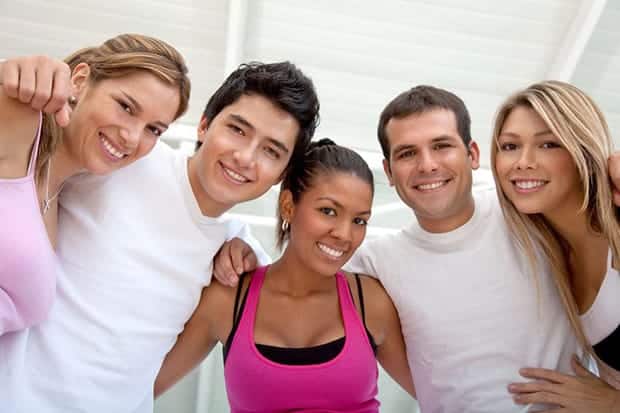 What was the moment when you realised you had become an adult? How old were you?

Guidance for UK psychologists released late last year acknowledges that adolescence now effectively runs up until the age of 25 for the purposes of treating young people. The change follows developments in our understanding of emotional maturity, hormonal development and, particularly, brain activity. Neuroscience has shown that a young person’s cognitive development continues beyond the formerly accepted 18 years of age well into their twenties and that their emotional maturity, self-image and judgment will all be affected until the prefrontal cortex of the brain has fully developed.

‘MRI technology has enabled researchers to study the adolescent brain in depth, and find far more information than previously supposed,’ says Julie McFarlane, a registered counsellor who conducts the Working with Adolescents module that forms part of SACAP’s Bachelor of Psychology Degree. McFarlane explains how researchers, among them Dr Dan Siegal, clinical professor of psychiatry at the UCLA School of Medicine, have discovered that the prefrontal cortex (responsible for things like decision making and problem solving) is now known to not be fully developed until the mid twenties, leading them to extend the period of adolescence to much later.

SACAP educator Ruth Lundie, who teaches SACAP’s Developmental Psychology B module, refers to a period of time called ‘emerging’ or ‘transitioning’ adulthood – when the transition from childhood or adolescence into adulthood takes place. ‘It is impossible to say that once you turn 18 you become an adult. It is more a process of coming to realise that you are an adult; of when others around you treat you like an adult and you start to behave like an adult,’ she says, adding that the issue is further complicated by the fact that different cultures have different markers of recognising individuals as adults: ‘So biologically, science might say that you’ve not yet reached maturity, but culturally you are treated like an adult.’

According to Lundie, the increasing delaying of these so-called ‘rites of passage’ in the modern world muddies the waters for transitioning adults: ‘Today, more and more young adults are studying further after school and delaying marriage and starting families. Historically, it was these milestones – marriage, children – that were considered key markers of adulthood in the western world. Does it mean, then, that because they are delayed, so adulthood is delayed too?’.

Statistics bear out Lundie’s point, especially considering that a growing number of young men and women in their late 20s still live at home. Is there a danger that we could be breeding a nation of young people reluctant to leave adolescence behind? ‘I think young people are frustrated with the extended period of adolescence and with waiting to take their place in the world as adults, and to be recognised as such,’ says McFarlane. ‘However, the adult world also looks pretty scary to them. Violence, crime, unemployment, poor economy, dwindling resources, unknown technologies.  Wouldn’t you be reluctant to step into that?’

McFarlane adds that flying the family nest need not necessarily be essential in order for adolescents to learn how to be independent. ‘Today’s young people are actually far more independent in other ways,’ she says. ‘The world has become a global village. Modern young people travel and explore by themselves far more than previous generations did. The world of work is harder and faster and requires more independent manipulation and skill, too.’

McFarlane stresses that a large reason for multi-generational families increasingly residing under one roof is simply a case of old-fashioned economics. ‘The world by-and-large has become more difficult to navigate. It’s harder to find a job, and our culture emphasises that higher learning will make you more employable. Today’s youth study far longer than their parents did before they become economically active.’

She goes on: ‘Young people are marrying later, if at all, and it’s much more costly to live in the world as a single adult: housing is more expensive, food is more expensive. Plus, many young people juggle contract or part-time jobs so it’s harder to get credit and to build a nest egg.’

McFarlane is not, however, blind to the fact that what could well be at play here is a case of psychology inadvertently endorsing a mass cultural shift, and not the other way around. ‘It’s an exciting and also a scary time for young people,’ she says. ‘Bruce Talgan, a writer and researcher of youth culture, calls those born after 1990 “generation Z”, and points out the amazing technological changes they have seen: the rise of handheld devices, the omnipresence of the internet. Young people today are pioneers and the cultural and social rules for their world are still being created. It’s a world that never sleeps where they are bombarded with information 24/7. We learnt from older generations about situations and appropriate behaviours, and previous generations taught young people through wisdom and observation. But that is not the case today. Talgan says this generation “simultaneously grew up way too fast and never grew up at all”.’