Jumping to conclusions: How your brain plays tricks on you 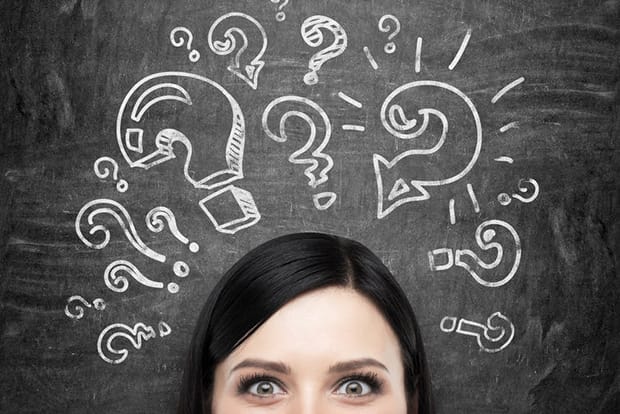 A father and son are en route to a soccer game when their car stalls on the railroad tracks. The father can’t restart the car and an oncoming train hits it. The father dies, and an ambulance rushes the boy to a nearby hospital. In the emergency room, the surgeon takes one look and says: “I can’t operate on this child; he’s my son.”

The subversive nature of unconscious thought is revealed by this riddle. Of course, what prevents most people from seeing that the surgeon is the boy’s mother is the reliance of the brain on the “default assumption” that a surgeon is a man.

Default assumptions are one of the strategies the brain uses to judge the most likely interpretation of an ambiguous situation. Indeed, human brains are finely tuned, decision-making machines designed to make quick judgments on a wide variety of confusing events. How far away is that car in the distance? Is that shape in the shadows a dustbin or a man with a gun? Is that round red thing a cherry or a marble? In effect, the brain calculates what psychologists call a “base rate” – the normal frequency of a certain event in a normal population and, in general, it uses past experience to jump to the “most likely” conclusion. Yet, as this riddle demonstrates, these same assumptions can lead people – even intelligent, broad-minded people – grossly astray. In fact, it’s these so-called cognitive weak points – how the brain fools us into seeing what we expect to see and how it rejects any information that challenges our already established points of view – that can even be a route to bias and discrimination.

Heuristics, or shortcuts that our minds naturally take so we can make split-second decisions, are helpful in many situations as they allow people to function without constantly stopping to think about their next course of action. But, while heuristics can speed up our problem-solving and decision-making processes, they can, as we’ve seen from the above example, also introduce errors. Just because something has worked in the past does not mean that it will work again, and relying on an existing heuristic can make it difficult to see alternative solutions or come up with new ideas.

According to Wray Herbert, Director of Science Communication at the Association of Psychological Science in America and author of On Second Thought: Outsmarting Your Mind’s Hard-wired Habits, a lot of these heuristics are fear-based: “Consider that many of these heuristics are ancient, developed over eons. So, for example, people overestimate distances down because they have a fear of falling. People also overestimate the distance up because they have a fear of climbing. In this case humans are unconsciously calculating anticipated fatigue. This stems from our need to conserve energy in ancient times.”

Human’s brains use mental shortcuts to save time and energy, but that doesn’t mean we’re always correct. While it may feel like we have direct access to reality, in order to produce that feeling, our brain is stitching together all the different information from our senses and filling in the gaps using its best guess as to what is out there in the world. We notice the things that our brain thinks are important and can process very complex information quickly because our brain makes use of heuristics.

Normally we don’t even notice these shortcuts but optical illusions have helped us understand lots of the shortcuts used by the brain. Think, for example, of how the moon appears larger when it’s low on the horizon than when it’s high overhead. Many visual illusions are based on your expectations – things that you have encountered in the past that have become wired into your brain. This is knowledge that influences the way we interpret and experience the world. This is because we assume that the world is fairly reliable based on our previous encounters so we assume that it is predictable. The remarkable thing about illusions is that, even when you know things are not what they seem, you still cannot force your mind to see it any other way. This is because your conscious mind is a product of your brain, which is feeding you the information.

Psychologists have identified several different types or categories of heuristics. The availability heuristic, for instance, is a mental shortcut that helps us make a decision based on how easy it is to bring something to mind. In other words, we often rely on how easy it is to think of examples when making a decision or judgment. For example, in South Africa, what percentage of all crimes do you suppose involve violence? Most people are likely to guess a high percentage because of all the violent crimes – murder, rape, robbery, assault, domestic violence – that are highlighted on the news, yet in reality, the number is far lower than, say, property crimes. The problem with the availability heuristic is that we assume that if several examples are readily available in our minds, the event or subject matter is commonplace. But that assumption is not always correct. However, there are many situations in which the availability heuristic is useful and accurate. For example, it’s part of what makes us careful in dangerous situations. If we can think of a similar situation that ended badly for someone else, we’re more likely to be cautious and to better protect ourselves.

The base-rate heuristic, on the other hand, is a mental shortcut that helps us make a decision based on probability. For example, imagine you live in a big city and hear an animal howling around midnight. You would probably assume it is just a dog as wolves aren’t likely to be found in the city. Statistically, a wolf howling in the city would be very improbable.

Another type of heuristic is a representativeness heuristic – a mental shortcut that helps us make a decision by comparing information to our mental prototypes. For example, if someone was to describe an older woman as warm and caring with a great love of children, most of us would assume that the older woman is a grandmother. She fits our mental representation of a grandmother, so we automatically classify her into that category. This heuristic, like others, saves us time and energy. We make a snap decision and assumption without thinking very much. Unfortunately, many examples of the representativeness heuristic involve succumbing to stereotypes.

The ideal, then, of a society free of prejudice may not be possible, some experts say, simply because of the makeup of the human mind. Stereotypes are not only inevitable, but essential for survival. If people couldn’t make lightning-fast decisions on limited information, they would not be able to discriminate between friend or foe, shadow or object, far or near. To a very real extent, people have to judge every book by its cover.

But, sadly, once a judgment is made, virtually no amount of contrary evidence can turn it around. “The truth is,” says Wray, “despite all the buzz about the power of gut-instinct decision-making in recent years, sometimes it’s better to stop and say, ‘On second thought…’.”

What makes a good coach?