The shocking state of mental health in South Africa in 2019 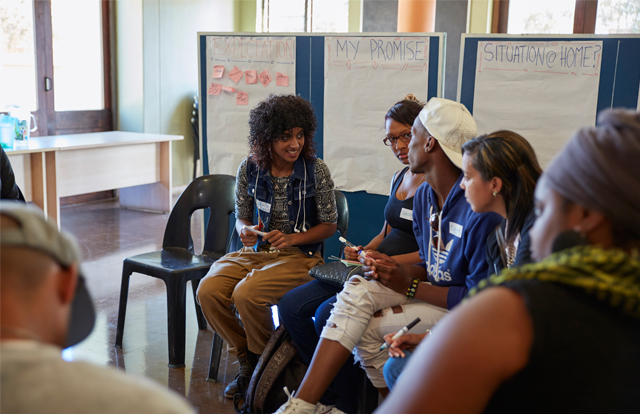 With studies revealing the poor standing of mental health in South Africa, on whom does the onus fall to remedy lack of counselling resources?

As many as one in six South Africans suffer from anxiety, depression or substance-use problems (and this does not include more serious conditions such as bipolar disorder or schizophrenia), according to statistics released by the South African Depression and Anxiety Group (SADAG).

Furthermore, research reveals that over 40% of people living with HIV in South Africa have a diagnosable mental disorder. A study done by UCT’s Department of Psychiatry and Mental Health indicates that, in low-income and informal settlements surrounding Cape Town, one in three women suffers from postnatal depression, while research from rural KwaZulu-Natal shows that 41% of pregnant women are depressed – more than three times higher than the prevalence in developed countries.

Dr Eugene Allers, a leading South African psychiatrist and former President of the South African Society of Psychiatrists (SASOP), believes that when crime and motor-vehicle accidents are taken into consideration, up to 6 million South Africans could suffer from post-traumatic stress disorder.

What’s more, says Cassey Chambers, Operations Director at SADAG, because “people don’t know where to go to get help, or are too scared to seek it, the stats we have are still not a true reflection of what is actually happening on the ground.”

However limited, looking at what evidence we do have, one can safely conclude that the state of country’s mental wellbeing is in severe crisis. Yet, despite the acute need for it, South Africa’s mental healthcare resources are wholly unequipped to handle the burden placed on them. SADAG claims that less than 16% of sufferers receive treatment for mental illnesses. And, although over 85% of these patients are dependent on public health-sector services, there are only 18 beds for every 100 000 people available in such hospitals (and only 1% of these are reserved for children and adolescents!).

The root of the crisis

The primary burden of mental healthcare falls on community-based providers, says Chambers: “Clinics, support groups, even lay counsellors and community leaders are having to step in where institutionalised help is not available. Only 27% of South Africans reporting severe mental illness ever receive treatment. This means that nearly three-quarters of these sufferers are not accessing any form of mental health care at all.”

In addition to a lack of resources, stigmas surrounding mental health pose a major stumbling block when it comes to treating the disease in South Africa, explains Chambers. “In Zulu, there is not even a word for ‘depression’ – it’s basically not deemed a real illness in the African culture. As a result, sufferers are afraid of being discriminated against, disowned by their families or even fired from work, should they admit to having a problem. There is still the perception that someone with a mental illness is crazy, dangerous or weak. Because there is often an absence of physical symptoms with mental illness, it is considered ‘not real’, a figment of the imagination.”

Experts unanimously agree that the nature of the mental health situation in the South African context requires a uniquely South African solution. According to Chambers, there is most definitely scope for an approach to dealing with our country’s mental health issues that incorporates both western medicine and traditional healing. “Addressing the cultural belief systems at play is crucial for finding ways to best help patients and their families, and traditional healers can play a significant role in this regard,” she says.

The first line of defence

Because of the huge responsibility that falls to community healthcare providers when it comes to dealing with mental illness, Chambers stresses that it is these traditional healers, along with local nurses, counsellors and coaches who are at the forefront of fighting the mental-illness pandemic in South Africa.

Lance Katz, Managing Director at the South African College of Applied Psychology (SACAP), agrees that “the intervention of skilled professional counsellors and coaches” is key to the solution. SACAP’s teaching programme places an emphasis on both practical application and cultural diversity when it comes to psychological training. Fieldwork experience is an integral part of SACAP’s curriculum, and the organisation offers over 100 placement sites in the Gauteng and broader Western Cape regions, SADAG among them. “The fieldwork component gives students the opportunity to not only sharpen their counselling skills in a real-world context, but also to make a positive difference to people’s lives at the same time,” says Katz.

In addition, a “Diversity in the South African Context” module is also incorporated into the teaching syllabus, the aim of which, explains Katz, is to create awareness of the impact of context and contextualised dynamics that ultimately shape the development of individuals and counselling practice within South Africa: “By encouraging those entering the field of mental healthcare to conceptualise possible action for effective change within the South African context, we can make a start to addressing the problem,” he says.

Chambers agrees, “The first step to helping patients and loved ones is to get them to talk about it. There are still so many sufferers who feel alone, scared and misunderstood. Increased awareness and a policy of educating the public about mental health issues will encourage more people to share their diagnoses and seek help.”

You can join the fight. Studying a counselling course at SACAP will set you on the path to becoming a registered counsellor, so you can play a role in alleviating the heavy burden being placed on mental health services in South Africa. For more information, enquire now.

Different types of psychology, and what they entail

Should you become a business coach? Ask these 6 questions first