The bystander effect: What is it, and is it real? 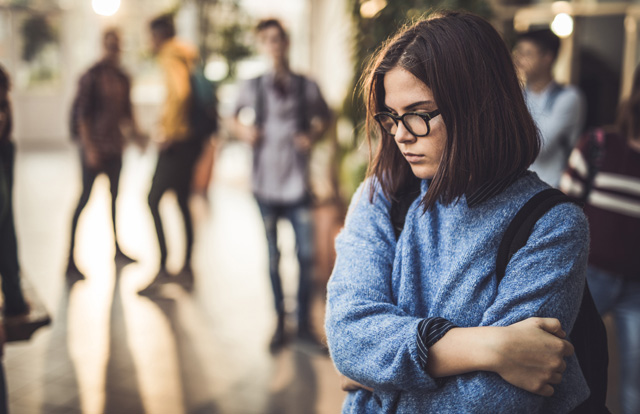 What is happening inside the minds of people who fail to act when they see someone else in distress? We explore the theory behind the ‘bystander effect’.

We all like to think we would be the one to step up if we saw someone in trouble; and people who have witnessed traumatic events often feel guilt about the inability to act. But psychological conditioning usually takes over in such situations, and when people do fail to act, it’s not necessarily because they made a conscious choice to abandon their fellow human beings. In fact, most of the time, it’s a result of something that psychologists describe as the ‘bystander effect.’

Why does the bystander effect occur?

The bystander effect describes a phenomenon whereby people become less likely to act in an emergency if there are others present. According to Psychology Today: “The greater the number of bystanders, the less likely it is for any one of them to provide help to a person in distress.”

This could be put down to two factors:

Aside from that, there’s the confusion such situations create. The people present aren’t entirely certain what is going on, and are therefore more likely to follow someone else’s lead.

According to Stephanie Preston, a professor of psychology at the University of Michigan, the bystander effect is not unique to humans. She points to an experiment in which a group of rats were given the opportunity to help a fellow rat. The researchers found that introducing an unfamiliar rat into the group caused a spike in stress hormones among the other rats, and made them less likely to act.

…there may or may not be fire, depending on how the other people in the room react. This is what an experiment performed by Bibb Latane and John Darley revealed. They divided participants up and had them sit in a room and fill out questionnaires; some of the participants were alone in the room, some were in groups of three, and some were in a group of three where two members of the group were actually members of staff pretending to be participants.

Catherine ​Genovese, and the history of the bystander effect

The textbook example of the bystander effect is the murder of Catherine “Kitty” ​Genovese , which occurred soon after midnight on13 March 1964. 28-year-old Catherine was attacked as she arrived at her apartment entrance in Queens, New York; and though there were around a dozen people in the nearby apartment block, none of them answered her repeated cries for help. Furthermore, it took almost an hour for someone to contact the police.

Psychologists claim that merely being aware of the bystander effect is a massive first step toward overcoming it. When you become aware of how your human brain, conditioned by societal norms as well as millions of years worth of evolution, may be affecting your behaviour on an unconscious level; you give yourself a chance of stepping out of that haze and taking control of your actions.

Matt Langdon, who has worked with renowned psychological researcher Philip Zimbardo to help people develop heroic tendencies, explains that even one person acting in a crisis can make a big difference, as that then opens the gateway for others to overcome the bystander effect.

What if I’m the one who needs help?

In this case, a recommended tactic is to single out one person from the crowd and make eye contact with them. Kendra Cherry writes on verywellmind.com: “By personalizing and individualizing your request, it becomes much harder for people to turn you down.”

If you’re interested in learning more about human behaviour, you should consider studying psychology. SACAP offers a range of psychology courses, including part-time and full-time as well as online options, that can help pave the way for a career in psychology; or provide you with useful skills and knowledge that can be employed in a number of other career paths. For more information, enquire now.

The Impact of Behavioural Theory