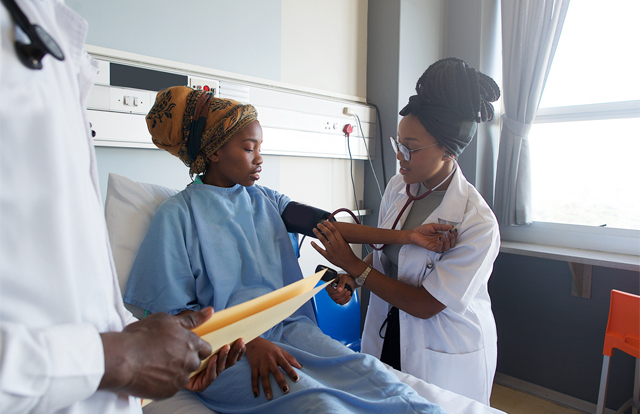 What does the NHI bill mean for healthcare in South Africa, and mental healthcare in particular? We answer some of the questions you may have.

The United States is not the only country where healthcare is a hot-button issue. The impending implementation of NHI (National Health Insurance) has many South Africans engaging in discussions similar to what you’d see in the 2020 Democratic Presidential Primary debates.

That’s because South Africa, like the United States, is a country where the greater portion of healthcare is still managed by private, for-profit insurance companies; in contrast to much of the developed world where it is a public service. That will change with the introduction of NHI; but what will that mean for the healthcare industry in South Africa, and the area of mental health in particular?

A brief overview of the NHI bill

National Health Insurance essentially makes healthcare a human right, guaranteed to every South African citizen regardless of socioeconomic situation. The government fulfills the role of an insurance company, with funds collected through taxes rather than private contributions.

The New York Department of Health lists 32 countries that currently have universal health coverage. The purpose of National Health Insurance is for South Africa to join this list.

When will NHI be implemented?

NHI is being rolled out in phases, and is expected to be fully implemented by 2026.

So is NHI the same as the NHS (National Health Service) in the UK?

Not exactly. Universal health coverage doesn’t necessarily mean the healthcare system is run by the government. The 32 countries on the list provided by the New York Department of Health may all have universal health coverage, but there are significant differences between the systems they have in place to deliver that.

In the UK, the government owns and operates hospitals through the NHS. South Africa’s system will be closer to the Canada model, whereby the hospitals are privately operated, and the government just pays the bill.

According to the NHI booklet released by the Health Systems Trust, “NHI will enter into contracts with private and public hospitals, as well as private health practitioners and public clinic, to provide services. A patient will be able to choose any NHI-contracted provider near to him or her for regular health needs.”

What will happen to the private insurance companies?

Cosmetic and other non-essential surgeries will not be covered by NHI, so people may still require private health insurance providers for that. South Africans are welcome to continue with whatever medical scheme memberships they currently have, but will not be able to opt out of making contributions to the NHI fund.

The topic of socialism versus capitalism often crops up when it comes to the issue of universal health coverage, with US Senator Rand Paul infamously comparing nationalised healthcare to ‘The Gulag’ (although that was before he visited a publicly funded Canadian hospital to undergo hernia surgery).

In truth, although universal health coverage could be viewed as a form of socialism, the majority of countries with a publicly funded healthcare system are market-driven economies that simply elected to make healthcare a public service, much like police or fire services. This includes the likes of Singapore, which ranks no.2 in the 2017 Economic Freedom of the World Index.

However, this is not to say that South Africans do not have legitimate concerns about NHI that need to be taken onboard.

Advantages and disadvantages of NHI in South Africa

Issues pertaining to the NHI include:

As Tamar Kahn writes in the Financial Mail: “Public confidence in the state’s capacity to run large institutions is at a record low.” It will take a lot of work to convince South Africans that the NHI fund can be effectively administered and kept free from corruption.

The state of public facilities

The NHI is an ambitious endeavor, and many fear that South Africa’s public health sector will not be up to the task. According to the article above, patients currently face a five-year wait for hip and knee replacements at the Chris Hani Baragwanath Hospital in Soweto.

The NHI bill attempts to assuage these fears by requiring NHI-contracted healthcare facilities to meet the standards of care set and monitored by an independent body called the Office of Health Standards Compliance (OHSC).

What about preventative care?

Although the Department of Health website states that “the benefits provided will cover preventive, promotive, curative and rehabilitative health services”, and that “emphasis will be placed on prevention of disease and promotion of health”; there remains concerns that NHI will reinforce the concept of health as something that only happens in the hospital.

This is a pivotal issue in South Africa, where more than half of all adults are classified as medically overweight or obese. Khwezi Mabasa and Lebogang Mulaisi present cause of optimism in their Daily Maverick article, which claims that the NHI provides the building blocks for a successful preventative care system through “prioritising and institutionalising a primary healthcare model” and “health service decentralisation through community healthcare workers, school health teams, and district health structures”.

It’s worth mentioning that the United States, which is currently the only developed nation without universal health coverage, spends more on healthcare than the likes of France and Canada, yet produces less efficient results. A Common Wealth Fund report in 2017 ranked US last out of 11 nations with regards to quality of healthcare; with UK, Australia and the Netherlands ranking highest.

The trend suggests that healthcare systems which are largely managed and/or funded by government actually produce the most cost-efficient results. South Africa currently spends more than R200 billion a year on healthcare, a large portion of which is in the private sector (which only treats about 16% of the population).

Implications for the mental health sector

The South African Society of Psychiatrists has expressed concern about the seemingly low priority given to mental health by the NHI White Paper, pointing out that “although there is provision for primary mental health care, it is without specialist support” and “mental health is not included in community or school outreach programmes”.

South Africa is in the midst of a mental health crisis, with the majority of people reliant on a public sector that is understaffed and underfunded (IOL reports that there are 2.75 psychologists for every 100 000 people).

NHI presents a major opportunity to address this issue, and while the Minister of Health did confirm the government’s commitment to better healthcare services, including mental health; the White Paper makes only a few references to mental health services, and does not list psychologists among the health care professionals included in Primary Health Care (PHC) coverage.

Fortunately, there is still time for mental health professionals to help shape future government policy regarding NHI and mental health. The Psychological Society of South Africa (PsySSA) has made a number of recommendations in their official response to the White Paper, including addressing the number of posts for psychologists in state hospitals and clinics; and emphasising the provision of mental health services at community level.

Either way, with full-scale implementation of NHI only scheduled to be complete by 2026, South Africa remains reliant on people who are willing to step up and fill the void left by government investment. If you want to join the effort to alleviate the mental health crisis, and play a role in shaping future discussions on mental health policy in South Africa, you can learn more about becoming a registered counsellor at SACAP. For more information, enquire now.

Matric Exams and Your Mental Health

The 5 steps to becoming a Life Coach in South Africa