The 10 best psychology audiobooks for those looking to learn 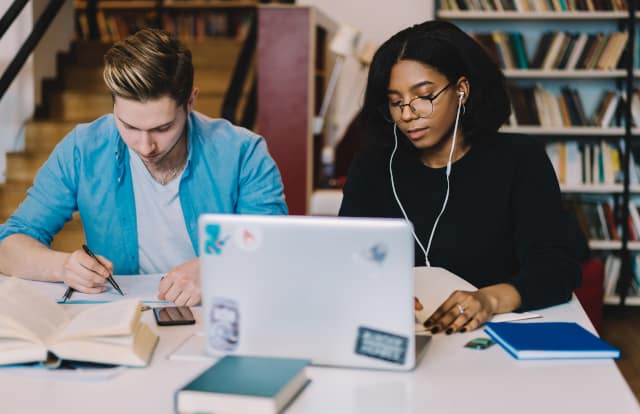 The psychology audiobooks section is a veritable gold mine for those seeking to expand their mind and improve their general knowledge.

Psychology is a broad field that overlaps with a diverse range of topics; whether it be neuroscience and other fields that deal with the biology of the brain, or topics like philosophy and history that delve into the nature of human existence.

Though picking and choosing from the wealth of material out there is challenging to say the least; we’ve compiled a list of 10 recommended audiobooks relating to the field of psychology; covering a broad range of topics including self-help, parenting, and the evolution of humanity.

1. Getting Things Done by David Allen

So much to do, so little time. Not according to David Allen, a veteran coach and management consultant. In this national bestseller, published in 2001, he explains that our productivity is directly related to our ability to relax. Throughout the book, he provides a series of practical methods for effectively managing workflow, and keeping one’s mind clear and uncluttered so as to avoid the confusion that arises from the rapid buildup of “to do” boxes on one’s checklist.

Psychiatrist Viktor Frankl was imprisoned in the Nazi concentration camp Auschwitz, for two years before he was released and write his story of survival. The lesson of the book, which deals with humanity’s quest for meaning, can best be summed up by Viktor’s own words: “Everything can be taken from a man but one thing: the last of the human freedoms – to choose one’s attitude in any given set of circumstances, to choose one’s own way.”

Psychology is one of many subjects touched on by historian and 21st century philosopher Yuval Noah Harari in this “brief history of humankind”. The book examines how humanity went from being just another link in the food chain to the dominant species on the planet. He proposes that our ability to invent and believe in stories, whether they come in the form of religions, nations or even economic systems, is what enabled us to rise above the rest of the animal kingdom. In exploring this topic, he provides great insight into the evolutionary roots of human behaviour.

4. The Power of Now by Eckhart Tolle

Though there is a strong spiritual element to this book; there are also many practical benefits; such that many psychologists have incorporated its tenets into their practice. Drawing heavily on eastern philosophy, Eckhart Tolle explains how practicing awareness of the present moment enabled him to overcome feeling depressed and anxious. Much of what he discusses pertains to the practice of mindfulness, which has been scientifically proven to have physical and psychological benefits.

Drawing on her experience as a clinical psychologist, Dr. Tsabary pinpoints the flaw in traditional parenting; the propensity of parents to allow their own emotional baggage and past life experiences to dictate their parenting style. She explains how raising children can be an opportunity for the parent to bring about a transformation within themselves, one that will be of significant benefit to the parent and child.

6. The Science of Intelligent Decision Making by Peter Hollins

For those who suffer from indecision, this book provides systematic decision-making methods that help you avoid the clutter and confusion that usually gets in the way of rational decisions. Drawing on his own study of psychology, Peter Hollins examines why people think the way they do, and how these subconscious impulses can be overcome.

7. The Lucifer Effect by Philip Zimbardo

What makes a good man turn bad? Psychologist and professor Philip Zimbardo examines the psychological roots of evil in a book based on the Stanford prison experiment he conducted in 1971, in which male college students were randomly assigned the role of prisoner or prison guard in a mock prison located in the basement of the psychology building at Stanford University. The book, which was published in 2007, also examines the 2003 prisoner abuse scandal at Abu Ghraib.

With all the self-help books that promote the power of positive thinking, Mark Manson brings a fresh take with his proposal that you should just stop caring about stuff that doesn’t matter. Well aware that this is a difficult thing to do at first, he provides practical advice on how to examine your values and gradually change your attitude so as to prioritise the things that are really important to you.

9. The Hero With a Thousand Faces by Joseph Campbell

Drawing heavily on Jungian theory, Joseph Campbell examines the mythologies of cultures throughout the world, and in particular, why similar stories and motifs appear in the religions and mythologies of cultures that had no previous contact with each other. His explanation for this ties into Jung’s belief in the collective unconscious; a repository for all the knowledge and experience of humankind.

The book has been cited by many Hollywood screenwriters and filmmakers as a major influence (including George Lucas, who credits Joseph Campbell’s writings as an inspiration for the Star Wars saga).

Find out about the biological roots of anxiety and worry in this book, which explains the structure of the brain, and how certain parts of it (namely the amygdala and cortex) can contribute to fear that may appear on the surface to have no cause. As well as providing insight into the neuroscience of the brain, the book provides evidence-based methods for overcoming anxiety.

Learn more about psychology at SACAP

If you’re inspired to delve deeper into the subject, SACAP offers a range of psychology courses, including part-time, full-time and online options. Psychology is such a broad field that the skills you develop will help you in a wide range of career paths, but should you be interested in pursuing a career in psychology, these courses can help pave the way. For more information, enquire now.

Study online with these 5 accredited courses by SACAP