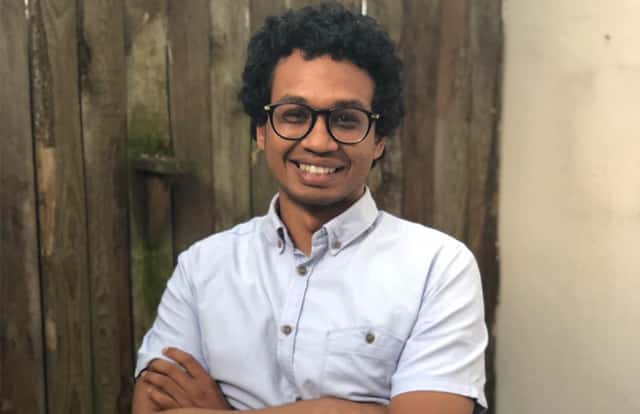 With your final year at school behind you (yay!), it’s time to focus on the first leg of your career journey. Exciting. And scary at the same time, right? If psychology is something you’re keen to explore, but unsure what career path it’ll open up for you, read on. Rohan Wicks, 29, a guidance counsellor at Norman Henshilwood High School in Cape Town, gives the lowdown on how his SACAP qualification has been the key that’s unlocked his career potential.

Rohan grew up in Singapore and Sri Lanka where he admits his childhood dream job was to become a cartoonist. While watching animes (Japanese-style animation) and cartoons remains one of his favourite pastimes, Rohan says his career aspirations have changed. “I really like the field I’m in now. Ultimately I want to be a mega psychologist – someone who takes part in research, influences policy, initiates projects, uplifts communities and individuals, and writes textbooks.”

Becoming a counsellor was not top of mind when Rohan left school, however, and he concedes he had one or two false starts in unrelated courses. “I just wasn’t passionate about them,” he explains. “My pastors at church picked up on this and after some career guidance we figured out that psychology and counselling were things that really resonated with me.” Rohan’s search for the ideal college psychology course began in Sri Lanka and ended at the SACAP campus in Cape Town. “I was enticed by the structure of learning, the interpersonal classroom setting, the dedicated library, and – especially – SACAP’s focus on work integrated learning.”

Confident in his college choice Rohan focused his energy on doing really well at SACAP. “I joined the SRC, initiated Peer Assisted Learning (PAL), volunteered at the library and front desk, and helped with student admin. I really made the best of it and developed a great relationship with the staff and students.” Driven by his desire to succeed as well as his passion to help others Rohan completed his Higher Certificate in Counselling and Communication Skills, followed by an Advanced Certificate in Counselling and Communication Skills and finished with SACAP’s Bachelor of Applied Social Science (BappSocSci) degree. “Each course took a year to complete,” he explains. “Together with the work integrated learning components it took me four years overall.”

At SACAP Rohan was introduced to different types of psychology. “I’ve always known that youth was my niche so I took advantage of the college’s awesome fieldwork modules – I volunteered at Muizenberg High School and Hope House Counselling Centre in Bergvliet.” Fortuitously a counselling post at Norman Henshilwood High School opened up while Rohan was about to complete his final year at SACAP. “I went for an interview and I got the job!”

Currently in his second year as guidance counsellor at Norman Henshilwood High School, Rohan says he is responsible for providing all-around general support for the school. “Every term I’m in charge of heading campaigns for key community issues: substance use and abuse, anti-bullying, sexuality, stress and anxiety, and anything else that’s trending.”

Rohan says he loves his job. “I have the opportunity to carry out work in the area I like most, which is namely to assist the youth achieve their goals and aspirations. The school supports me in my personal and professional growth, too – they pay for any workshops I want to attend, which is really great!”

According to Rohan he might not be where he is today without his SACAP qualification, “I believe that studying at SACAP has given me a step above others. Everyone knows that SACAP graduates are grounded in quality theory and shaped by quality experience.” For school leavers who want to pursue a similar career Rohan emphasizes the value of seeking advice. “If you haven’t figured it out yet, open up to others for guidance. Most importantly value yourself. Without a fully committed SELF everything is just going to be harder.”

So where does Rohan see himself in five years time? Apparently he’s got big things planned. “I’d like to have completed my Master’s thesis and possibly become the Head of Counselling at Norman Henshilwood School. Ultimately I’d like to start a community project or assist in one.”

What about you? Can you picture yourself in five years? Where will you be? What will you be doing? If, like Rohan, you’re passionate about helping people then studying a counselling course might just be your ticket to achieving big dreams, too. In a country with colossal psychosocial and emotional needs like South Africa, well-trained counsellors are in urgent demand.

Want to make a real difference? SACAP will show you how, enquire here now.

The surprising psychological power of awe