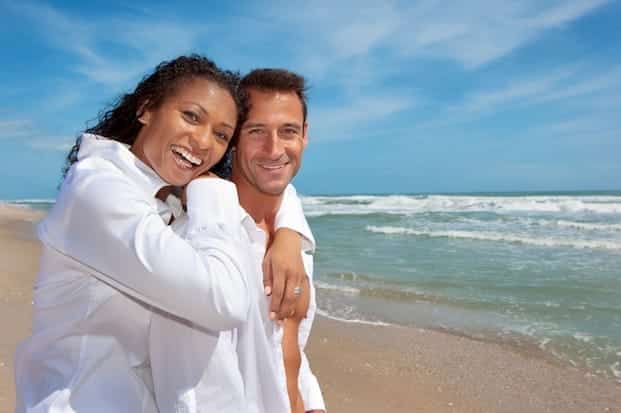 While Gwyneth Paltrow and Chris Martin may have chosen to ‘consciously uncouple’ (a New Age-y term, it appears, for a kind of holistic form of splitting up), there are couples who, despite regarding themselvesas firmly committed, choose to have separate homes. In fact, the idea of living apart from one’s partner is being seen as a growing, and increasingly acceptable, lifestyle choice and even has its own name: LAT (‘living apart together’).

Traditionally, choosing separate homes has been seen as an eccentricity of the rich and famous: Think Frida Kahlo and Diego Rivera, Simone de Beauvoir and Jean-Paul Sartre, Helena Bonham Carter and Tim Burton. However, studies show that, while still in the minority, the number of long-term couples choosing to forgo cohabitation entirely is steadily becoming more mainstream across a number of Western countries.

Experts believe that declining cultural pressure on people to marry, together with women’s increased economic and social independence, are two of the reasons LAT is becoming a lifestyle we will be seeing more of in the future. According to counselling psychologist Venise Germanos, who lecturers in Interpersonal Communication Skills, one of the modules that forms part of SACAP’s Bachelor of Applied Social Science Degree, couples who live separately are part of a growing trend. ‘Some people need their own space; they feel stifled when sharing a home, preferring to build a relationship via distance, be it short or long,’ she explains.

And recent research shows that many feel the benefits of living apart significantly outweigh any of the obvious disadvantages of doing so… so much so, in fact, that an estimated one in ten British couples has chosen this lifestyle set-up. For one thing, these couples claim, living apart relieves the monotony that so often comes with long-term cohabitation. Not dissimilar to the classic ‘absence-makes-the-heart-grow-fonder’ argument that underpins the long-distance relationship model, LAT is one way to keep the novelty alive in a relationship. Think about: in the new bloom of love, couples engage in all sorts of exciting activities together (what researchers call ‘self-expanding activities’): they dress up for dates, they try out each other’s hobbies, and they have engaging discussions together. As time goes on, though, they often stop doing fun new things together and routine – and often boredom – sets in.

By choosing not to live together, then, LAT couples may have found a way to help prevent monotony entering their relationships, says Germanos, who explains that, because these couples have less time to spend together, they are compelled to actively plan or schedule their time, with the result that more effort is put into dates, which in turn leads to more exciting, self-expanding activities that reduce boredom and increase satisfaction.

Germanos stresses, however, that, for a relationship to survive the ‘opt-in’, ‘opt-out’ scenario (whether it be by choice or due to circumstance), rock-solid foundations are the key. ‘Being away from family can be isolating, making one feel disconnected and out of touch with what’s happening back home,’ she says.

Sadly, an affair can be the inevitable result, warns Germanos. ‘Certain jealousies may arise – as age settles in or if one party believes in a more open marriage than the other,’ she explains, adding that affairs often also arise out of a sense of loneliness. ‘People may turn to outside relationships and this will directly or inadvertently affect the core relationship.’

While there is, as yet, still no hard and fast evidence to suggest that living apart will definitively signal a relationship’s doom or, conversely, make it bloom, more and more couples are agreed that doing so offers a viable lifestyle choice. And, at a time when nearly half of all marriages end in divorce, and long-term co-habitees, often with children, are at least as likely to separate, could LAT be a viable way to save your relationship?

Why Play Therapy should be taken seriously