Why Play Therapy should be taken seriously 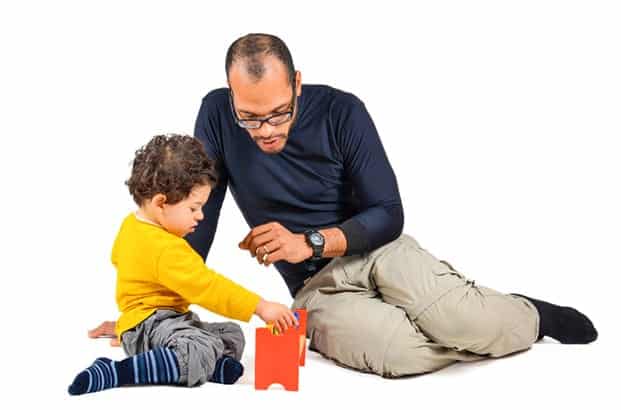 Odd as it is, children are hard for grownups to understand. Many adults seem to regard children (including their own offspring) as an alien species. What’s more, if our own childhoods were painful, being surrounded by ever present reminders (in the form of our kids) can be tough. Children are the avatars of our early selves, and depending on how we feel about our past, we may have greater or less difficulty relating to our children. It is frequently these very basic, and surprisingly normal, disconnects that bring parents to seek psychotherapy for their children, among them, so-called ‘play therapy’.

Before any discussion of the mechanics and benefits of play therapy can be entertained it is essential to have an understanding of why we play in the first place. Indeed, many species play, but research shows that none play for as much of their lives as humans do – or as imaginatively, for that matter. Studies also reveal that human children are unique in using play to explore hypothetical situations rather than to rehearse actual challenges they’ll face later. Kittens may pretend to be cats fighting, but they will not pretend to be children; children, by contrast, will readily pretend to be cats or kittens… and then to be Hannah Montana, followed by Spider Man saving the day. In doing so, they develop some of humanity’s most consequential faculties: they learn the art, pleasure and power of hypothesis – of imagining new possibilities. And serious students of play believe that this is what has helped the species evolve to the extent it has.

But apart of its evolutionary origins and the essential role it contributes to the cognitive, physical, social, and emotional wellbeing of children, play is often also a child’s best form of communication and it is this aspect that forms the heart of play therapy. ‘Unlike adults, children do not have a fully developed emotive language, so play is the child’s way of making himself understood,’ explains Educational Psychologist Simona Maraschin. For this reason, says Maraschin, an educator at SACAP who conducts the Counselling Modalities module, part of the college’s Bachelor of Psychology Degree, play also offers an ideal opportunity for parents to engage fully with their children.

‘As adults we are able to sit in a chair with a therapist and have a conversation, whereas children will struggle to do this. However, through play communication, a deeper understanding of the child can be established,’ Maraschin explains, adding that play is also a window into the child’s inner world and therefore provides an opportunity to understand a child’s internal conflicts, especially those that may be difficult to verbalise.

According to Maraschin, ‘Play therapy is based on a psychoanalytic framework that aims to explore one’s internal world and processes to help alleviate symptoms.’ And so effective is the discipline considered in the therapeutic field that recent research by Play Therapy UK suggests that 71% of the children referred to play therapy will show a positive change.

So how does it work? For starters, says Maraschin, a safe, confidential and caring environment is created which allows the child to play with as few limits as possible, but as many as necessary (for physical and emotional safety). ‘It is important to note that play and creativity operate on impulses from outside our awareness, in other words, the unconscious,’ she adds.

The therapist may reflect back to the child observations of what has happened during the session if this is felt to be appropriate. The child is given strategies to cope with difficulties they face in life and which they themselves cannot change.

The child will meet with the therapist for between four and six consecutive sessions, usually weekly, and a variety of techniques – including creative visualisation, story telling, art and dance and movement – are used according to the child’s wishes and the therapist’s methods. ‘These assessments will help the therapist ascertain more or less how long the therapy should be and to develop short- and long-term goals for the therapy, says Maraschin, adding that these goals can be for the child or the parents, and sometimes both.

In fact, key to the therapeutic play process, emphasises Maraschin, is the support of parents: ‘It is important to remember that a child’s therapy is often most effective when parents are also willing to help support their child through the process,’ she insists.