The impact of depression at work (and how employers can help) 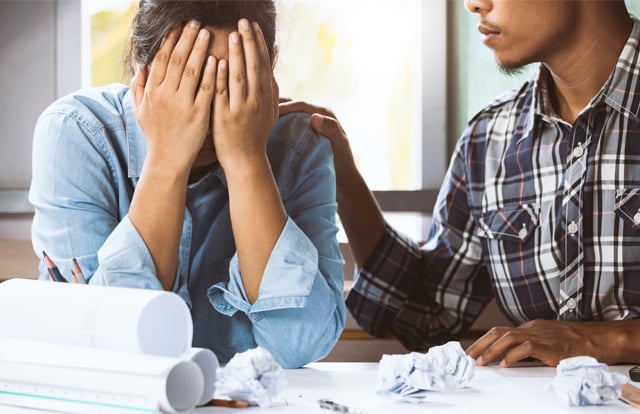 Research involving over 1 000 employed and previously employed workers or managers in South Africa shows that depression has a significant impact on the country’s workforce.

Although respondents to a survey conducted by SACAP fieldwork placement centre and the South African Depression and Anxiety Group (SADAG), showed a poor awareness of depression’s cognitive symptoms, 74% of respondents reported experiencing one or more of the following depression symptoms the last time they were depressed: trouble concentrating, forgetfulness, indecisiveness.

Interestingly, less than 20% of the employees who took part in the study associated forgetfulness and indecisiveness with depression, in contrast to sadness or low mood, which the majority identified as a symptom of depression.

When it comes to recognising depression symptoms in the workplace, then, it seems South African workers would mostly look for withdrawal from colleagues, crying and extended sick leave as signs of its presence.

Other key findings from the South African 2015 IDeA (Impact of Depression at Work Audit) Report, which was conducted by SADAG in collaboration with health and economic research organisation Hexor and pharmaceutical company Lundbeck, include:

What can employers do to help?

These findings highlight the issues of absenteeism in the workplace while ill, as well as continuing to work whilst ill, which then impacts severely on productivity. Says Operations Director of the SADAG, Cassey Chambers: “This is one of the reasons why it’s vital to examine how depression is managed in the workplace and what procedures are in place to ensure that affected employees are encouraged to and supported in seeking treatment.”

Add to the above earlier research conducted by The Mental Health and Poverty Project (MHaPP) which found that psychiatric conditions are ranked third, after HIV, AIDS and other infectious diseases, in their contribution to the burden of disease in this country, and the situation appears even direr.

SADAG suggests the following five ways that companies can help employees with depression:

As the first steps to becoming a counsellor, qualified to treat conditions such as depression, SACAP offers both a Bachelor of Psychology degree as well as a Bachelor of Applied Social Science degree. For more information, enquire now.

What kind of career can you have with a masters in psychology?

How the circadian rhythm affects your sleep cycle