5 Signs that someone might have depression (and not know it) 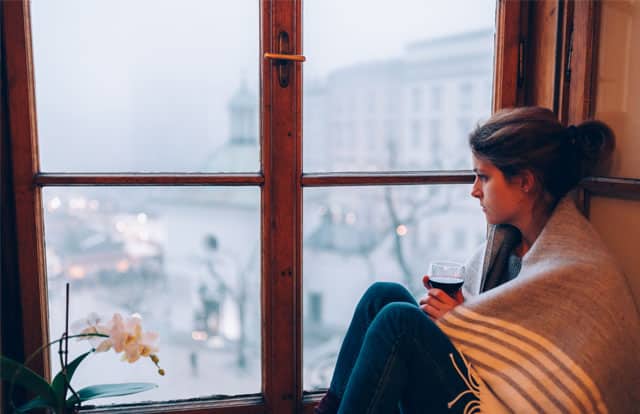 “All it takes is a beautiful fake smile to hide an injured soul and they will never notice how broken you really are.” – Robin Williams

If anyone knew how to how to disguise their inner pain it was comedic genius Robin Williams, who, in August 2014, took his own life after a long battle with depression. Williams chose to mask his inner torment with a “happy” public persona – and experts believe millions of people are doing the same, victims of what has become known as “smiling” or “high-functioning” depression. To the outside world, these people give no hint of their problem, often holding down a full-time job and running a family home. But underneath they are suffering secret panic attacks, insomnia, crushing low self-esteem and even suicidal thoughts.

While on the surface it might seem like a high-functioning depressive is powering through and triumphing over their mental illness by brute character alone, the details of that fight are far grimmer than most people realise. According to medical experts, these depressives with seemingly “perfect” lives are at a greater risk of committing suicide than those whose battles are more public. Most are masters at concealing their inner torture either because they do not want to burden others with their problems or because they are afraid of the stigma attached to mental illness (according to UK mental health support agency, Mind, one in five people who open up at work about a mental health problem subsequently lose their job).

Being sad vs being sick

More than just the common ‘blues’, depression – also known as clinical depression, major depressive disorder, or unipolar depression – is a medical condition that goes beyond life’s ordinary ups and downs. In fact, it is a complicated illness that affects each person differently and has a wide variety of symptoms and causes. The key signs of depression, however, are the pervasive feelings of sadness or despair one experiences most days and for a period of at least two weeks.

Recognising the problem is often evident in how much one’s negative feelings impact one’s daily life, including work, relationships, interests and overall sense of happiness and enjoyment. Thoughts of suicide and self-harm are also signs of depression that indicate that the condition is getting worse.

For this reason it is incredibly important that we know the hidden signs of depression to look out for in a loved one who may be suffering in silence. Here are five of the most common:

A depressed individual will try his or her best not to get involved in social activities. Periods of quiet isolation are among the main signs that a person is suffering from depression. When someone becomes depressed, it’s common for them to lose all interest in everything, particularly the things they once loved doing. Where he or she may have once been a social butterfly, they are now withdrawn, sleeping late and calling into work sick. They may make plans with you but, when it’s time for those plans to happen, they do not want to follow through. A friend or loved one who begins to consistently flake out on you could be secretly depressed.

This may seem like a small sign or factor, but it has a grave effect. Those who live with depression in an unrevealing way can sometimes only let the little signs show. Sleeping too much or too little are textbook examples. The same goes for eating too little or too much. Sleep and nutrition are two critical elements to health. They are also two elements that the human mind can attempt to control. Depression creates a suffocating lack of control, and being able to control at least something, can be all a person has. Sleep can be nearly impossible, or it can be the only escape. The same goes for eating.

3. They complain of unexplained aches and pains

A very common misconception that surrounds depression these days is that this illness only affects the mind, when the truth is that it can easily take its toll on the body of the sufferer as well. Statistically speaking, people who suffer from depression are 300% more likely to develop chronic pain, as opposed to those who do not. Depression is an under-diagnosed condition, and unfortunately most doctors focus primarily on treating the pain or the ache itself, as opposed to trying to pinpoint the culprit behind it. Chronic inflammation is extremely common amongst those with hidden depression – this is basically their body’s immune system response to their state of mind.

Some depression sufferers funnel their pain into anger and irritability. They’re impatient or overly critical of themselves or others. The co-worker everyone secretly calls the “B” word may actually be suffering from depression. A person with irritable depression may lash out at loved ones or break down in tears over seemingly nothing. Such emotional outbursts are so common among depressed people – in one study of nearly 1 500 depressed people, 40% reported feeling angry more than half the time – that some experts argue that irritable depression should be a subcategory of major depressive disorder. Constant irritability is also a major symptom of depression seen in teenagers and children, one that could be easily written off as normal growing pains or adolescent behaviour.

5. They’re neither happy nor unhappy

They’re not jumping for joy, but they’re not sobbing uncontrollably either. They’re just… okay. Often, those who find themselves in this weird grey zone are in fact turning off all their emotions in an attempt to block out unhappiness. What’s more, researchers at the University of Rochester Medical Center in New York found that depression was hard to spot when people normally had a cheerful disposition. The research team had thought that introverts would be the ones who would have difficulty in coming out about their depression but it seems that the opposite may be true. We should not take it for granted that a cheerful and sociable person may be immune from depression.

If you think a friend or loved one may be suffering in secret from depression, don’t hesitate to offer help. The good news is that depression is one of the most treatable mental health problems. Whether through counselling or psychology, it is possible for them to successfully navigate out of their state of mind and be freed from sadness. Tragically, for Robin Williams and many others who conceal their depression, that brilliant smile hid enormous pain underneath and, while he was able to make those around him laugh, he could not find the same solace for himself.

The good news is that the condition is highly treatable. There are a number of therapeutic approaches that have demonstrated effectiveness in treating depression, but, regardless of the approach, a trained counsellor or psychologist can help a person view a depressive state with curiosity and without judgment, in an effort to understand and heal the source of the depression. In fact, many times simply identifying the source of depression can enhance treatment outcomes and provide some relief from depression. Therapy also helps people to recognise and access their strength, autonomy, resilience, and capacity for change.

Learn more about the invisible yet devastating illness known as depression, and the methods for treating it, by studying a counselling course at SACAP, where you can join the fight against depression by learning how to become a registered counsellor. For more information, enquire now.

The 7 habits of highly effective coaches