Being an eating disorder sufferer: Conquering a Demon 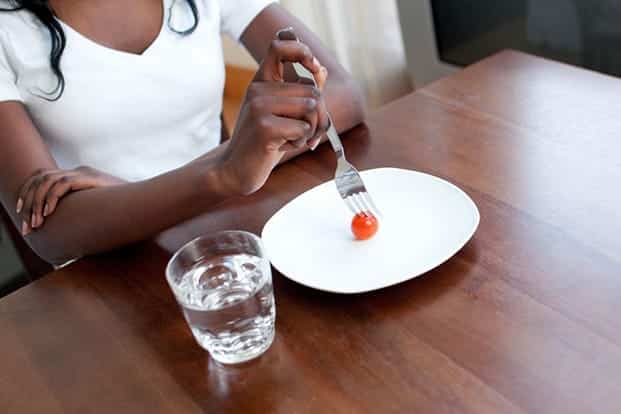 The word “demon” – with all its associations of being possessed by a force outside of oneself – was an appropriate one for describing the topic of SACAP’s most recent Cape Town campus Monthly Psychology Talk: Eating Disorders.

Among the three specialists from Montrose Manor eating-disorders clinic in Bishopscourt, who came to talk to those gathered at SACAP’s Cape Town Campus about the treatment of eating disorders, was counselling psychologist Joanne Burns, who described the sufferer as a person with two heads – one healthy and one not. “In effect, the unhealthy side of the personality has taken the healthy side hostage,” she explained, “It is our job is to try to understand who is behind the eating disorder – who is the person I am interacting with?”

Burns says that externalising the eating disorder in this way also helps in treatment: “By seeing the disorder as an ‘other’ (‘It’s not me, it’s my ED’), sufferers find it easier to develop self-compassion. It also helps reduce shame, and assists them in engaging with the treatment process.

In order to give the audience an idea of ‘the person’ she and her colleagues treat, Burns described the typical traits exhibited by patients at Montrose Manor, the majority of whom are female, in their late 20s and voluntarily admitted. The perverse irony, she says, is that “these patients are begging for our help but will fight us every step of the way.”

Some of the typical day-to-day behavioural traits of eating-disorder sufferers Burns identified are:

“The saying, ‘Perfection is the highest form of self-abuse’ rings true when it comes to eating disorders,” says Burns, explaining that eating-disorder sufferers struggle to forgive themselves and live with anxiety, shame and the desire to self-abuse. “The tragedy is that perfection is unattainable,” she says, “So, in its never-satisfied pursuit, they are unable to develop a healthy sense of self.”

“Destructive behaviour – be it in relation to food and eating, over-exercising or self-harm – becomes a form of self expression,” says Burns, who explains that, while in no way reinforcing these behaviours, therapists work on helping the patient learn to tolerate her negative feelings – to identify and sit with those unpleasant emotions – rather than act them out.

“Body shape and weight become a gauge for self-esteem,” explains Burns, stressing the importance in treatment of shifting the focus away from food and weight and concentrating instead on how patients’ feel.

“An eating disorder is an attempt to make life feel more manageable,” says Burns. “In a sense, the sufferer is trying to make everything around her – from her food intake to her relationships (and ultimately even herself) as small as possible in order to manage these things more easily. Our job is to teach her that life has to be accepted on life’s terms.”

Burns says that, hand-in-hand with control, comes competition: “We see it even between patients suffering from different types of eating disorder – there’s almost a hierarchy of superiority, with binge eaters and bulimics seen as having less control. The reality, however, is that there is a high level of control in all these patients.

“What’s more,” says Burns, “because the family sees the anorexic as ‘fragile’, they often don’t challenge controlling and manipulative behaviour.”

“Food, body and weight are the primary focus of sufferers. In fact, so obsessive are they with one, or all three, of these focus areas, that they will betray their own values in their attainment, which leads to an incredible sense of shame,” says Burns, adding that obsessive behaviour also makes it very difficult to have a relationship with someone suffering from an eating disorder.

“This is again where we talk about the eating-disorder sufferer as seen to be possessed by a demon,” says Burns, explaining that, no matter how the disorder presents, it is important for patients to understand the impulse to self-sabotage behind its symptoms. “They need to heal the trauma of the past or the unprocessed emotions that are at the root of their pain,” she says, “Otherwise, they will continue to maintain that to be the victim of a bad life is more attractive than leading one’s own life.”

The main defensive behaviours Burns sees amongst patients are denial and dishonesty. “Denial can be in relation to the trauma suffered,” she explains, adding that there is a “very fragile personality” at stake. “Because they cannot tolerate ambivalence, ‘splitting’ often occurs, where the patient sees others as either all good or all bad. We often see a projection of this behaviour towards the clinic’s nursing staff,” she adds.

According to Burns, paranoia manifests itself in various ways depending on the nature of the eating disorder: “Anorexics have an intense fear of eating and weight gain; bulimics may be anxious about how to maintain body weight without purging; and binge eaters may be afraid of there not being enough. Most times, of course, these fears are really not about food at all.”

As a result of their paranoia, says Burns, there is often extreme anxiety around everything from food and supermarkets to getting dressed, social situations, and relationships. “In the latter, the fear is of being misunderstood and, hence, abandoned,” she adds.

Behind an eating disorder, says Burns, can be any number of painful past experiences: post-traumatic stress disorder (PTSD) or sexual trauma, personality disorder, poor boundaries, poor emotional regulation, co-dependency, problems separating and individuation, or difficulty in understanding and meeting needs.

Explains Burns, “The three main coping skills these patients need to learn are how to ask for help, how to manage one’s own feelings and how to meet one’s own needs.”

Look out for the next SACAP Monthly Psychology Talk – which are open to the general public and free of charge.