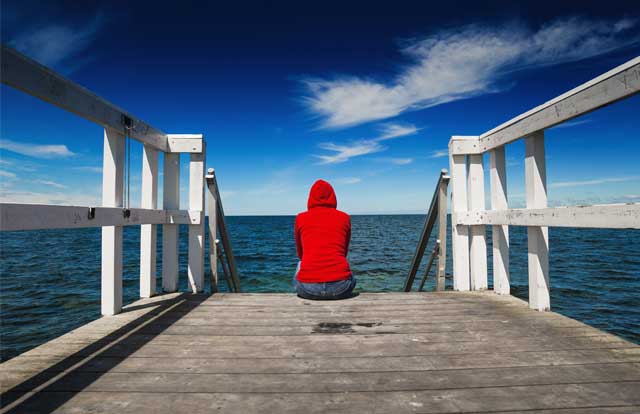 South Africa suffers from a higher suicide rate than the UK or even America – a country with five times our population. We take a look at some of the factors contributing to this epidemic.

A number of factors contribute to the country’s high suicide rate, says Cassey Chambers of the South African Depression and Anxiety Group (SADAG), which recently released these shocking statistics: “We’ve got so many external stresses and triggers. We are exposed to so much trauma, crime and violence. We also see a breakdown of the family unit, so there’s more separation, divorce and abuse. The fact that one in every five South Africans suffers from a mental illness is certainly a major contributor to this problem.”

And further compounding the problem is that, tragically, those left behind after the suicide of a loved one often experience a very complicated bereavement as, in addition to grief, there are feelings of shock, anger, guilt and even social isolation (the latter is particularly applicable in this country where the taboos surrounding death by suicide are deeply entrenched in age-old cultural and religious belief systems). In fact, according to the American Psychiatric Association’s Diagnostic and Statistical Manual of Mental Disorders, the level of stress resulting from the suicide of a loved one is rated as “catastrophic” – equivalent to that of a concentration camp experience.

For those left behind

“Pain is universal but it is expressed in different ways,” says Marc Lipshitz, a clinical psychologist and counsellor who lectures in Practical Counselling Skills as well as Counselling in Loss at the South African College of Applied Psychology (SACAP). In addition to a complex mix of emotions, bereavement following suicide often contains a prolonged search for understanding, explains Lipshitz: “Sigmund Freud referred to the ‘phases’ of grief, Elisabeth Kübler-Ross talks about the ‘stages’ of mourning and William Worden, professor at Rosemead School of Psychology in California, speaks of the ‘tasks’ involved in actively working through the grieving process.”

Lipshitz explains that each of these so-called “tasks” becomes a decidedly more intense and draining process for those dealing with an untimely and “unnatural” loss, such as that of suicide. “Worden’s first task, for instance, involves accepting the reality of the loss – a process whose length is hugely affected by the circumstances of the loved-one’s death,” he explains. “In task two, the bereaved starts to work through the pain of loss – a practice that involves dredging up difficult feelings of resentment, anger and disappointment. These are extremely complicated emotions which we often don’t want to deal with, particularly as the deceased tends to be idolised in the beginning.”

Another painful aftermath of a death by suicide is that immediate family members sometimes turn on each other and blame one another. So rather than having one loss (the suicide), their whole family structure changes, and often is never reconciled. The stigma of suicide creates additional barriers in finding the help the bereaved need for support and understanding. People usually don’t know what to say so they completely avoid the grieving one. Because of this reaction survivors often never talk about their pain or seek the help they so desperately need. “It is important that people in mourning be allowed to externalise their feelings in order to process them,” claims Lipshitz. “When they are denied this opportunity unresolved grief can later surface in health issues.”

Dealing with the pain

For those who are unable to talk through their emotions, Lipshitz recommends keeping a ‘feelings journal’ or even using art as a form of expression. “Both can be hugely cathartic in the absence of being able to confide in someone you trust,” he says.

As for those contemplating suicide itself, Chambers says the issue could be addressed with more recourses to help. The South African Depression and Anxiety Group, which is one of SACAP’s fieldwork placement organisations, currently runs the country’s only suicide crisis line. “We get about 400 calls a day from people looking for help,” says Chambers, noting that this number has increased markedly over the last two years.

If you are interested in learning more about this subject, particularly with a focus on how the factors contributing to our suicide epidemic can be addressed, you may wish to pursue a career in counselling. SACAP offers a wide range of counselling courses, including the BPsych degree and the Diploma in Counselling and Communication. SACAP’s courses are accredited by the Health Professions Council of South Africa (HPCSA), and can be used as a springboard to obtaining a license as a registered counsellor. For more information, enquire today.

A counselling course could fast-track your career

What is OCD? Understanding the Doubting Disease