The symptoms of depression in teens 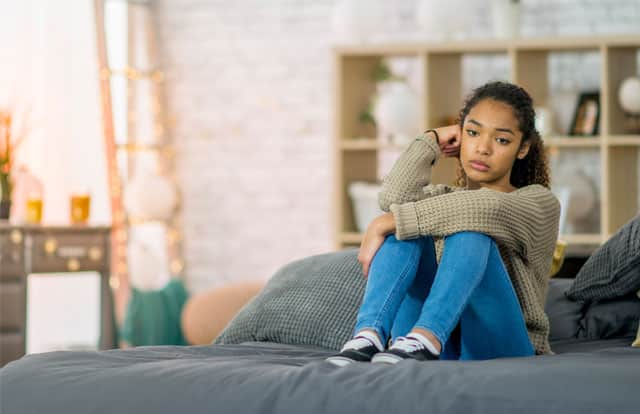 What signs of depression should parents be on the look out for when it comes to discerning whether their adolescents are depressed?

Dismaying statistics released recently by SACAP Fieldwork Placement Centre, the South African Depression and Anxiety Group (SADAG), reveal that as many as one in five South African youths have attempted suicide, with the 10- to 19-year age group being at greatest risk of taking their own lives.

With double the incidence of depression in teens compared to adults, research further shows that anxiety disorders and depression are particularly high in South Africa. On the eve of Youth Day on June 16th, we ask what it’s like to be a teenager today and what signs of depression parents should be on the look out for when it comes to discerning whether their adolescents are depressed.

Few would argue that it’s tougher than ever to be a teenager in this fast-paced, highly competitive world. And, indeed, in South Africa, where the incidence of crime, poverty and illness compound an already stressful existence, teenagers have it extra tough. According to SADAG, 38.3% of our country’s young people feel so hopeless that they need medical attention – this despite the fact that fewer than 1% of mental-hospital beds are allocated to children and adolescents.

Yet, even without the pressures peculiar to young people living in South Africa, you can pretty much take it as a given that your teen is stressed. Anxiety over school performance, social status with peers, sexual orientation, or family life, not to mention a surge of hormones and its concurrent rollercoaster of emotions, all contribute to heightened stress levels. But stress and depression are two different things.

Sure, teenagers are stereotyped as moody, with intensely fluctuating emotional highs and lows. Teenage behaviour can be erratic and unpredictable, but depression is not simply moodiness. Rather, it is a mood disorder characterised by a variety of symptoms that could well be mistaken for typical teenage behaviour. Signs of depression include:

Are girls more at risk?

Add, then, to the above the fact that the average age for the onset of depression is 14 years and that depression frequently runs in families. According to Doctor Ron Steingard, Associate Medical Director of the Child Mind Institute in New York, anxiety and depression occur in both genders, but by the teenage years, girls are much more at risk than boys. “In fact,” says Steingard, “by mid-adolescence girls are more than twice as likely to be diagnosed with a mood disorder as boys.”

Why such a big disparity between the genders? “We know from looking at brain scans that there are differences in the way girls and boys process emotional stimuli,” explains Steingard. “Girls mature, in terms of their emotional recognition, faster than boys—and that sensitivity could make them more vulnerable to depression and anxiety.”

It’s plausible that that these gender differences around the time of puberty can be traced to evolutionary advantages, claims Steingard: “Girls may be wired to tune in earlier to emotional stimuli because it was advantageous for nurturing babies; for young men, given their roles as hunters and tribe protectors, emotional responsiveness might have been an important attribute not to have.”

Steingard points out that your child’s immediate suffering isn’t the only reason to seek professional help. Life-long consequences of adolescent depression can impact both academic performance and social functioning (the lethargy, inability to concentrate and low self-esteem that often accompany depression make it easy to see how this can happen). Fortunately, however, early involvement of healthcare professionals can shorten the period of depression, with the most common treatment being a combination of medication and psychotherapy. “And in many cases,” says Steingard, “we see real improvement in teenagers with depression and anxiety.”

If you’d like to play a role in helping families with teens showing signs of depression, why not consider taking a counselling course? SACAP has several options available, including a Bachelor of Psychology professional degree, approved by the Health Professions Council of South Africa (HPCSA) for the education and training of Registered Counsellors, as well as a Diploma in Counselling and Communication that includes a fieldwork component. For more information, enquire now.

How to deal with holiday stress this festive season

Dopamine and your brain: How does it work?