6 different types of depression and how they are treated 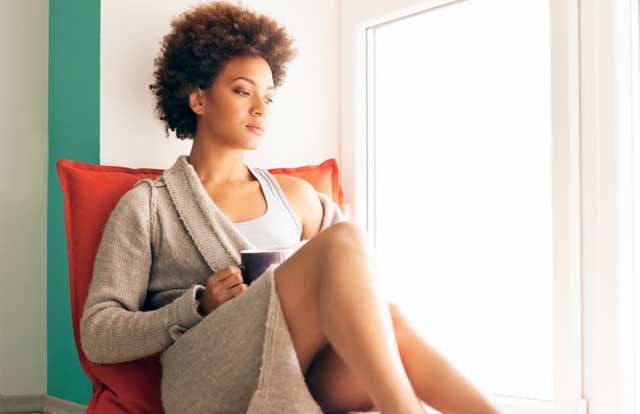 Identifying the different types of depression is an important step in determining effective treatment. Here are six common forms of depression

Did you know that diagnosing depression is still being done pretty much the same way it was 150 years ago? In most cases, the sufferer goes to the doctor, describes his or her symptoms, and gets a prescription – usually for antidepressant or anti-anxiety medication.

In reality, however, depression is a mental health condition that’s as multifaceted as its name is vague. In fact, the word “depression” is a loose term for multiple diagnoses, each with a differing range of symptoms and treatments. And due to a lack of education or awareness, many people don’t know there are different types of depression, or that one person’s symptoms might not mirror another’s.

Identifying the different types of depression

For this reason, a one-size-fits-all approach to treating depression simply doesn’t work. Identifying the type of depression you might be suffering from is as important as determining the most effective treatment for it. Here, we break down the six most common forms of depression, and explain their more typical treatment options:

Also referred to as major depression, clinical depression or unipolar (as opposed to bipolar) depression, major depressive disorder is the most commonly diagnosed form of depression and is a condition whose primary symptom is an overwhelming depressed mood for more than two weeks. The depressed mood affects all facets of the person’s life, including work, home life, relationships and friendships. A person with this kind of depression often finds it difficult to do much of anything or get motivated, so even seeking treatment for this condition can be challenging.

Treatment: Depending on the severity of the symptoms, usually a combination of counselling and antidepressant medication.

Historically known as dysthymia, this form of depression occurs when depressive symptoms become chronic. Though the symptoms can be very similar to major depressive disorder, those with the persistent variation may have less severe symptoms, but for a more extended period – sometimes defined as two years or longer. Doctors have not identified an exact cause of the disorder, but it does seem to run in families.

Treatment: Some medications work for persistent depressive patients, but they may take longer to work or be less effective than in major depressive patients because of how entrenched the symptoms are. Counselling is also recommended.

Psychotic depression is characterised not only by depressive symptoms, but also by hallucinations (seeing or hearing things that aren’t really there) or delusions (irrational thoughts and fears). Often psychotically depressed people become paranoid or come to believe that their thoughts are not their own or that others can “hear” their thoughts. While people with other mental illness, such as schizophrenia also experience these symptoms, those with psychotic depression are usually aware that these thoughts aren’t true. They may be ashamed or embarrassed and try to hide them, sometimes making this variation difficult to diagnose.

Treatment: Counselling together with combinations of antidepressants and antipsychotic medications have proven to be most effective in easing symptoms. Electroconvulsive therapy has also shown to be successful but is generally considered a second line of treatment.

Thought to be related to the variation in light exposure at different times of the year, seasonal affective disorder (SAD) is characterised by mood disturbances (either periods of depression or mania) that begin and end in a particular season. Depression that starts in winter and subsides when the season ends is the most common and is usually diagnosed after the person has had the same symptoms during winter for a couple of years. People with SAD are more likely to experience lack of energy, sleep too much, overeat, gain weight and crave carbohydrates.

Treatment: A combination of counselling and antidepressants. Light therapy, in which a specialised light box or visor is used for at least 30 minutes each day to replicate natural light, has also proven effective.

Depression is also a symptom of other disorders, such as bipolar disorder (sometimes called manic depressive disorder), where periods of extreme lows are followed by periods of extreme highs. Symptoms may cycle between depression and mania (where sufferers experience high energy, excitement, racing thoughts and, often, poor judgment) a few times a year or much more rapidly. This disorder has one of the highest risks for suicide.

Treatment: Usually, a combination of mood-stabilising drugs and psychological therapy.

Also called postpartum depression, this type of mood disorder occurs in some new mothers in the weeks or months following childbirth. While postnatal depression has long been thought to be triggered by hormonal changes that occur during pregnancy, some believe that it may have more to do with an inability to adapt to new circumstances or a lack of social support. Pregnant women who have little faith in their future abilities to provide effective care for their babies and who generally feel ill-equipped to become mothers have a very high risk of developing depression after the birth of their child.

The services of counsellors and psychologists are essential to combatting depression and other mental health epidemics. If you believe you have a role to play in this great struggle, SACAP offers courses that can help prepare you for a career in counselling, such as the Diploma in Counselling and Communication Skills To find out more, click here.

Can social media make you depressed?

Everything you need to know before you apply for college