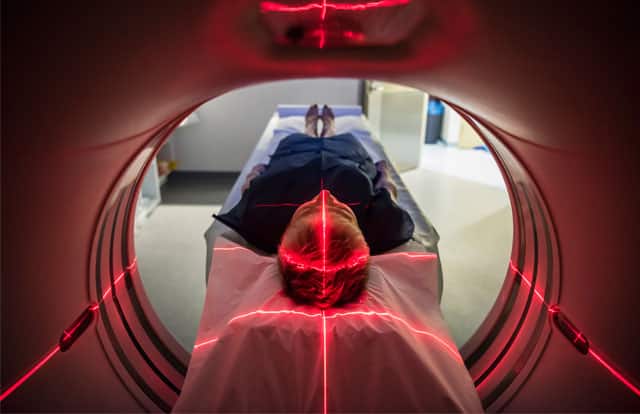 For many years, the psychiatric and psychological fraternities have been at odds over the causes of (and correct treatments for) mental illness.

The former have argued that physical brain differences are to blame for mental-health disorders and that medication and even surgery are essential for healing. In contrast, the latter maintain that recovery lies in psychological treatments, such as talk therapy. Now, thanks to new research that proves unequivocally that psychotherapy can lead to changes in the actual mechanics of the brain, the convictions of both sides have found common ground.

We have long known that the brain is a remarkably adaptable organ. For evidence of the incredible compensatory ability of brain circuitry one need only consider the story of the 44-year-old man, married with kids and holding down a steady job, who, thanks to a chance MRI, discovered he had practically no brain matter in his skull at all. Or how, just eight months after receiving cochlear implants, profoundly deaf adults form auditory processing abilities that closely match those of non-deaf people.

Early last year, a study by a group of Swedish researchers demonstrated that, after nine weeks of cognitive behavioural therapy (CBT), parts of the brains of patients suffering from anxiety disorders decreased in both volume and activity, and that this was accompanied by a marked reduction in their levels of anxiety.

“Patients with anxiety disorders tend to exhibit excessive neural reactivity in the amygdala [an almond-shaped mass of grey matter inside each cerebral hemisphere, involved with the experiencing of emotions],” explains Linköping University’s Kristoffer Månsson, the study’s lead author. “The greater the improvement we saw in the patients, the smaller the size of their amygdalae.”

In addition, socially anxious individuals have been shown to display greater neural activity in their amygdalae, but, says Månsson, the study also demonstrated that the reduction in volume of this part of the brain was associated with reduced activity here, too.

CBT – a type of talking therapy – involves people changing the way they think about and respond to their thoughts and experiences. The therapy also involves developing strategies to reduce distress and improve wellbeing and, for individuals experiencing psychotic symptoms, common in schizophrenia and a number of other psychiatric disorders, the therapy involves learning to think differently about unusual experiences, such as distressing beliefs that others are “out to get them”.

For years, CBT therapists have insisted that talk therapy can provide lasting results, especially for “milder” psychological disorders, such as anxiety disorder, depression, anger disorder and even childhood trauma. They maintain that when you address the cause of the problem (learned unhealthy behaviour), the problem and its symptoms disappear. Now, however, thanks to the research, they are able to explain why the therapy works: because it causes the brain to change in healthy ways. And what’s more, these changes can be lasting…

In another study published in January, psychologists at King’s College London not only proved that CBT strengthens certain healthy brain connections in patients with psychosis, but that this heightened connectivity is associated with a long-term reduction in symptoms and, in many cases, complete recovery.

For the study, the health of 15 participants suffering from psychosis, who had all received a six-month course of CBT, was tracked for eight years. The results showed, firstly, that the connections between key regions of the brain involved in processing social threat accurately had been strengthened. The results also showed that these changes continued to have an impact years later.

“This research challenges the notion that the existence of physical brain differences in mental-health disorders somehow makes psychological factors or treatments less important,” says lead author, clinical psychologist Dr Liam Mason, who explains that this traditional “brain bias” had made clinicians more likely to recommend medication over psychological therapies. “This is especially important in psychosis, where only one in 10 people who could benefit from psychological therapies are offered them,” he adds.

Importantly, both studies confirm what CBT therapists have known for decades: not only does talk therapy work, but that it can provide lasting results. By allowing researchers to understand what determines whether psychological therapies are effective, the results could ultimately lead to better, and more tailored, treatments for mental-health disorders.

Are you fascinated by the weird and wonderful workings of the brain? If so, why not learn more about it by studying Psychology at SACAP? The South African College of Applied Psychology offers a range of courses in psychology, including a BPsych degree, which will provide you with an internationally recognised pathway to obtaining your Master’s Degree in Psychology and, ultimately, becoming a qualified psychotherapist. For more information, enquire today.

The Importance of Leadership Training in the Workplace