Could you have High-Functioning Depression? Here is how to tell 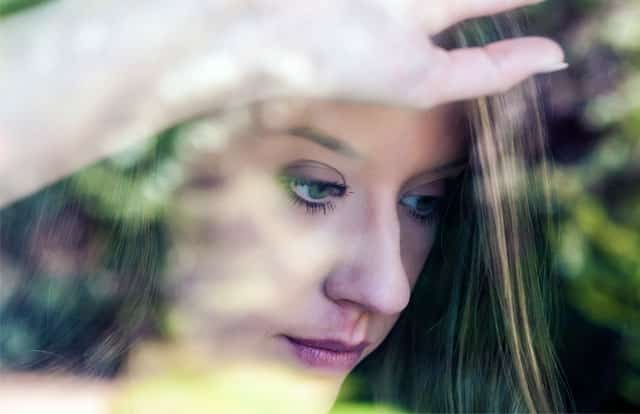 When we think of depression we imagine a picture of utter gloom: someone caught in such depths of despair and misery they can’t even get out of bed in the morning. In fact, this image can be very inaccurate – and extremely damaging. Like chronic depression, dysthymia – or high-functioning depression – causes changes in appetite, poor sleep and emotional difficulties. But it’s a lot harder to spot.

Just because someone’s depression isn’t visible, doesn’t mean it’s not real. If you were to speak to the colleagues, friends and even family members of someone suffering from high-functioning depression, they might perceive things as quite the opposite to what they really are…

The perception: “She has such a great work ethic”
The reality: She’s working herself to death

Dysthymia sufferers appear to be sailing through work when they are actually nigh on killing themselves over it. People with high-functioning depression tend to be overachievers, but, really, they will often go to excruciatingly painful efforts to keep up appearances and meet obligations. They expect a lot from themselves – a quality that may seem admirable to those around them but that can in fact push the sufferer into unhealthy territory where they are constantly beating themselves up for perceivably falling short.

The perception: “He has very high standards”
The reality: He’s relentlessly critical – of himself and others

Sufferers of high-functioning depression tend to have a constant and invasive internal narrative that’s critical of themselves, of others, and of the world in general. They see themselves as failures, their bosses as idiots, their partners as the most irritating people to have ever lived, and life as one big slog. Worst of all, this chronically negative thought pattern is something they just can’t turn off.

The perception: “I don’t know how she does it all”
The reality: Enough is never enough

Even though they are always accomplishing something, people who suffer from high-functioning depression often struggle with the sense that they are wasting time. This in turn leads to feelings of hopelessness, and thoughts that they would be better off or more appreciated if they were dead. Finding new hobbies or filling their lives with new activities offers no comfort to because they are in fact suffering from one of the symptoms of a major depressive disorder: anhedonia, or the loss of interest in previously rewarding or enjoyable activities.

The perception: “He’s so humble”
The reality: “He’s filled with self-doubt”

No matter what they achievement or how great their accomplishments are, dysthymia sufferers are never satisfied. They constantly doubt their own skills, talents and capabilities. Even when recommended or awarded they will end up disqualifying the positive, viewing success as nothing more than a fluke.

The perception: “She doesn’t look or behave like she’s depressed”
The reality: She’s using productivity as camouflage

For those suffering from this type of depression, operating on overdrive becomes a kind of disguise, effectively allowing the illness to hide in plain sight. This is what makes high-functioning depression so dangerous. Because it so easily flies under the radar, it is frequently ignored or buried, which only exacerbates feelings of inadequacy and desperation.

While there is no single reason why someone develops dysthymia, and although there is not necessarily a means of preventing it, there are effective ways to treat it. If you recognise yourself in any of the above scenarios, please speak to your doctor, counsellor or psychologist about what treatment options are available to you.

Are you interested in joining the fight against the psychological epidemic known as depression? Learning to recognize the symptoms, and treat those who suffer from it? Then a career in counselling may be the path for you. The South African College of Applied Psychology offers a range of courses, including a BPsych degree, which is accredited by the Health Professions Council of South Africa (HPCSA) and leads to professional registration with the HPCSA as a Registered Counsellor. For more information, enquire today.

Ready or not – here comes my career!