How to navigate the grieving process for a loss to suicide 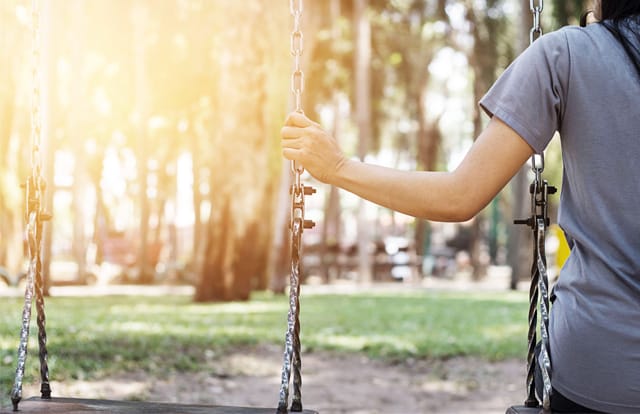 The pain of losing a loved one cannot be described, and no scale can measure the loss. The death of a loved one at their own hand, however, leaves in its tumultuous wake endless questions and untold guilt. “The signs were there, why did I refuse to see them? What could I have done to prevent this? Why wasn’t I better spouse/sibling/parent/friend?

The grieving process for a loss to suicide is a complicated business. The stigma surrounding suicide makes it difficult for others to be truly supportive. For all their good intentions, the Christmas cards I received a month after my sister took her life, wishing me a season of good cheer, left me incredulous… and feeling quite alone. Of course there were people who managed to reach into my grief-stricken daze, but, for the most part, my sister’s death was a difficult subject to broach – for others and for me. How, on the one hand, do you avoid the selfishness of the act? And how, on the other, do you explain the pain endured through 13 years of struggle with eating disorders, depression, alcohol and drugs?

They say that most suicides are in fact calls for help gone too far. My sister, who died at the age of 29, had been calling for help most of her teenage and all her entire adult life. As her family, we had tried everything in our means to answer her call. But her struggle was an intense one that left her in chronic pain, and us in frustrated despair. For many years after she died, if people asked how (which they inevitably do), I’d say she died of heart failure. It was easier than being met by the look of shock that the truth would elicit. Besides, in my mind, she really had died of a broken heart.

For what can be more heartbreaking than the loss of all hope? They say that where there is life there is hope. But really, there is no true living without hope. When my sister decided to take her own life she had not a glimmer of hope left – not for better times, not for a new start, not for another chance. She died in the same way that those with a terminal illness ultimately do – with an understanding – if not acceptance – that it is futile to hope for a tomorrow. The difference between her plight and that of, say, a cancer sufferer is that she did not want to see another day. The colour had sapped out of her life. There was no joy to be taken from watching the sky turn a violent red after the dipping of the sun. There was no pleasure to be had at the memory of a seaside holiday. There was no comfort in a hug. Her pain was too great and death offered a much-needed rest. I like to think that she has found the peace in it that eluded her in life.

While there’s no denying the devastation caused by her choice, the important thing for me to remember is that it was exactly that – a choice. When pain becomes too unbearable to live with it is natural for human beings to court death. Euthanasia is an alluring alternative to relentless suffering. Who am I to deny my sister the decision to choose rest over constant pain, to choose the oblivion of sleep over the unmanageable chaos of life, to take the last vestige of control she had over her own life and to exercise it?

I know without a shadow of a doubt that it would not have been an easy decision for her. My sister knew only too well of the gaping hole that would be left in our family by her absence. But she also had the courage, I suppose, to put an end to the suffering we felt at not being able to help her in her pain. The pain we are left with in our grief now is a longing ache, but no longer the gut-wrenching, anxious fear and hopelessness that it was before.

Seeing my sister’s death as a choice has helped me come to acceptance with it. Choice is, after all, the ultimate expression of freedom. And by making the choice she did, my sister set herself free. By understanding that no one is the sole influence in another’s life and, by recognising that my sister made a choice, I have been able to grieve her loss while no longer questioning it. I am not saying that it ever goes away but the pain now is more the ache of loss that the painful stab of incredulity and confusion and regret that came before. In the chirrup of a small garden bird, in the arch of a rainbow, in the expression on my daughter’s face, in all the things that bring me joy I am able to see my sister. And what her presence tells me every time is that, for me at least, all hope is not lost.

SACAP salutes the survivors of suicide on International Survivors of Suicide Day, which takes place on 23 November 2019. If you are having suicidal thoughts, do not hesitate to contact the Suicide Crisis Line on 0800 567 567 or SMS 31393